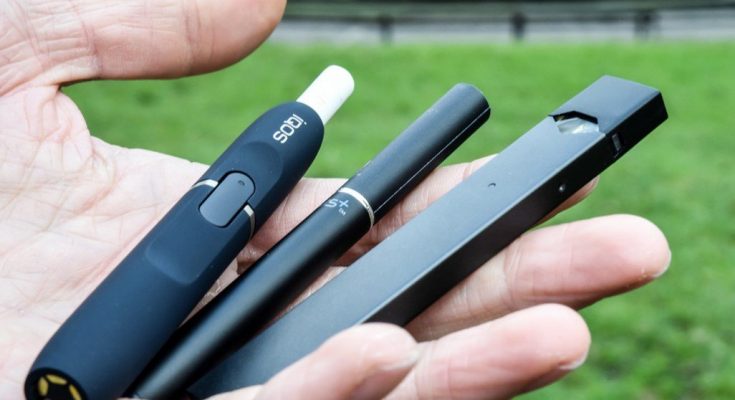 Ongoing debates about vaping often focus more on emotional debates and an incorrect perception that vaping is equivalent to smoking in terms of health hazards. Yet the science from unbiased researchers consistently shows that e-cigarettes are not only safer, they are more useful as a smoking cessation device than are other FDA-approved cessation tools like patches and nicotine gum.

Most evidence shows that e-cigarettes generate far fewer toxins than combustible tobacco and cause fewer health risks. A February, 2019 article in the New England Journal of Medicine reveals some important, and unexpected results. In a test study of 886 adults presenting to the UK National Health Service for smoking cessation, participants either received nicotine gum or traditional cessation aids, or e-cigarettes. All participants also received weekly behavioral support. After the year-long study, participants who received the e-cigarettes were substantially less likely to revert to traditional cigarettes compared to those who used patches or nicotine gum.

The definitive conclusion of the study is that, “E-cigarettes were more effective for smoking cessation than nicotine-replacement therapy, when both products were accompanied by behavioral support.” What is even more interesting is that this trial showed stronger and more favorable results than previous trials, which the article notes could be due to factors such as participants having their own free choice of flavored e-liquids. Previous studies used first-generation e-cigarette cartridge products.

The e-cigarettes were also more effective in alleviating tobacco withdrawal symptoms, and received overall better ratings than the other nicotine-replacement therapies. And finally, the study notes that e-cigarettes may have also allowed participants to better and more precisely tailor their nicotine dosage to their individual needs.

Further results showed that a switch to e-cigarettes was accompanied by a reduction of respiratory infections, and two case studies from the results showed participants that had had chronic throat and nose infections being resolved after they started to vape; the study attributes the decrease in infection to the antibacterial properties of propylene glycol and glycerin, which are common ingredients in vape liquids.

The importance of flavors

Flavored vape liquids have been subject to much debate as well, with some cities like San Francisco instituting outright bans on flavored liquids, and some politicians and unscientific studies suggesting that flavored liquids target underage smokers. The FDA issued a balanced response to this concern in November 2018 with guidance that continues to allow flavored vape liquids, but requires them to be sold in separate areas in retail stores. In the FDA guidance, commissioner Gottlieb suggested that flavors, including menthol, are an important part of using e-cigarettes for smoking cessation.

Flavors and mentholated liquids are often seen as desirable to adults who wish to use e-cigarettes as a way to quit smoking, and the availability of these – as shown in the New England Journal of Medicine article and reinforced by Commissioner Gottlieb – are major factors in why e-cigarettes are more effective than traditional smoking cessation tools like patches or gum. As such, it’s important that vendors of e-liquids continue to offer flavors, while enforcing age restrictions. Vapor Authority, one of the more established online vendors, offers a wide selection of flavors well suited to adults who wish to quit smoking.

There is a rewarding aspect people get from smoking. The nicotine itself has a physically addictive quality, but that’s not the only reason – smoking tends to be social, and there is an emotional satisfaction derived from the act of smoking as well that cannot be duplicated with patches or chewing gum. Ask any smoker – slapping a patch on one’s arm may deliver nicotine, but it falls short when it comes to the psychological rewards one derives from smoking. As smoking cessation goes, all of these tools deliver nicotine replacement therapy, but only e-cigarettes deliver the psychological need a smoker has for the physical act of smoking, a big factor in the studies that prove e-cigarettes work better than gum or patches.