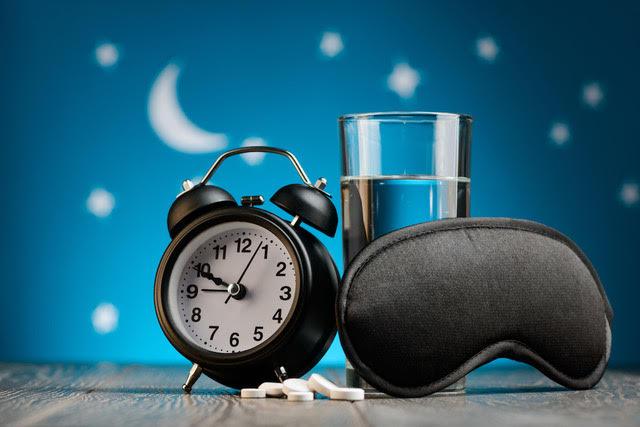 Sleeplessness is a problem for a growing number of people, with close to half of Americans failing to get the recommended amount of sleep (seven to nine hours for adults) every night. In addition to making you feel tired and highly irritable the next day, sleep deficiency, in the long run, can put you at a higher risk of developing chronic illnesses, so the importance of getting a good night’s sleep cannot be overstated. While there are several conventional prescriptions and over-the-counter sleeping drugs which can be helpful, they all come with various unpleasant side effects. On the other hand, natural sleep aids typically have far fewer, if any, side effects, and some can be equally effective as prescription drugs, such as Valium.

Melatonin is a hormone produced by the body which regulates its sleep-wake cycle. People suffering from sleep-related ailments, such as insomnia, may take Melatonin supplements to help them fall asleep. The pills should be taken just before you intend on sleeping, and while there have been some encouraging results, Melatonin supplements should only be used as a sleeping aid in the short term to avoid side effects. Specifically, one to five milligrams of Melatonin should be taken per day but only up to two weeks.

Cannabinol is one of over 100 cannabinoids present in or derived from a marijuana plant. Various studies support claims that CBN can be used as a powerful sleeping aid, with some research suggesting it could be up to twice as powerful as most prescription sleeping drugs. Furthermore, CBN is known to have very few and very mild side effects, so long as daily dosage guidelines are adhered to. CBN is usually administered as an oil, and studies suggest it is mildly psychoactive (high-inducing), though some researchers dispute this. In any case, taking CBN oil as a natural sleeping aid won’t cause you to test positive for most drug tests, and such products are legal throughout the United States as long as their THC content is below 0.3 percent. CBNOilForSleep.com has some great resources if you’d like to learn more about CBN and how it can help relieve stress, anxiety, and sleep issues.

Valerian is an herb native to regions of Asia and continental Europe, and parts of the plant’s root is used to produce a sleeping aid. Some studies have shown Valerian to be an effective natural sedative, but it is not as widely accepted as some of the other natural sleeping aids on our list. It can be taken as a tea and can be combined with other herbs and natural ingredients, such as lemon balm, to amplify its sedative properties.

Aside from being used as a natural sleeping aid, Valerian can also help with easing muscular pain, headaches, and stomach cramps. However, it can cause side effects, particularly if taken for a prolonged period of time. Such potential side effects include dizziness and an upset stomach.

As with Valerian, Passionflower can also be consumed in tea form to help tackle sleeping problems. The plant is believed to serve as a natural sleeping aid as it contains chemicals that produce a sedative and calming effect once they enter the body. Passionflower can alternatively be taken in a capsule and should be consumed daily for a period of four weeks for results to show. Passionflower shouldn’t be consumed for more than eight consecutive weeks, but you can restart the course after having a break.