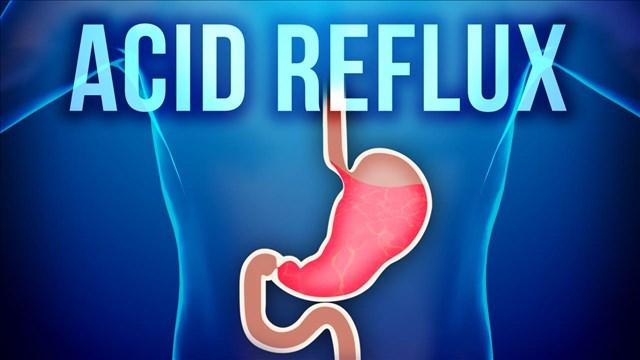 A majority of people are suffering from the problems of heartburn and acid reflux. Various commercial medications are used in order to treat the situation. However, besides medicines, certain lifestyle changes can also contribute to bettering the problem. Changing things such as your diet or sleep can make a significant difference and lessen the symptoms of acid reflux.

When content from the stomach travels through the food pipe and goes back up, this results in acid reflux and causes heartburn. If this problem persists for a long time, then it can result in a condition called Gastroesophageal Reflux Disease, also known as GERD. However, there are certain lifestyle choices one can make and natural home remedies you can try in order to prevent this issue.

What Are the Symptoms Of Acid Reflux?

As mentioned above, acid reflux occurs when partially digested food travels from the stomach upwards through the food pipe called the esophagus and into the mouth. Certain refluxes are harmless and normal and cause no symptoms. However, if this occurs often, it ends up burning the insides of the food pipe. One of the most common symptoms of acid reflux is heartburn that can be explained as a burning sensation inside the throat or chest. GERD is known as the most commonly occurring digestive disorder that people with regular heartburn and acid reflux are diagnosed with. Other symptoms of acid reflux include asthma, cough, sinus inflammation, erosion of the teeth, problems in swallowing, and tasting acidic content inside the mouth.

However, this problem and condition can be avoided if one makes certain lifestyle changes, which can enhance not only their health but also subside the effects of this condition. Hence, below are some natural ways on how you can lessen your heartburn and acid reflux, which are all supported with scientific research.

At the end of the esophagus, a ring-shaped muscle called the lower esophageal sphincter is located. It opens up into the entrance of the stomach, and it works as a valve that stops the stomach’s acidic content from going back up inside the esophagus. It is supposed to naturally open once a person is swallowing, vomiting, or belching. Other than that, it should remain closed.

People who suffer from acid reflux have a weaker esophageal sphincter, and due to it being dysfunctional, the acidic content can travel back up. Acid reflux also happens when a lot of pressure is placed on this muscle, which results in the acid squeezing through its opening. Naturally, this occurs after a person has had a large meal. Moreover, it looks like overeating can also result in worsening the symptoms of acid reflux. Therefore, it is advised to stop stuffing oneself with food in order to lessen acid reflux.

2. Raise the Level of Your Head When You Sleep

A special design of a wedge pillow for acid reflux helps you to elevate your head and upper body, which in turn helps you to sleep.

The elevation of the upper body causes gravity to keep the stomach content where they belong, which is inside the stomach. They are less likely to travel back up if you sleep using the wedge pillow for acid reflux. However, these pillows tend to lose their firmness and shape; hence, it is advised to replace your pillow after some years. There are several types of different wedge pillows available such as Miracle Wedge, Medslant, and Posthera. You should pick the one that is suitable for you and according to your preferences.

In an observational study, it was proven that carbonated drinks could increase the symptoms of acid reflux. That is why patients who are suffering from GERD are told to avoid carbonated drinks. Moreover, studies have also proven that these drinks can affect the lower esophageal sphincter by weakening it temporarily as compared to normal water. The main culprit inside these carbonated drinks is carbon dioxide gas that causes belching, which increases the quantity of acid that can reach the esophagus.

In addition to limiting carbonated drinks, it is also advised to limit the intake of alcohol and smoking in order to ease the symptoms of acid reflux.

In 2014, a study was conducted where the eating habits of individuals were looked at. People who were suffering from GERD and without it took part in the study. The people with GERD resulted in skipping a meal. In fact, people with GERD preferred having one huge meal in the evening instead of dividing that meal between their lunch and their dinner. A large amount of their meal resulted in worsening their acid reflux as it increases the quantity of food for the stomach to digest. Therefore, it is recommended by professionals that people should consume three normal-sized meals a day rather than one or two large meals if they want to avoid acid reflux and heartburn. In fact, having four to five meals in smaller quantities is proven to be much more beneficial.

5. Try to Shed Some Weight

A diaphragm is a ‘U’-shaped muscle that is situated right above the stomach. This muscle naturally supports the body’s lower esophageal sphincter. However, if there is a lot of fat on your belly, the pressure inside the abdomen can become high, which results in the esophageal sphincter to push itself upwards; hence, the diaphragm is not able to support it. This disorder is called hiatus hernia, and it is the reason why obese individuals are at a higher risk of heartburn and acid reflux. Studies have shown that extra weight in the belly can increase the chances of GERD and acid reflux. Studies support the fact that losing weight can ease the symptoms of acid reflux; hence, it should be a high priority when it comes to this condition.

In conclusion, scientists believe that changing one’s dietary habits play a major role when it comes to acid reflux and heartburn. Even though this may hold some truth, more research needs to be done in order to support and solidify these claims. Regardless, a good diet and lifestyle changes can certainly help ease the symptoms of acid reflux and make your life easy.