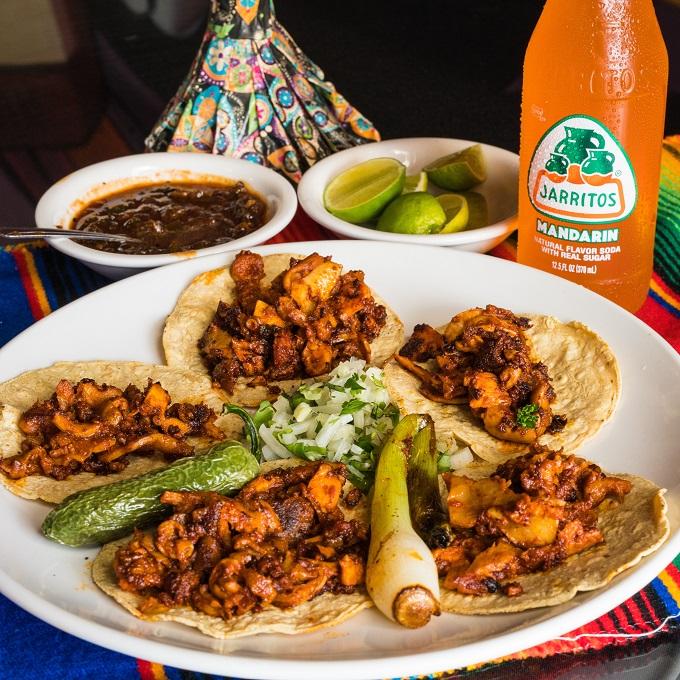 Mexico has been among the most sought-after holiday destinations on the planet for a long time. People basically visit this country to explore its archaeological wonders and get a taste of its divine cultural cuisine that has inspired gastronomic experiences worldwide.

A majority of the piquant dishes are sourced through local ingredients and influenced by its culture, from homegrown spices to vegetables and meat. Read on to learn more about which top foods to enjoy on your next vacation to Mexico.

A traditional breakfast dish that features corn tortillas which are lightly fried, cut in quarters, topped with fried eggs, chicken and spicy sauce and also cheese and cream. Chilaquiles are usually served with a big spoonful of frijoles or fried beans. If you like nachos, then you are really going to love Chilaquiles.

One of the most traditional and emblematic Mexican food to savour is Tamales, made from corn dough, filled with meat, vegetables and sauces, wrapped in banana leaves and cooked in steaming water. Tamales are a staple in Cancun, and the best part is that they are available on the streets and you don’t have to go to Cancun restaurants to enjoy them.

Read Next: How To Make Homemade Tamales (mamabee.com)

This is another speciality dish of the Yucatan Peninsula which is made by marinating pork in strong citrus juice, seasoned with annatto seeds, wrapped in a banana leaf and cooked slowly over an open fire. Try it at the Tacos and Tequila restaurant on 25 Kukulcan Blvd in Cancun and you will never taste pork the same way again.

Common on dinner tables all across Mexico, Enchiladas make for a great cheese dish, especially when it is served with root beer. Actually, an Enchilada is made by taking a large tortilla and stuffing it with beans and other vegetables along with chicken, beef or pork. The tortilla is then placed in a pan, covered with sauce and a coating of cheese. The roll is then baked until the cheese has melted and served with sour cream.

Translated into English, Arroz Con Leche means ” rice with milk”. Not only is this offering popular in Mexico, but in other parts of the world as well. The dish is actually a pudding, in which the two key ingredients are milk and rice, apart from sugar and cinnamon for added flavour. Arroz Con Leche is extremely easy to prepare and hardly requires any time or effort.

The perfect dish, served hot, to enjoy on the streets of Mexico is Tlacoyo. Thicker than the traditional tortilla, Tlacoyo is essentially an oval-shaped taco, which can be split open in the centre and stuffed with either meat or vegetables or both. The offering is then topped with Rojo sauce, shredded lettuce, cheese and onions. You can find Tlacoyo dishes almost anywhere in Mexico and are considered a real delicacy.

Found in many eateries around Mexico, Fajitas are a favourite with locals and visitors alike. They typically consist of either beef, shrimp or chicken, with onions and peppers added for taste. The peppers give the meat the flavour and a tender feel and are usually enjoyed best when filled inside tortillas.

The perfect dessert to round off your Mexican meal are Churros. They are available in a number of countries but the ones in Mexico are delicious. Churros are deep-fried dough, crispy on the outside and soft on the inside, sprinkled with cinnamon and sugar. They are usually served along with caramel or chocolate sauce or already have a sweet sauce stuffed inside them.