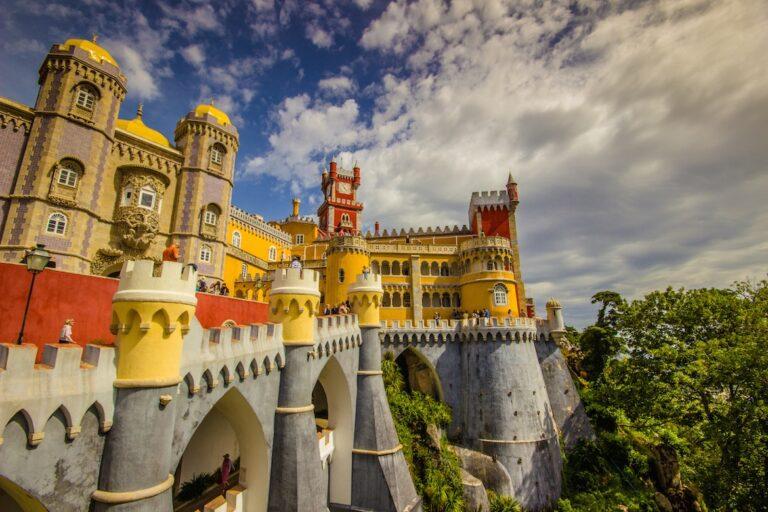 While it is one of the smaller continents of the world, what Europe lacks in size, it makes up for in style and culture. It’s often difficult to decide on a perfect place to visit, especially during the warmer months of the year. You may want to chase waterfalls in England, or bathe in the sunshine of Portugal. Anything is possible when you put your mind to it, and with the help of those who are the experts, you can find the destination you’ve always dreamed of. Many European spots stand above the rest, so, if you’re planning your next trip or just daydreaming, you must know the best and most breath-taking destinations.

Situated within the hills of the Serra de Sintra, Sintra is a delightful Portuguese town and a hidden European gem. It’s located in the South West of Portugal, and boasts a beautiful beach as well as a royal sanctuary and pastel-coloured villas and palaces. This 19th-century town gives visitors a lot to do during their time here, meaning you’ll never be stuck for something to see or explore. It is a luxury dining and tourism destination that sits on the Portuguese Riviera and is one of the wealthiest municipalities in the country. In terms of real estate, this tiny town has one of Portugal’s most expensive and sought-after real estate markets, due to a large amount of expat communities living there. Anyone looking for a place to explore but also to relax on the beach, Sintra may be the destination for you.

Any music fans reading may want to visit Liverpool, which is situated in the North West of England. It’s one of the largest cities in the UK and boasts history and culture throughout its architecture. Tourists love this spot as there are various exciting museums to visit, as well as many beaches across the surrounding borders of Liverpool. The recent regeneration of the city has also attracted new tenants to properties and developments. Companies like RW Invest have significantly contributed to the regeneration of the city. Since this has happened, there has been an increase in both tourism and local visits to Liverpool. It’s the perfect destination if you want to experience the birthplace of the Beatles and explore the hidden depths of the Northern capital.

Santorini is known for its beautiful, bright white cave houses with blue dome-topped roofs, and is an island in the South Aegean Sea, which is around 120 miles off the coast of Greece’s mainland. It is hugely popular with tourists due to the perfectly ‘Instagrammable’ locations on the island, as well as the Greek restaurants and bars available. Those looking to soak up the sun and indulge in a world of culture should give Santorini a try. An interesting fact about Santorini is that the island was the site of one of the largest volcanic eruptions in record history. The eruption occurred about 3,600 years ago and left a lot of volcanic ash deposits around the city.

A fascinating historical trip, Split is one of the biggest suburban areas of Croatia. It’s a big and busy city and remains a vibrant port but is stunningly located between the sea and mountains. The palace is the main attraction and a World Heritage Site, so there are many exciting things to do and see. Just outside the palace walls lays the Split seaside promenade, Riva, a prime people-watching spot. The destination to visit for anyone wanting a tropical holiday with culture to explore.