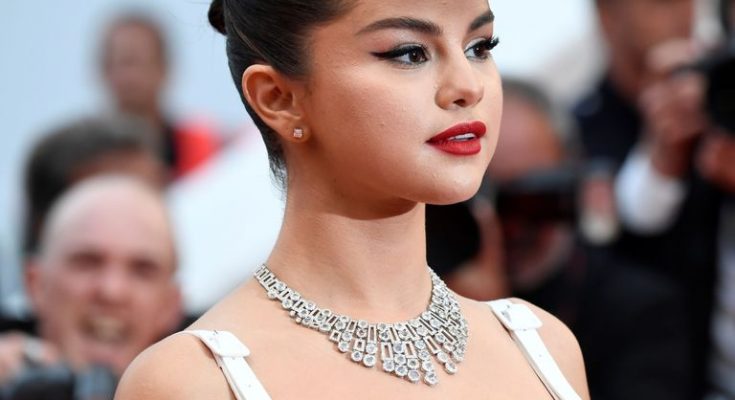 Selena has a massive fan base on Instagram, even though she doesn’t post often. The singer currently has 157 million followers, making her the fourth most followed celebrity. Only Cristiano Ronaldo, Ariana Grande, and Dwayne Johnson are above her. So, it’s no surprise that when they post something that becomes viral in a second.

This is what happened with the lastest post from Selena. The ‘Same Old Love’ singer posted a cute selfie of her tucked in bed, sleepy and a little tired. “Me, all the time,” she captioned the image. She got more than 8,5 million likes.

Me, all the time

In the picture, we can see Gomez staring bleary-eyed into the camera, wrapped in a blanket. The photo appears to be filtered through the Huji app, to get that vintage film vibe.

Selena has only two photos with more than 7 million likes. One is her selfie with Anna Collins (8.7 million), while the other is her sleepy photo with her dog Winnie (7.1 million). But, the thing is, this photo is posted only a day ago, so there may be more.

After a whole summer of being roommates, Anna, Fox and Freddy have gone home and I’m missing them already. I get to live life with the best people. I’m pretty freaking lucky.

So, why does this picture got all the attention? Is it because it’s makeup-free? Is it because Selena looks vulnerable and a little sad? Or, is it just the timing – after Justin’s wedding, which makes everyone question whether she’s sad because of him.

Anyway, if you wondered how power looks like on Instagram, Selena is here to show you. Without effort, and no more than five words, she got more than 8 million likes in the first couple of hours. Plus, with many comments to support her. We can say that Selena’s fans are truly loyal to her.

Most of the fans praised her for her beauty, while others are admiring her for being so real and honest. Some of them mention Bieber and expressed concern about her mental health.

However, Selena doesn’t want to spend too much time on Instagram.

“It is not that healthy to be on it all the time because I noticed with me, I got kind of depressed looking at these people who look beautiful and amazing, and it would just get me down a lot so I just think taking breaks is really important,” she told Coach in its Dream It Real podcast earlier this year. “But just know that most of it isn’t real. And I hate to say that, I don’t mean to be rude, but it’s very unrealistic in a lot of ways, and I think that for me, I want to protect the youngest generation because they are exposed to so much information, and I feel like that causes a lot of anxiety at the youngest age. Like, I didn’t grow up with that. I had dial-up internet. I think that sometimes people are exposed to too much, and you should really protect what you’re seeing and be mindful, be really mindful of how it makes you feel.”

This may be the reason why, when she shares a vulnerable photo like that selfie, she is admired by all of her fans.