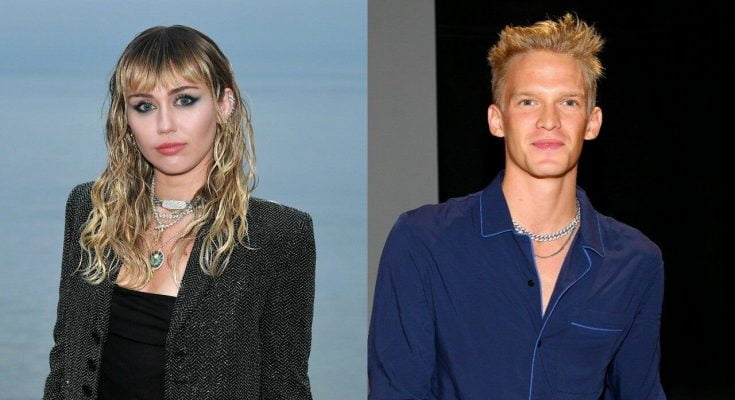 Miley Cyrus and Cody Simpson are all over each other and they aren’t shy about it. During the last few weeks, the couple shared a lot of photos of the two of them. First, while Miley was in a hospital, Cody came to visit her. Next, he went to her place and took care of her while she was recovering. Miley responded by leaving some sexy comments on a couple of his photos on Instagram. Cody made a romantic gesture and played for her. Moreover, Cody even said that he recorded a song inspired by Miley, which will come out next week.

It seems like things are going really good, really fast.

Now, the last thing we found is that the couple got themselves new tattoos. Both, Miley and Cody shared photos, posing in front of a mirror and showing their new tattoos.

The tattoos were done by the tattoo artist Nico Bassill. Cody got a skull and crossbones inked on his chest. Miley, on the other hand, got a bleeding heart with a knife through it and the words “Rock N Roll Heart” on her arm.

On the photos that Cody Simpson posted you can see him posing shirtless while Miley’s hand is down his pants.

Cyrus shared a similar black-and-white shot on her own Instagram page, dubbing herself and Simpson “Tat Queen / King.”

The new tattoos come after Cyrus referred to Simpson as her “boo thang” and “BF, which made fans belive the couple is becoming very close. However, a source told ET that “Cody and Miley have no plans to start dating each other exclusively. They both just want to have fun and are open and honest with each other about that.”

Apparently, “Miley and Cody have been friends for years. They have hooked up in the past,” the source claimed.

The source also revealed: “Miley and Cody talk to each other about everything. They are very close and feel comfortable sharing details with each other about their lives. Cody’s friends would describe him as a ‘player.’ He adores Miley but isn’t looking for a lifetime partner or even a girlfriend at the moment. Cody and Miley are in the same social circle and both have firsthand knowledge of what it’s like constantly being in the public eye,” the source continues. “He is safe to her because they have been friends for years and she feels no pressure at all.”

And, when it comes to Miley, the source told ET that “Miley wants to show people she isn’t willing to change to satisfy others. She wants to be open and honest and hook up with whomever she pleases. Right now, Cody is that person.”

Are these rumors true? Because even though it seems like they both want their relationship to be casual, fans are noticing how fast how close they’ve become.