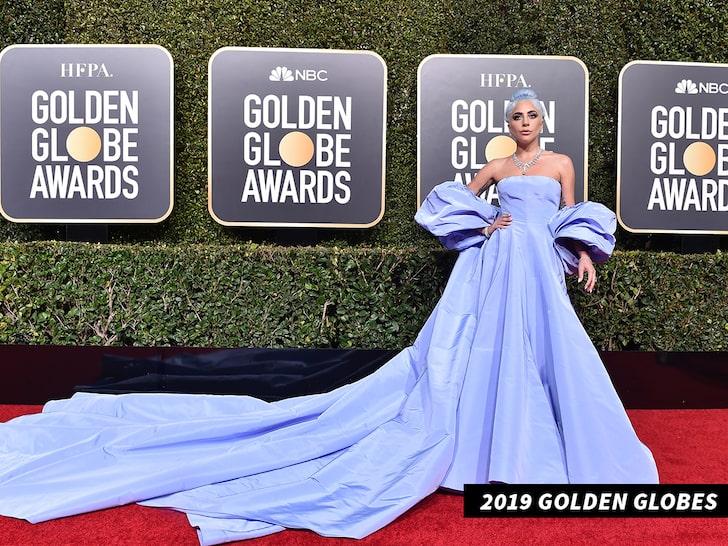 Lady Gaga wore an amazing blue gown this year’s Golden Globes awards. The dress was designed from Valentino, and everything looked perfect until the dress showed up at Nate D. Sanders Auctions with a starting bid of $8,000. Valentino claimed the dress was stolen. Long story short, the police got involved and things escalated quickly. Here’s the full story.

What happened and why did the dress ended up at the auction?

Last January in Los Angeles, when the awards took place, Lady Gaga was staying at Beverly Hilton. After the show was over and the pop star had left the hotel, the cleaning service was sent to prepare the room. The maid assigned to clean the room Lady Gaga stayed in claims to have come across the Valentino Haute Couture periwinkle blue dress while cleaning. According to the police report, the woman said the dress was left behind, so she took it the lost and found. However, since no one claimed the dress for months the hotel gave it back to the maid as a gift.

The woman is now trying to sell it, to make a profit out of it.

As evidence, the maid, Sara Corea, a longtime staffer at the Beverly Hilton, claimed that Gaga, 33, “left” the designer gown in her hotel room post-Globes in a letter. She states that she didn’t steal anything. Once the dress was returned to her as a gift, she decided to put it up for auction.

The maid worked at the hotel for 24 years, and she always worked the Globes.

Gaga wore the dress while winning a Golden Globe for “A Star is Born.”

What Does The Hotel Had To Say?

Normally, representatives for the Beverly Hilton were contacted to give confirmation for the story. They denied the dress was stolen but confirmed it was never meant to be sold.

“While we are still conducting an internal investigation to understand all the facts, we have no reason to believe the item was stolen,” the rep told Page Six Style. “We are working with all parties to retrieve the item and have it returned to its rightful owner as soon as possible.”

Traditionally, designer dresses are only loaned to celebrities, they’re not gifted nor bought. The idea is once the celebrity wears the dress on the big red carpet to return it to its designer. However, sometimes it can happen that the dress is actually gifted.

In this case, TMZ reported that the dress didn’t belong to Gaga, but to the designer, Valentino.

Valentino believes someone outright stole the dress and has either gone to the police or plans to go to cops.

For now, we know that the incident is being resolved between the designer and the hotel. Valentino hopes that the dress will be removed from the auction and returned to him.

However, the most recent updates from TMZ reveal that a rep for the auction house told them the auction will continue as planned, and they followed proper procedures in obtaining the dress.