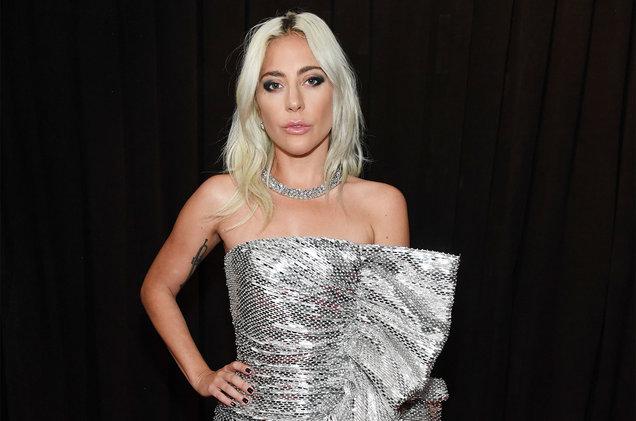 If you’re a rock star, falling off stage during a performance is something you’re probably familiar of. Or, in other words, we all remember the infamous falls of many celebrities we’re a fan of. It’s no big deal, it has happened to the best of the best. Justin Bieber, Madonna, Katy Perry, Iggy Azalea, Jennifer Lopez, Pink, Paula Abdul, Rami Malek, Luke Bryan, and the list goes on.

Well, the latest incident involved Lady Gaga and a fan from the audience, Jack. On Thursday night at Park MGM, in Las Vegas, during her residency show, ‘Enigma’, Gaga called a fan to join her on stage.

The moment was exciting, everyone was cheering when Mother Monster gave the showgoer a hug. She wrapped her legs around him and was scooped up into his arms. After playfully bouncing around for a bit, the fan fell off the stage— taking Gaga down with him.

Many of the fans even caught the moment on camera. One of them, who was in the front row, shared the video on twitter commenting: “Holy shit, Lady Gaga just feel right in front of me.” The fan also wrote: “Holy shit I can’t believe I got that on camera. Wait for her to fall, holy shit,” clearly excited.

Another fan posted a video showing support admiration for how Lady Gaga handled the situation. “@ladygaga
is really a one precious human being 🥺❤️ #ENIGMA,” the fan wrote.

“Everything is OK,” she reassured the crowd. The only thing that’s not OK is we need some stairs for the damn stage so I can get back up,” the singer joked. After that, the star asked the fan if he was okay.

It seems like Jack (the fan involved in the incident) was upset about the whole thing, and was in tears.

“You all right?” she asked him, bringing him back to the stage. “Come on. Everything’s fine. It’s not your fault. Let’s go.”

To make sure the fan wasn’t feeling guilty about the fall, she invited him back on stage to join her at the piano. “It takes two to tango,” she said. “You know what we did? We fell into each other’s arms tonight,” she said. “We’re like Rose and Jack from the Titanic.” After this, the singer started singing one of her songs.

Many fans accused Jack of the fall, but Gaga wanted to show everyone she is okay.

She shared her post-show routine on Instagram after the show, ensuring everyone that everything is back to normal.

However, she also posted another photo revealing that she had to X-ray her entire body.

“When they have to X-Ray almost your entire body…Just Dance. Gonna be ok👌” she captioned the photo.