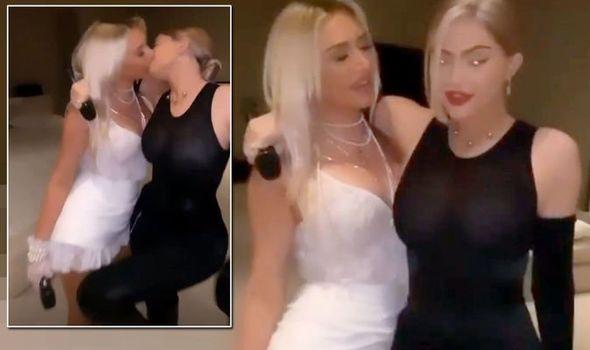 Is there a new queen of Halloween? Because everyone is talking about Demi Lovato’s Spooky It-themed party for Halloween last Saturday. According to rumors, it was a huge party with many A-listers from Kate Beckinsale to Ashley Graham.

However, the headlines today are focused on Kylie Jenner, and not for her habit of stealing the spotlight. Everyone was more concerned about the car accident, she was involved in on her way to the party.

Lovato held her party at the Hyde Lounge in West Hollywood. Normally, Kylie Jenner was one of her guests. According to several reports, the star hit another car while on her way to the party. 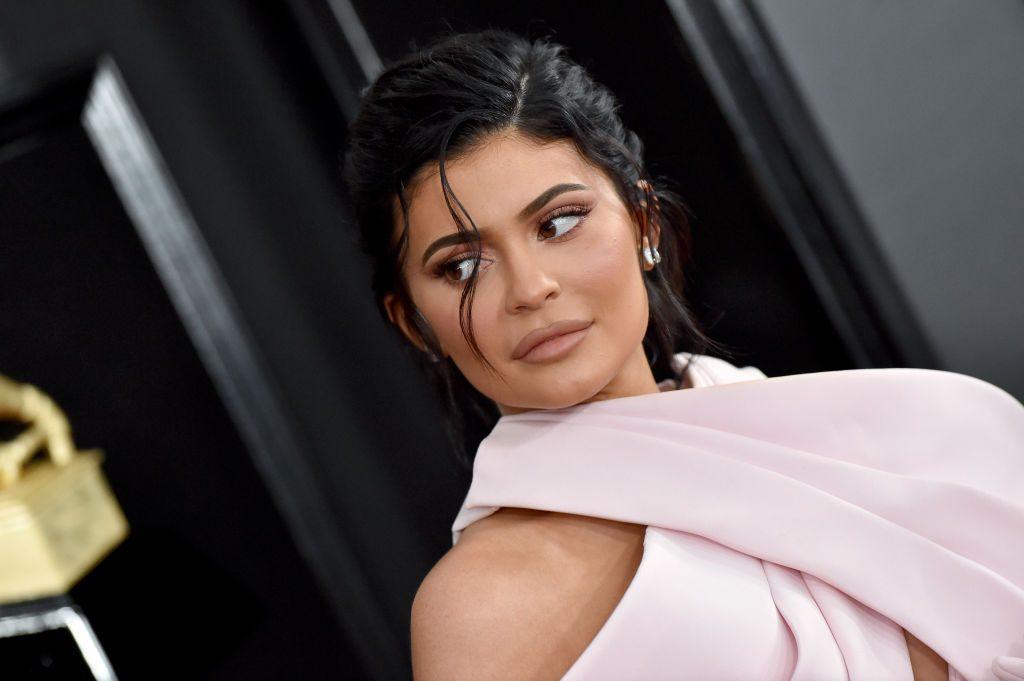 Well, to be clear, Kylie did not drive but it was her driver who hit another car, while Jenner was in the back seat.

Inquisitr reports that Kylie was riding in her Range Rover with her BFF, Stassie Karanikolaou when her driver backed into a Honda in the parking lot of the famous club, where she was hanging out with Sofia Richie. No one was injured and the reality star and her driver left the scene shortly after bumping into the other car to head to Demi’s Halloween party.

However, some sources say that instead of Demi’s party, Kylie stayed to party with Sofia for the rest of the night. Or, did she? Others report that Kylie was at Demi’s party. In either case, the reality star had a great night for sure and wasn’t bothered by the accident.

What was Kylie’s Costume For Halloween?

We got a lot of photos showing Kylie dressed up as Madonna, while her friend dressed up as Britney Spears. The duo was recreating the 2003 MTV VMAs event. And, of course, to make it real and interesting, the two reenacted the famous kiss between Madonna and Spears that took place on stage during the awards show. 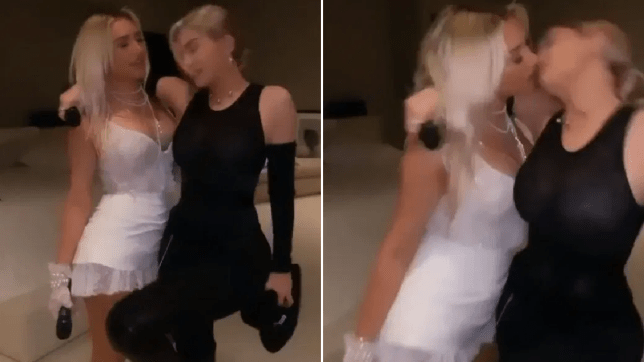 We’re sure glad everything turned out okay at the end, and that Kylie’s night wasn’t ruined. After all, it was a big party and memorable event according to the photos and whispers we god.

Demi really did an epic Halloween blowout. “She threw the party because she was inspired by the It sequel and had never dressed up as Pennywise,” says a source close to the star. “The full look took about three hours to complete!”

People magazine shared photos and showed eveyone that Demi fully committed to the theme. The star transformed Hyde’s entrance into a clown maze complete with stilt walkers and characters jumping out to scare her guests.

Paris Hilton came dressed in a schoolgirl uniform. YouTuber Nikita Dragun dressed up as an anime character. Travis Barker channeled Joaquin Phoneix version of the “Joker”, while Kate Beckinsale came as Audrey Hepburn in Breakfast at Tiffany‘s. Ashley Graham was the real version of Jessica Rabbit and Ally Brooke dressed as Cat Woman.