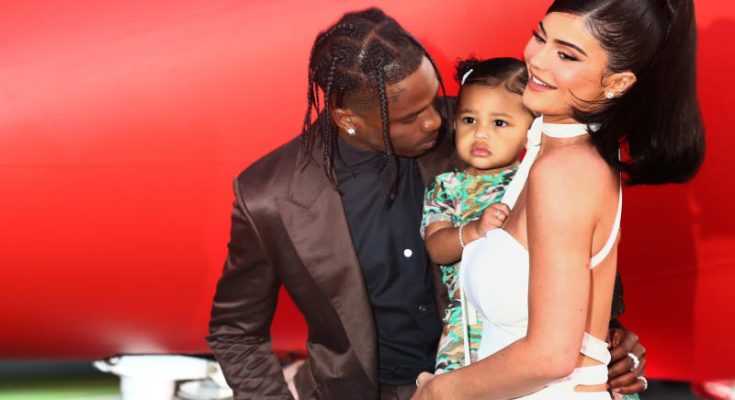 Yesterday, TMZ broke the news that Kylie Jenner and Travis Scott are taking a break from their relationship. Today, we got new information that Kylie saw Tyga while having a girls’ night out with her best friends. Is this just a coincidence, or is there more to the story?

There have been speculations about the relationship between Travis and Kylie recently since the two love-birds were nowhere to be seen together. Apparently, the couple was last seen together during the “Look Mom, I Can Fly” documentary premiered in Santa Monica on Aug. 27. Travis and Kylie appeared there with little Stormi, looking like a happy family. But, something happened after this event.

Since Aug. 27 the couple hasn’t appeared together in public, and Kylie hasn’t posted anything with Travis since Sep. 10. Sources told TMZ that the couple had “been trying to make the relationship work for a while”.

E News later added more details to the story, claiming that the couple had not “officially called it quits” but were instead “taking space apart”. Even more, it seems like this isn’t the first time Kylie and Scott are taking some time apart to work on themselves. Nevertheless, baby Stormi stays the number 1 priority for both of them.

Kylie and Travis first got together during Coachella in April 2017.  After which the two quickly became inseparable. Jenner even spoke about their beginnings openly, stating: “We had a lot of downtime. It was organic. We would just go to these random cities. We got to not be who we really were. If we were in LA, I feel like it would’ve been way different. Everything happened for a reason.” It wasn’t long after when she became pregnant with Stormi. The couple was together for 2 years. Will they continue to be?

Kylie Jenner reunites with Tyga during girls’ night out!

This doesn’t seem like a permanent goodbye, but things might get a lot more complicated now that Tyga appeared in the picture. On Tuesday night, Kylie went out with her friends Stassie and Kelsey, and they encountered Tyga with some of his friends. The gang hung out together for a while. A source told E News that the story isn’t as juicy as it seems since there’s nothing between the Tyga and Kylie, but the timing couldn’t be worse.

Nevertheless, Dailymail‘s sources are telling a different story. After they all hung out, the party continued in Tyga’s recording studio until 3 AM. So, what really happened and how is Travis going to react to all of this, is still left to our imagination.

What we know is that the 22-year-old star had an on/ off relationship with the rapper between 2014 and 2017, and she moved on with Travis soon after their break-up.