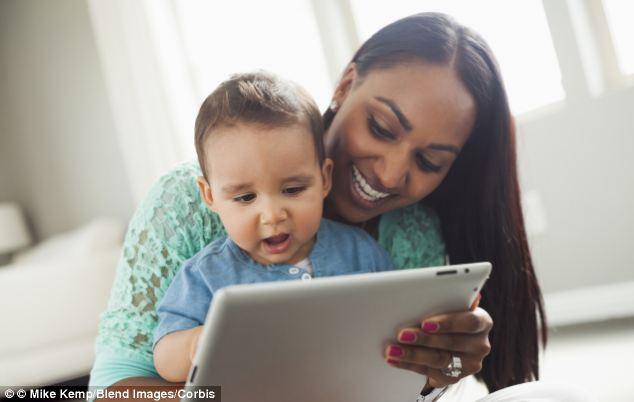 Even our kids play with them.

New research indicates something we see every day.

You know how older people say don’t use your technology too much, you’ll suffer from it.

Somehow we got used to it. We don’t pay so much attention to that anymore.

Well, some researchers wanted to dig deeper in that.

Technology took a huge part in our lives.

We are desperate without our smartphone, tablet or any other gadget on our table.

Do you want to know the worst part?

Our kids got used to them, too.

Scientists picked this subject as the main problem here.

They wanted to find the connection between kids and handheld devices.

The results came out. They are not so good.

It indicates that the devices we are giving to our kids are harming them.

These devices have a direct impact on the critical factors for behavior, development and learning.

Researchers found 10 reasons why children under the age of 12 shouldn’t be given handheld devices.

Let see what they are:

Did you know when a child is 0-2 years old, the brain triples its size until it’s 21 years of age?

The brain continues to grow until the 21st year.

Early brain growth is determined by lack of thereof or environmental stimuli.

The stimulation of early technology exposure is tightly connected with executive functioning and attention deficit.

On top of that, this could lead to impaired learning, increased impulsivity and not being able to self-regulate.

No, your kid is not grown enough if you give or buy them a smartphone.

Exactly the opposite could happen.

“When the children under the age of 12 use technology, they suffer from delayed development. – The study shows.

It restricts the movement, which is crucial for enhancing attention and learning abilities.

Kids who have some advanced technology in their rooms have 30% bigger risk of obesity.

And you know what comes when your kid is obese.

Kids love their technology. They tend to use it whenever they can.

I know you said to reduce the usage. They found a way to hide from you.

When they go to sleep.

This study showed that 75% of the children are using tech in their bedrooms.

All of them are sleep deprived.

Not getting that good night sleep thanks to their tablet or smartphone, they fail to concentrate and achieve their goals.

This one is really tough.

When your kid overuses the technology it could result with high levels of depression, disorder, anxiety, attention deficit, bipolar disorder, autism, etc.

This study showed that 1 of 6 Canadian children is diagnosed with mental illness.

Why taking that risk?

Have you noticed something strange in your kid recently?

But that “something” is familiar. You’ve seen it somewhere.

Is it possible it could be from some recent game he plays or mimicked from a TV Show?

Studies show how this could become a bigger problem. They could develop serious and uncontrolled aggression.

I didn’t even know what this means.

Spending a few hours of research, I found something like this.

From the entire high-speed media content, kids could contribute to attention deficit.

This leads to losing the ability to concentrate, memorize and learn.

Their addiction is making them bring their smartphones to the table.

This leads to family detachment. They are absent.

If you ask them something, they won’t answer.

When the parental care is not here, the children are always looking at their devices.

This is a well-known topic.

Lots of studies say there is huge radiation in these tech devices.

The people from cNET even did this to prove which smartphones have the biggest radiation levels.

Your kids sit in front of their devices for so many hours.

This is how they suffer from eye-strain. They stare at the smartphone’s screen for too long.

They won’t understand if you tell them that this is from staring too much in their smartphone.

You have to have a different approach.

Kids can really relate to something that is interesting for them.

Try different approaches. Something must be more interesting than the videos they see on the Internet.

You know, there are lots of things you can do together.

Show them the good world outside their smartphones or tablets.