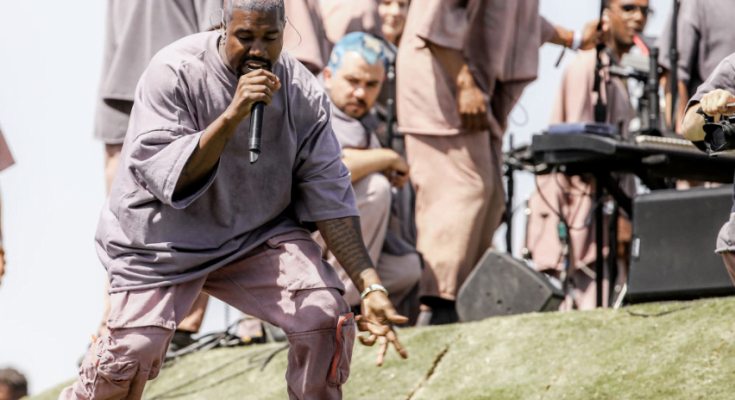 Finally, the rapper dropped his ninth album “Jesus Is King”. Kanye released his eagerly awaited album on Friday. It was a little later, but the artist thanked his followers for their support and loyalty.

“To my fans Thank you for being loyal & patient,” the tweet read. “We are specifically fixing mixes on “Everything We Need” “Follow God” & “Water” We not going to sleep until this album is out!” The rapper tweeted two days ago.

Thank you for being loyal & patient

We not going to sleep until this album is out!

And, before this West tweeted a tracklist to prepare the followers for what’s coming.

In the new album “Jesus Is King”, Kanye included the tracks, Every Hour, Selah, Follow God, Closed On Sunday, On God, Everything We Need, Water, God Is, Hands On, Use The Gospel, and Jesus Is Lord.

The fans waited for this album ever since Kim Kardashian posted a photo of the tracks titles on her Twitter account. The photo showed the track’s titles handwritten with the date September 27th on the bottom.

However, nothing happened in September. Pitchfork reported that West talked to the crowd a bit about his Coachella Sunday Service held this year during the music and art festival that period.

“I wasn’t fully saved during Coachella,” West reportedly said. “I came to know the truth and joy of Jesus. This album is an expression of the gospel.”

While talking to Elle Kim Kardashian shared her opinion about the new album. “It’s honestly more like a healing experience for my husband. It’s just music; there’s no sermon. It’s definitely something he believes in — Jesus — and there’s a Christian vibe. But there’s no preaching. It’s just a very spiritual Christian experience.”

Inspiration For The Album

“Everyone that comes understands it’s just a really healing experience with an amazing choir and amazing messages about love to start off your week,” Kim continued saying that it is open to people of all faiths.

Kanye West made a surprise appearance on Jimmy Kimmel Live! in Brooklyn on Thursday night, 24h before the new album dropped.

In the interview, the rapper talked about his album and also how his perspective on having a family has changed since last year.

“Now that God has called me, and I now have given my life to Jesus Christ, and I work for God. Now we have Christian innovation in our time,” said West.

“I feel that God is using me, and using the choir, using my family to show off.”

Kanye also shared that his daughter North West wants to go to church and has a positive association with attending. Something which he truly loves.

“I have a family. I have four children. I’ve been married for five years. And the perspective, because you asked me a question last year, did having a daughter changed my life, and I’ve completely turned around from what my perspective was last year to where it is now. And I feel like there’s so few individuals in a position like mine to be able to give their opinion and stand up and say that this is what family is about, and I feel that God is using me, and using the choir, using my family to show off.”