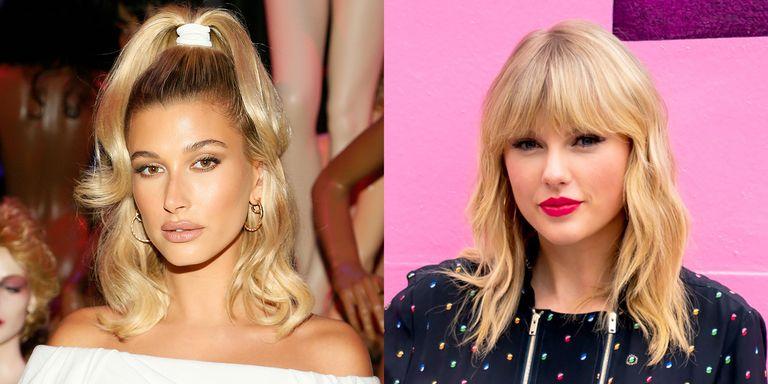 The history between Justin And Taylor was never great. And, it seems like the feud won’t end anywhere in the near future, now that Justin posted a video mocking Taylor Swift’s Post Surgery Video.

If you still haven’t heard, Taylor Swift had a LASIK eye surgery earlier this month, and while she was recovering her mother took the opportunity to videotape her cute and funny behavior after the surgery. We all know about this, because Andrea Swift, Taylor’s mom, send the video to Jimmy Fallon.

It’s hilarious and if you still haven’t seen it, go watch it right now.

We all had a bid laugh, sure, but Justin and his wife Hailey took things too far.

During an Instagram Livestream on Sunday, Justin reenacted Taylor Swift’s epic post-Lasik surgery meltdown. While Beiber was “mimicking” Taylor in the kitchen, yelling “it’s not the banana that I wanted. It’s not the right banana. It has no head.” Hailey was filming the whole thing and laughing.”That was so funny” you can hear her.

Now. you might think this is not such a big deal, and you’re probably right. But, because of the bad history between the two singers, fans got really mad at the newlyweds.

In June, the public found out that Scooter Braun’s company, Ithaca Holdings, bought Big Machine (Swift’s old record label), for $300 million. With this move, Scooter became the owner of all the albums Swift recorded during her time at Big Machine, which is five out of six albums. This means that, all the profits from the “Shake It Off” singer’s music will go to Brauns company and a percentage to the artists.

This is not unusual since artists rarely own the masters’ rights to their music. But, under certain circumstances, like in this context – when a company is bought out, the artist should be given the opportunity to buy out their own music. According to Taylor, she never had that chance.

In a long, Tumblr post, Swift expressed she feels “sad and grossed out” by the whole thing.  In the letter, the “Lover” singer referenced the moment Scooter Braun’s client, Justin Bieber, posted a FaceTime screenshot of himself laughing with Kanye West with the caption: “Taylor Swift what up”.  And, we all know the bad blood between Taylor and Kanye West. Swift even referenced that moment as “Or when his client, Kanye West, organized a revenge adult music video which strips my body naked. ”

After the letter, Justin posted an Instagram photo, directed at Taylor where he apologized and defended his manager, Scooter Braun in the meantime.

Hey Taylor. First of all i would like to apologize for posting that hurtful instagram post, at the time i thought it was funny but looking back it was distasteful and insensitive.. I have to be honest though it was my caption and post that I screenshoted of scooter and Kanye that said “taylor swift what up” he didnt have anything to do with it and it wasnt even a part of the conversation in all actuality he was the person who told me not to joke like that.. Scooter has had your back since the days you graciously let me open up for you.! As the years have passed we haven’t crossed paths and gotten to communicate our differences, hurts or frustrations. So for you to take it to social media and get people to hate on scooter isn’t fair. What were you trying to accomplish by posting that blog? seems to me like it was to get sympathy u also knew that in posting that your fans would go and bully scooter. Anyway, One thing i know is both scooter and i love you. I feel like the only way to resolve conflict is through communication. So banter back and fourth online i dont believe solves anything. I’m sure Scooter and i would love to talk to you and resolve any conflict, pain or or any feelings that need to be addressed. Neither scooter or i have anything negative to say about you we truly want the best for you. I usually don’t rebuttal things like this but when you try and deface someone i loves character thats crossing a line..

So, you can see how a couple of months after the apology, Justin making fun at Taylor, is not going to be received good among the fans.

BuzzFeed News shared some of the reactions. One of them reads “I’m not Taylor Swift’s biggest fan but I *@#$ respect her, she has everything she has because she fought for it, and this little asshole Justin Bieber a few months ago was begging for her forgiveness and now is making fun of her again?”

Justin hasn’t responded to anything yet, but his wife entered “apologized” and then continued to fight with some of the fans on twitter, which might make everything worse.