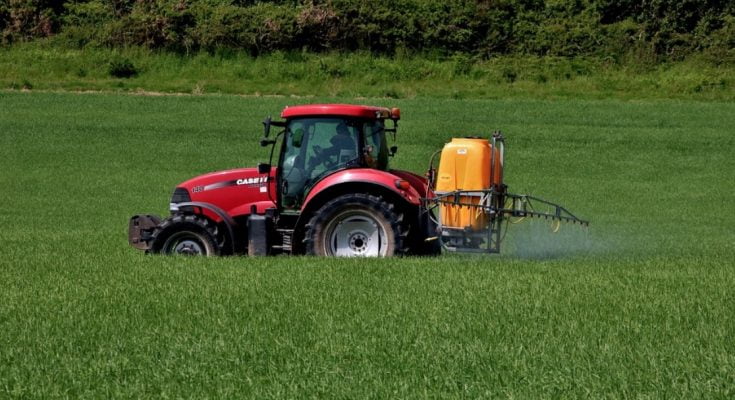 Agriculture is one of the huge sectors that’s contributing a substantial percentage to the global economy. The Roundup is a big name in the weed killer industry that has received national recognition for increasing worldwide crop production. The history of Roundup dates back to the early 1950s. The reputation of this weedkiller, has, however, been subject to controversy. There are several claims linking the chemical composition of Roundup to health complications. That said, this herbicide has been attracting lawsuits over the years since it was first linked to deadly diseases such as cancer. Below are all you need to know about Roundup.

The rise of Roundup

Glyphosate, a broad-spectrum crop desiccant, was first discovered by a Swiss chemist, Henri Martin in 1950 but it wasn’t until 1961 when it was patented as a descaling agent used for cleaning water pipes. In 1970, scientist John Franz of the Monsanto agricultural company conducted further research on the compound as a water softener before concluding that it could work as an herbicide.

A well-formulated weed killer compound was introduced into the market in 1974 under the name Roundup and its use has extended beyond national borders. With the increased use of this product in food production, the company introduced roundup-ready crops such as corn and soybeans.

The use of Roundup in crops is speculated to have risen nearly by 2000% between the years 1992 to 2016. During this extended period, the rate of glyphosate observed in humans rose by 500% and this represents more than 700 products containing this compound in the U.S.

The heated debate on whether or not Roundup is carcinogenic has led to more product liability lawsuits being filed in various parts across the United States. In 2005, the World Health Organization International Agency for Research determined that glyphosate was a likely carcinogen.

A 2009 French study found that Roundup was a major contributing agent to liver problems while a 2013 NCBI report linked glyphosate to breast cancer cells growth via estrogen reception. Several other internationally published reports have concluded that Roundup led to changes in DNA; such as shortening telomeres. The latter showed to predict life span.

The other health issues linked to this infamous compound goes further to affect newborns and the expectant mothers. A 2018 report linked Roundup exposure to shorter pregnancies, birth defects such as microcephaly, and brain cancer in newborns and children.

Monsanto, the parent company to Roundup has been at the forefront in fighting all the negative claims associated with their products. While this company has somehow succeeded in buying time and convincing the top authorities, it’s clear that their impression may not last. As of 2018, there were more than 10,000 lawsuits pending against the new owner of Monsanto, Bayer.

Various states and cities have set up rules prohibiting the use of glyphosate products within their jurisdictions. Chicago, for example, banned the use of this product in public parks while Warwick, Massachusetts prohibits the use of Roundup within the town. At least 13 countries have banned Roundup and several legislators in the United States are now amending laws to rule out the controversial herbicide. More cities are taking action and Miami recently banned glyphosate, the active ingredient in Roundup. This comes at a critical time when several studies have shown that glyphosate-based herbicides disrupt human endocrine cells.

In 2018, a California jury ruled in favor of a plaintiff and fined Monsanto $289 million as compensation to a school groundskeeper who developed non-Hodgkin’s lymphoma. In 2009, a French court ruled that Monsanto misled consumers with ads declaring Roundup to be safe and biodegradable.

Effects of Roundup in the food sector

Since Roundup was used in crop production to control weeds, it’s shown that the product residue in food has kept increasing. High levels of glyphosate have been recorded in various researches done to the oat-based breakfast served to schoolchildren. In one study, all the orange juice samples were reported to contain higher than acceptable levels of glyphosate per standard units.

In a 2018 report by the Canadian Food Inspection Agency, officials confirmed that 30 percent of the food they tested contained chemical traces from Roundup. This concludes that depending on the type of crop used to process a given class of food, it’s likely that the food taken by the average individual has been exposed to Roundup.

With the debate on how harmful or even fatal the weedkiller is to plants, humans, and animals; more studies and researches are being conducted, day in day out. Several experts in the health, technology, and research sectors have given their views on this heated conversation and it seems all are leaning away from Roundup and glyphosate products.

Apart from the current trends advocating for a total ban on this questionable weedkiller, there is a great push in the agricultural sector for the adoption of more sustainable techniques of controlling weeds. This will not only see greater changes and improvements in agriculture, but will also get rid of health issues associated with Roundup use.