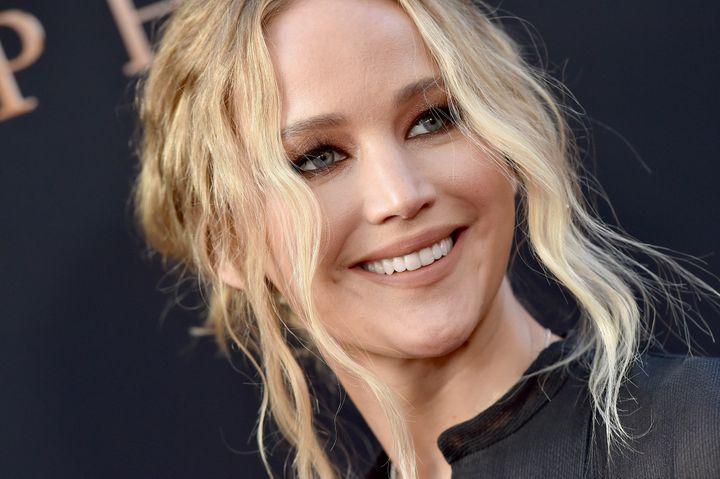 It’s been a year since Jennifer Lawrence announced she’s taking a break from acting. The actress revealed she’s taking year-long hiatus from the big screen to focus on engaging young people in politics. However, people were more interested to find out that during that time Jennifer found her soulmate who she married yesterday.

Lawrence was first spotted with the art gallerist, Maroney, in June 2018. According to a source close to the couple, the two were introduced to each other through a mutual friend. After which, Jennifer and Cooke dated for roughly eight months before getting engaged in February 2019.

And now, People Magazine confirmed that the Oscar winner and New York City-based art director tied the knot at a mansion in Newport, Rhode Island, on Saturday.

Lawrence and Maroney held a wedding reception for their 150 guests, including Adele, Amy Schumer, Kris Jenner, Ema Stone, and many other A-listers at the luxurious Belcourt of Newport, a mansion in Newport, Rhode Island.

According to People, Lawrence walked down the aisle wearing a Dior wedding dress.

Metro reveals that the main course was just as fancy with wood-roasted fish with herbs and lemon-infused butter and five-week-aged leg of beef with foragers sauce on the menu.

All in all a very fancy wedding.

More about Jennifer And Maroney’s Relationship

However, Lawrence called Maroney “the greatest human being I’ve ever met.”

It seems like Jennifer always knew he was the one.

In a rare interview with Entertainment Tonight, the actress opened up about her relationship with Maroney. ‘He’s the greatest human being I’ve ever met. I wasn’t at a place where I was like, “I’m ready to get married.” I just met Cooke and I wanted to marry him. We wanted to marry each other, we wanted to commit fully. He’s my best friend, so I want to legally bind him to me forever,” she joked.

“And fortunately the paperwork exists for such a thing. You find your favorite person on the planet and you’re like, ‘You can’t leave!’” The actress continued to joke.

This is why getting engaged was an “easy decision” for the actress. “It was a very, very easy decision,” she said.

We wish them many years of happiness together.