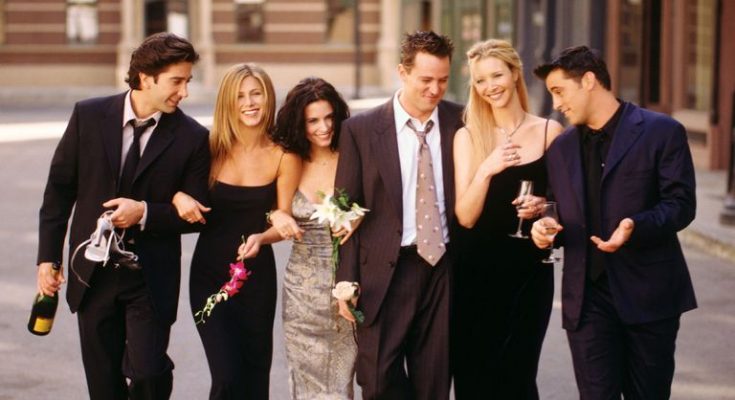 Who here doesn’t love ‘Friends’? It’s hard to find a person that hasn’t been wishing for a ‘Friends’ reunion for the last 15 years. Yes, this year the wildly popular sitcom celebrated 25 years since it first aired. Warner Bros, and the actors themselves made a big deal over this milestone. So, people started thinking aging – Could it be? Would we get a ‘Friends’ reunion?

The writers crushed our hopes and dreams without mercy. Marta Kauffman, a co-creator of the series didn’t hesitate to tell it as it is.  She said: “The show is doing just fine (in reruns), people love it,” she said, likely referencing the show’s resurgence in popularity since it hit streaming services. “A reunion] could only disappoint ― ‘The One Where Everyone’s Disappointed.”’

Jenifer Aniston, however, is more open to the idea, saying that co-stars Lisa Kudrow and Courteney Cox are also on board, while the boys are a little less excited about it.

This lines up perfectly with what Matt LeBlanc said last year: “To see what those characters are doing now, I think it’s almost a case of that the book is better than the movie,” he told The Independent. “Everyone’s imagination of what they’re doing now is better.”

Okay, they may be right. It might be for the best. We have something that for many people is perfect and close to heart, so why

Nonetheless, this doesn’t stop the cast to make us feel nostalgic and over-enthusiastic over their real-life friendship.

After avoiding social media for years, Jenifer Aniston decided to join Instagram and actually chush it with her first post ever.

For the first time ever, long after the show ended, all of the six friends are together on the same table. And, they look so happy and cute. It’s no wonder why people lost their minds.

Just a few hours after Jenifer joined Instagram, hundreds of thousands of fans rushed to her account to follow her. And, when she posted the photo, it didn’t take more than a couple of hours to get millions of likes and a couple of hundred thousand comments.

At the moment, only 14 hours after being posted, the photo has more than 7 million likes.  And, the numbers go up by the second! It’s crazy!

Of course, Instagram also welcomed her in the comments, among the hundreds of other celebrities that commented.

Ellen DeGeneres commented: “I’m glad they’re still there for you”. The official accounts of ENews, Netflix, Burger King, and many others also joined the conversation.