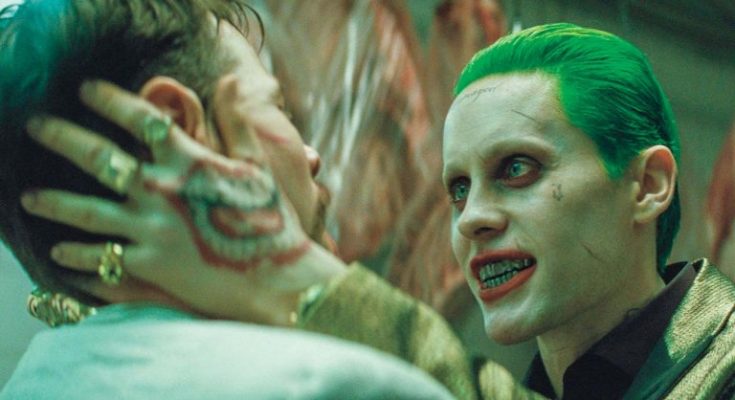 Back in 2016 when the “Suicide Squad” was about to be released all the world was talking about was Jared Leto’s debut as the Joker. Everyone expected a big performance. Leto himself just added fire to the flame, hyping his role.
Unfortunately, once the final film emerged in theaters the actor’s take on the villain was barely in the movie.

10 minutes of total screen time. While promoting the project, Leto was open about how much footage of his Joker had been cut. This didn’t sit well with fans and neither with Jared.

Leto had put a lot of effort into his Suicide Squad version of the DC villain. He had quite the appearance with rotting teeth, bloodshot eyes and slicked-back neon green hair. Rumors are that Leto spent months getting into character and he never broke the role during shooting.  He was terrifying his castmates with “gifts” such as a live rat to Harley Quinn actress Margot Robbie, bullets to Deadshot actor Will Smith and a dead pig to the entire cast during rehearsal.

We must give it to the guy how much he was invested.

“In his defense, it was never really his movie but his attempt to `invent’ a place for himself in it backfired,” says a source involved in the situation.

It seems like Leto was led to believe that Warners were going to give him his own Joker stand-alone film. Instead. they gave the green light to the Phillips’ version with Joaquin Phoenix instead.

We can’t really say Warners knew what they were doing. It’s quite the irony. Warners thought the Phillips project would be a small movie and, nervous about its dark tone, greenlighted it reluctantly with a small budget that some at the studio were hoping would discourage Phillips from making it.

Not Happy Jared Tried To Kill The New ‘Joker’ Movie

This is an early #Joker make up test. The research and fine tuning when crafting a character are endless.

But, Phillips’ version of the Joker surpassed everyone’s expectation and broke some records. Todd Phillips’ dark take on the villain looks likely to gross more than $700 million worldwide.

It’s safe to say Leto didn’t like what he was hearing and tried to kill the whole project.

According to sources familiar with Leto when he found out about the new Joker project he complained bitterly to his agents at CAA. They also represent Phillips. However, Leto asked his music manager Irving Azoff to call the head of Warners and get the project killed.

Another source in Leto’s camp says Leto never asked Azoff to do that. It’s all rumors. Unfortunately, Azoff declined to comment, so we can’t really know for sure what happened.

We do know that Leto has since moved from CAA to WME. And, a source claimed Leto and CAA were more than happy to part ways. It seems like Leto was upset about not being told about the project sooner by his agents and though they should’ve fought harder for his Joker.