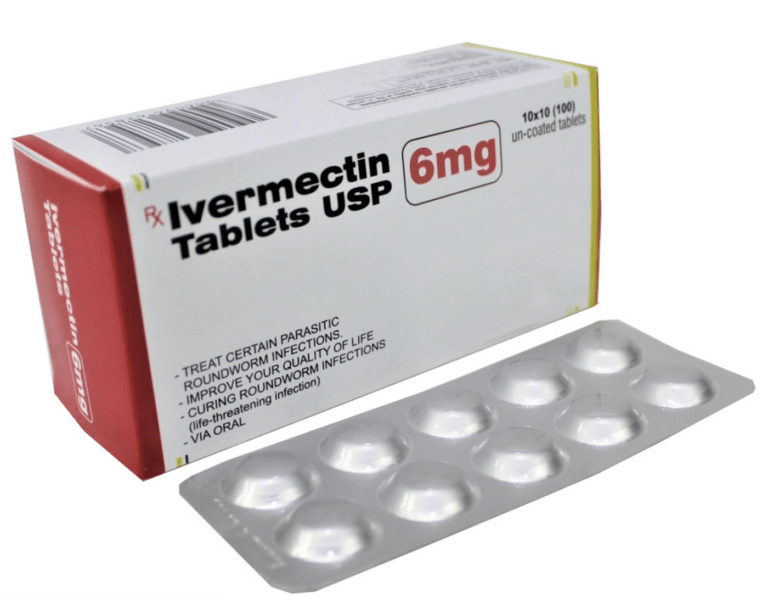 Ivermectin is a semi-synthetic drug that is used to treat various parasitic infections. It is a part of a broad spectrum anti-parasitic named Avermectins. Avermectins are derived from the fermented products of Streptomyces avermitilis.

Ivermectin has been approved by the FDA against parasitic worms, pinworms, hookworms, and whipworms. It is specifically a drug of choice for parasitic conditions such as onchocerciasis and strongyloidiasis.

Ivermectin is also used in veterinary medicine to treat and prevent parasitic infections such as heartworm and Ascaris.

Popular brand names of Ivermectin include Skice, Soolentra, and Stromectol.

It is also postulated that Ivermectin acts as an agonist of GABA neurotransmitters. This property of Ivermectin prevents the GABA-mediated transmission of pathogens that cause central nervous system problems. There is also some evidence that Ivermectin inhibits the development and release of immature O.volvulus microfilariae.

Ivermectin is used for many parasitic infections generally. However, it is typically indicated in the following conditions.

Strongyloides stercoralis is a nematode that causes intestinal infection. Ivermectin has been selected as a drug of choice for the treatment of this infection. It should be kept in mind that Ivermectin is effective only if the infection of Strongyloides Stercoralis has not disseminated to the systemic circulation. If there is systemic involvement, there will be a need for additional disease management.

Ivermectin has been decided as a drug of choice for strongyloidiasis after clinical research. According to the research results, a single 200 mcg/kg dose of Ivermectin can be effective for most cases of strongyloidiasis.

Onchocerciasis or river blindness is another disease caused by a nematode parasite, Onchocerca volvulus. Ivermectin has been proven as the best treatment choice for this disease.

The clinical research was carried out in West Africa to evaluate the effect of Ivermectin on patients of onchocerciasis. Different types of clinical trials were conducted on 1427 patients. The clinical studies include randomized, comparative, double-blind, and placebo studies. It was concluded that Ivermectin is the drug of choice for patients with onchocerciasis.

Ivermectin is also used in the treatment of infections of parasitic arthropods. Scabies that is related to mite Sarcoptes Scabiei is often treated with oral or topical formulations of Ivermectin.

Ivermectin is considered a relatively safer drug. If it is used topically, the chances of toxicity are very rare. There are no significant side effects of Ivermectin in standard doses. However, in some cases, there is an accidental or intentional overdose of Ivermectin.

If there is a topical application on a large skin area or an intake of a higher quantity of drug through inhalation, injection, or ingestion, the patient may have drug toxicity. The common side effects of Ivermectin include nausea, vomiting, diarrhea, a rash with skin edema, headache, and dizziness. Some other rarely seen side effects of Ivermectin include ataxia, seizures, paresthesia, urticaria, dyspnea, abdominal pain, and contact dermatitis.

How to Manage Ivermectin Overdose?

If there is a suspect of Ivermectin, the first step is to give supportive therapy to maintain the vital systems. Respiratory support should be given to the patient to avoid hypoxia in the body. Parental fluid and electrolyte administration might be needed to manage the hypotension.

To get rid of the unabsorbed portion of the drug, emesis induction and gastric lavage with purgatives are the best options. The administration of routine anti-poisons should also be considered in severe cases.

Additionally, it is recommended to take very low doses of Ivermectin during breastfeeding. The safety of ivermectin use during pregnancy is unclear yet.

Ivermectin is among the popular anti-parasitic drugs. The use of Ivermectin is particularly indicated in patients with intestinal strongyloidiasis after onchocerciasis. There are also some other uses of Ivermectin, but it is the drug of choice for these two conditions. The primary mechanism of action of Ivermectin is the opening of chloride channels which leads to hyperpolarization and paralysis of parasitic cells. It also affects the GABA-mediated transmission of pathogens.

Ivermectin is a safe drug within normal limits. It has very mild side effects such as headache, nausea, and vomiting in some cases. In cases of severe ivermectin overdose, there can be CNS depression. The use of Ivermectin is contraindicated in patients with age less than 5 and patients with liver or kidney disease.

Where to buy Ivermectin?