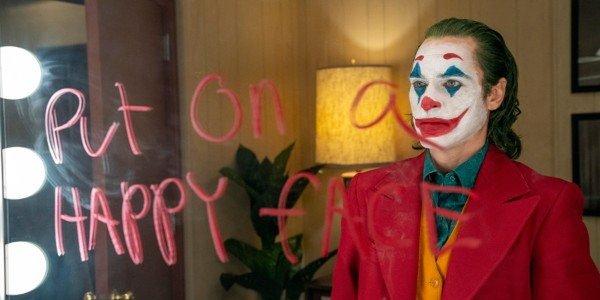 The most-talked movie these days, Todd Phillips’s ‘Joker’ just dethroned Deadpool.  It’s official, according to the number from the box office, ‘Joker’ became the first R-rated movie to top $800 million. Most impressive of all? It’s still showing in theaters which means these numbers will get even higher. But, how higher? That’s left to see.

As of Thursday, ‘Joker’ passed past Deadpool ($783 million) and Deadpool 2 ($785 million, but with $50 million from the PG-13 Once Upon a Deadpool cut) which were the two highest-grossing r-rated movies worldwide. In 2016, Deadpool set the record, and in 2018  Deadpool 2 took the second place.

However, BoxOfficeMojo just confirmed that ‘Joker’ made $804,743,522 this Thursday, setting another milestone.

On top of that, ‘Joker’ just went above the $259 million cume of Captain America: The Winter Soldier and the $262 million cume of The Amazing Spider-Man. There’s $30 million between Amazing Spider-Man and Man of Steel ($291 million), so Joker is sticking around in 18th place among comic book movies for a while. Not bad at all considering the low budget, controversy, and the low expectations it faced early on.

As Forbes puts it quite nicely, although ticket prices are a lot more expensive and the overseas markets are far more expanded, there’s also far more competition for the average consumer’s entertainment time and dollar. Moreover, Joker went out 2-D around the world and hasn’t played in China. This means the impressive numbers are well deserved.

Rayan Reynolds Had A Few Words To Say

Ryan Reynolds, the star in the now dethroned Deadpool movies, has congratulated Joker on becoming the highest-grossing R-rated movie of all time.

He used Twitter to say “congratulations” in R-rated style. “R-rated box office congratulatory posts aren’t like the ones you’re used to…” Ryan wrote above the picture. Check it out.

R-Rated box office congratulatory posts aren’t like the ones you’re used to… pic.twitter.com/OTy2BqIP4f

Just to be clear, we do recognize this is the best way Reynolds could’ve tip his hat to Todd Phillips and Joaquin Phoenix’s Joker.

What Todd And Joaquin Have To Say?

Todd writes: “Wow!! Thanks to my wonderful cast & crew and of course, the fans from around the world— for seeing through all the “noise” and SHOWING UP (some more than once)! We are super proud of the film and all your wonderful messages make it that much more special. #Joker worldwide.”

Wow!! Thanks to my wonderful cast & crew and of course, the fans from around the world— for seeing through all the “noise” and SHOWING UP (some more than once)! We are super proud of the film and all your wonderful messages make it that much more special. #Joker worldwide.

You can’t fail to notice the tone and his words about seeing through all the ‘noise’, referring to all the criticism and controversies surround the movie even before it started.

We’re glad everything worked out the way it did.

Joaquin still hasn’t responded to the news, but we’re waiting for an interview soon to hear from him what’s like to be part of such a masterpiece.

Until then, Joker’s cinematographer Lawrence Sher shared what was like with Phoenix on the set:

“While some scenes were very planned out, like when he’s in the phonebooth or walking up the stairs, others had no plan at all. When he climbed in the refrigerator, we had no idea he was going to do that. We set up two camera positions, and Joaquin just thought about what he would do if he was a massive insomniac. Again, we lit it so he could go anywhere, and the first and only time he did it, we were mesmerized. I remember thinking, ‘What is he doing? Did he just crawl in the fridge?’ It was as fun and weird for us to watch it too.”