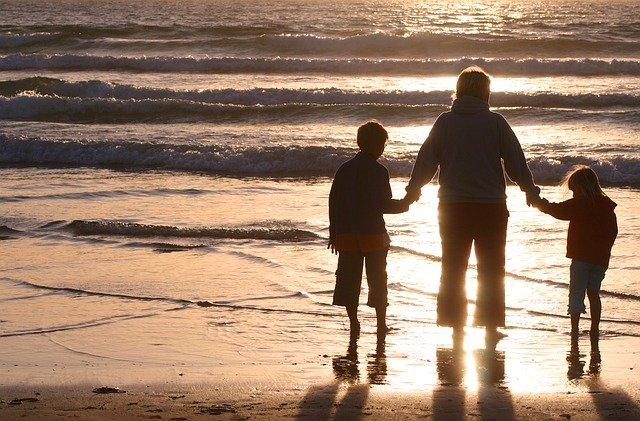 Moving to the Cayman Islands is an attractive prospect for many people, but is it a good idea to move there if you have children? We’ll be answering that very question below…

There are plenty of reasons why the Cayman Islands is an incredibly desirable location for prospective expats. The beautiful weather, laidback lifestyle, and tax breaks persuade plenty to permanently relocate to the Caribbean island every year, with it being a popular destination for people from all walks of life.

If you’re already interested in making the move to the Caymans, you’ll probably already know this. But, what you might not know is how suitable a location it is if you’re thinking about moving there with you children – which is one of the most notable Cayman Islands permanent residency FAQS.

In this post, we’ll be taking a closer look at some of the most important questions related to moving to the Caymans with your children. This way, you can get a better idea of whether it is truly the right destination for you and your family. Be sure to keep reading to find out more!

How ‘Kid Friendly’ is the Caymans?

If you’re thinking about moving to the Cayman Islands with your kids, then you’re going to want to know if there’s going to be enough to keep them occupied, right? Well, thankfully, there should be plenty to entertain them, no matter what their interests are!

There are beaches galore, Seven Mile Beach being the highlight, as well as Camana Bay and the Cayman Crystal Caves. All of these will help to keep children of all ages occupied, while also giving you some time to relax!

Another advantage to moving to the Caymans with children is that it is a practical location, full of modern infrastructure. The vast majority of private developments on the islands have been designed with families in mind, with facilities being modern and accessible.

It should be noted that this isn’t always the case. There are some parts of the island which are less accessible, particularly for families with young children. For example, pavements are not always along the side of roads, which can make it dangerous to walk around with young children, or with a pushchair.

What is the Education System Like in the Caymans?

You’ll be pleased to learn that, if you’re considering moving to the Cayman Islands with your children, the education system there is of an excellent standard across the board. There are a number of different schools to choose from and education is compulsory from the age of four through to 16. Education is also free to all Caymanian children, and anyone else who qualifies as a resident.

If you are moving from England, then there shouldn’t be too many differences to the education system you’re used to. Public schools in the Cayman Islands are based on the English model, and follow the Examinations Council curriculum, which is very similar to the English GCSE system.

Private schools are also a potential option to anyone moving to the Caymans. Anyone employed in the private sector who earns a certain amount per month with two dependents on their permit can choose to send their children to a private school.

It should also be noted that children with special educational needs are also accommodated for as far as possible in mainstream schools. For children whose disabilities are too severe to be accommodated in mainstream classrooms, there is the SEN Special Day School. The Alternative Education Center (AEC) takes on older students with specific behavioural issues.

What is the Healthcare System Like in the Caymans?

Making sure your kids are well looked after should anything go wrong is likely to be your number one priority. Healthcare in the Caymans is very high, but there are a few slight differences to what you may currently be used to.

Public healthcare is available to everyone in the Cayman Islands, but expats who want to use these services need to take out compulsory healthcare insurance to cover them on the island.

Private healthcare is also available on the island. Many expats choose to use private healthcare due to the increased standard of facilities and amenities, but this is a much more expensive option. For this reason, most expats tend to take out a comprehensive insurance plan.

How Expensive is the Cost of Living in the Caymans?

As you’ll be well aware if you already have children, raising a family can prove to be rather expensive. That’s something you’ll need to keep in mind if you want to move to the Caymans, as the cost of living is much higher than the UK.

While people in the Caymans tend to earn more on average compared to the UK, this is levelled out by the fact that simple amenities (such as groceries) cost much more money than you might expect. You’ll need to keep this in mind if you plan to raise you family there.

How Safe is the Caymans?

Keeping your children safe is, of course, going to be a big factor in your decision making when it comes to picking a destination to move to. The Cayman Islands passes this test with flying colours, as it’s considered to be incredibly safe for residents and tourists alike.

As with anywhere, crime does occasionally occur, but it is few and far between. Violent crimes are also very limited, making it a safe environment for everybody to enjoy.

Are You Thinking About Moving to the Cayman Islands with Your Children?

There’s plenty to consider if you’re thinking about moving to the Cayman Islands with your kids. Hopefully the points we’ve discussed in this post should help to clarify whether it’s likely to be the right decision for you.

Have you got more questions about what it would be like to live in the Cayman Islands? Feel free to leave a comment below so that we can extend the discussion further!

Read more on our travel blog!