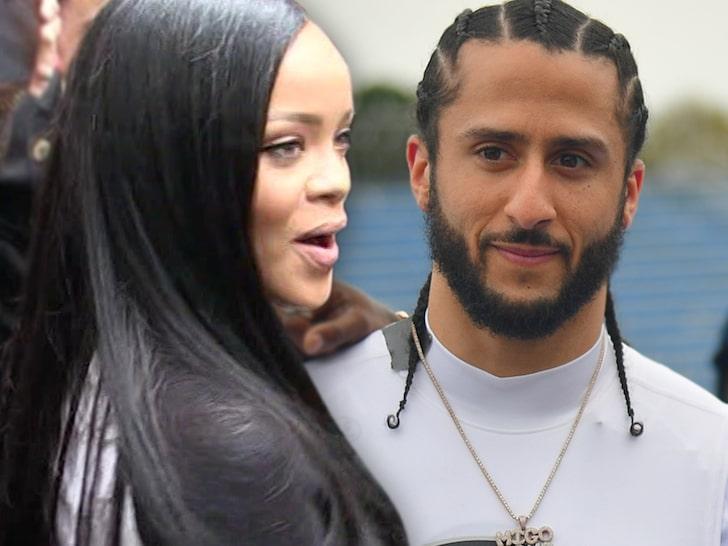 We were happy to see ‎Maroon 5 perform during the Super Bowl LII halftime show, although that spot was first offered to Rihanna. According to the “Diamonds” singer, she was offered to play at the last year’s Super Bowl half-time, but she declined the offer. She wanted to show solidarity with Colin Kaepernick.

Last year there were loud rumors that Rihanna rebuffed the NFL as a show of solidarity to former San Francisco 49ers quarterback Colin Kaepernick. However, only now the singer confirmed the story.

In an interview by Vogue, published just yesterday, Rihanna was asked whether she had turned down the Super Bowl in solidarity with Kaepernick. The “Love On The Brain” singer didn’t hesitate to answer.

“Absolutely,” she said. “I couldn’t dare do that. For what? Who gains from that? Not my people. I just couldn’t be a sellout. I couldn’t be an enabler. There are things within that organization that I do not agree with at all, and I was not about to go and be of service to them in any way,” she added.

February’s show was instead headlined by Maroon 5. And, Cardi B was also approached but she had the same decision as Rihanna.

Jay-Z was yet another bid name who took a stand against the NFL in support of Kaepernick. However, while Rihanna speaks as if she’s still opposed to working with the NFL, Jay-Z changed his mind.

The rapper entered into a partnership with the NFL in August, focused on entertainment and social justice. That decision drew a lot of criticism toward the “Empire State Of Mind” rapper. Eric Reid accused Jay-Z of parroting NFL talking points when speaking about Kaepernick.

The Story Of Kaepernick.

In case you aren’t up to date. Colin Rand Kaepernick is a former American football quarterback, who is best known for kneeling during the National Anthem in protest of police brutality and racism against African-Americans in the United States. Kaepernick last played for the NFL in 2016 when he kneeled during the national anthem. A lot of people criticized Colin for that decision, including President Donald Trump.

The President said NFL owners should “fire” players who protest the national anthem.

In the interview with Vague, Rihanna also shared her dissatisfaction with the current President saying: “The most mentally ill human being in America right now seems to be the president.”

Kaepernick has made it clear he would like to return to the NFL, but he was left unsigned. In an interview later, Colin said that he settled a case with the league in which he alleged he had been blackballed by team owners for his protests.  In February 2019, the former quarterback withdrew the grievance after reaching a confidential settlement with the NFL.

Rihanna and Kaepernick shared their mutual support on social media.

So, unfortunately, it seems like we won’t be seeing Rihanna anywhere near the NFL in the near future.