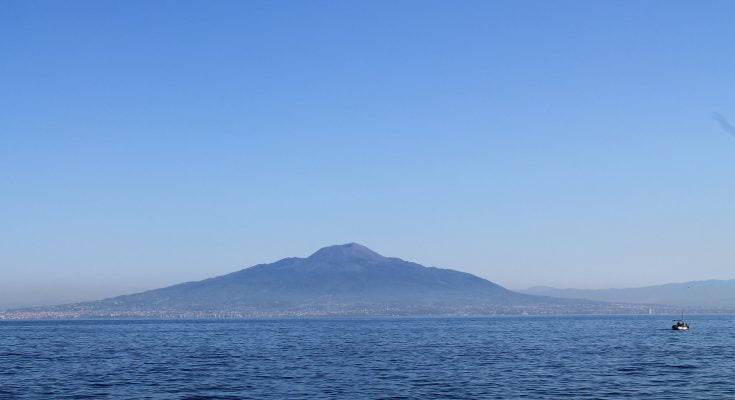 Naples is a city so full of attractions in every way a tourist chooses to live his stay: historic, cultural, natural, gastronomic. As a consequence of it, a visitor with a limited time to spend in the area is led to stop there, without looking any further. It would be a gigantic mistake, since all it takes is just a couple of days to discover part of the mesmerizing areas that surround the moral capital of South Italy.

Besides the islands on the Gulf of Naples (Procida, Ischia and Capri), that are, for many reasons, a completely different subject, there are at least two locations that would deserve some attention from those who are planning to visit Naples. We are talking about Mount Vesuvius and the Amalfi Coast. They offer a completely opposite experience to the visitor: the bare nature on one side, a renowned touristic piece of coast on the other. But, at the same time, they represent the ideal complement of a tour around Naples and the territories nearby.

Mount Vesuvius is located southeast of Naples, less than an hour away by car. It’s one of the only two active volcanoes located in Europe (the other one, Mount Etna, is located in Italy as well, more specifically in Sicily). For those who don’t travel by car, or don’t want to use it to reach the Vesuvius, the best solution is the bus who leaves the city centre and arrives directly on the volcano, at 1.000 meters of altitude. Way more suggestive is the Circumvesuviana Railroad, a local train that leaves Naples’ centre and runs around the volcano’s perimeter; then, a series of shuttles are available at the Herculaneum and Pompeii train stops.

Once you get to the Vesuvius, you can also extend your visit to Herculaneum and Pompeii, the two ancient Roman cities destroyed by a massive eruption in 79 AD. As stated before, they are both reachable by train as well. Guided tours among the ruins are organized both for individuals and groups, and they are available in multiple languages.

Heading further to the sea and then going south, we can reach the Amalfi Coast, one of the most suggestive seascapes of the whole peninsula. This peculiar gulf, with its small fishermen’s villages (now reconverted in small towns fit to welcome visitors and tourists), its luxury hotels and its exclusive resorts, has been already depicted in many films, described in lots of novels, exhibited in countless TV shows. The secret of this area is as simple as undeniable: the beauty of the sea, combined with the peculiarity of the shores, an harmonic blend of fine sands and steep cliffs.

The Amalfi Coast is located just one hour and a half away by car from Naples. To reach it by public transport, you can choose between local trains (including the above mentioned Circumvesuviana line) and shuttles. Sorrento is the biggest city of the gulf and the real hub of the entire area: if you want to reach the other small town along the coast, you should take a bus or a shuttle among the ones available at the Sorrento railroad station.