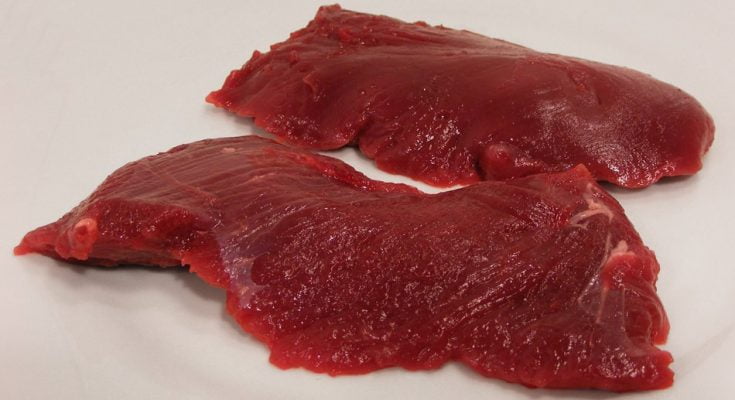 This image provide by idealmusical.com

Meat is considered spoiled when it is no longer safe for human consumption.

Depending on the type of meat you consume, you need to watch for color, texture, or unpleasant odors.

According to the Culinary Lab School site, you should never eat meat that you are not sure about.

Steak, for example, goes bad when it is exposed to air, when it is improperly refrigerated or frozen, or when it is infested with microorganisms such as salmonella.

Before you start injecting flavors in the steak through the good meat tenderizer tool, you need to check whether it is good or not. So, the meal doesn’t go to waste.

Here are the signs to look for how to tell if steak is bad.

Examine the package for an expiration date. Read the “sell-by” date.

Meat that is fresh and frozen has a date that is intended to be sold by.

Throw any meat that has passed the expiration date.

If the meat is two to three days beyond the sell-by date, do not consume it.

Examine the color of the steak.

A spoiled steak will have either green or blackened appearance.

This is caused by the formation of mold.

Sometimes, your meat might show signs of browning without a greenish hue.

When you are in doubt of the meat’s color, throw it away.

Smell the steak. Raw meat that is spoiled has a distinctive and very unpleasant odor.

The odor is quite rancid.

And if there is any question about the odor of the steak, throw it away to be sure. The foul odor is similar to the sulfur or ammonia smell.

When you check the meat for a smell, do not press your nose against or near the meat to smell.

Just cup your hand near the meat, and move the hand towards your face to get a whiff of the meat.

Touch the surface of the steak. Spoiled steak is sticky to the touch.

The steak will also have a slimy texture, which is caused by an overgrowth of bacteria, and it is a clear sign that the meat has gone bad.

You can touch the steak with a utensil such as a fork, not your hands.

Even without looking at the previous steps, if your red meat has been in the fridge for more than 5 days, throw it away.

Chopped meats, such as steak, can last between 3 and 5 days in the fridge.

But anything more than that, and you need to throw it away.

What happens if you cook a spoiled steak?

Bad meat is a breeding ground for bacteria including Salmonella, Bacillus, Escherichia coli, Staphylococcus, and much more.

According to the US Department of Agriculture, the number of bacteria in the meat can double every 20 minutes when left at a temperature from 40 F to 140 F.

When cooking meat until it reaches 150 degrees Fahrenheit destroys Salmonella.

Cooking will also kill E. coli, but toxins usually remain in the meat, which still leaves the meat unsafe to eat.

The problem is, some bacteria will still survive the cooking.

For example, Bacillus and Clostridium survive freezing and cooking.

This is why the USDA recommends against eating spoiled meat, even if it is cooked.

If you notice any signs of spoiled meat, and we talked about how to tell if steak is bad, throw away the meat.

Forget the money you paid for that, your health is more precious.

Here are a couple of ways to prevent the meat from spoiling.

Bear in mind, this will not help you keep your steak forever.

1 thought on “How to tell if steak is bad? Can you eat spoiled meat?”