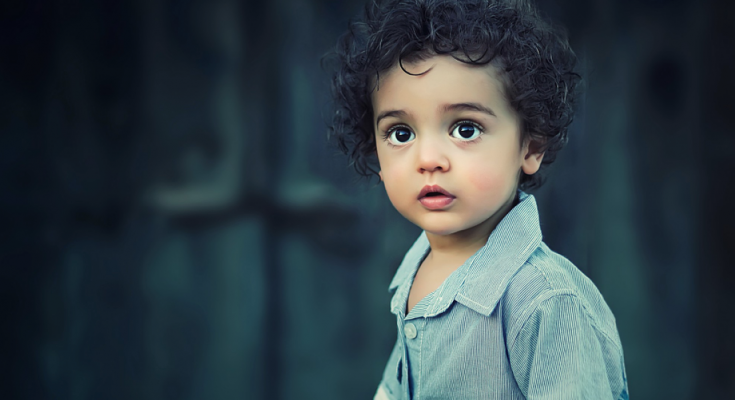 Is your child suffering from more than just undue stress? Here are several signs to look for to help you spot panic attacks in children.

According to the American Academy of Child and Adolescent Psychiatry, about 3 million Americans will have a panic attack at some point during their lives.

The majority of those who suffer from panic attacks start having them during their teenage years. But for some people, dealing with panic attacks can begin to become a way of life during childhood.

Panic attacks in children are relatively rare, but they do happen. And if your child has one, it’s important for you to be able to spot the signs of a panic attack so that you can get them the treatment they need.

It’s not easy to do this since children aren’t always able to describe all of the symptoms they’re experiencing when they’re having a panic attack. But you should look out for these symptoms if you suspect panic attacks might be plaguing your child.

When a child—or a person of any age, for that matter—is in the midst of having a panic attack, one of the first things they’ll notice is that it’s suddenly very hard to breathe. This will result in shortness of breath, which can be a scary experience for someone experiencing a panic attack for the first time.

The shortness of breath associated with a panic attack takes place because a panic attack affects a person’s normal breathing pattern. It causes them to take quick and sudden breaths as opposed to the breaths they’re used to taking.

Often times, shortness of breath can make a person who is going through a panic attack feel like they’re choking or being suffocated. This will sometimes result in them panicking more than they already are, which can make it even harder to breathe.

If you ever see that your child seems to be struggling to breathe normally, it could be because they’re having a panic attack. Encourage them to take deep breaths and remain calm.

A child’s breathing rate isn’t the only thing that will speed up when they’re having a panic attack. Their heart rate will also elevate, and in some cases, they may even experience heart palpitations and chest pain.

If your child comes to you and says that it feels like their heart is beating fast and there isn’t an obvious reason for it (i.e. they were just running around outside), take their pulse. Your child’s heart rate should sit somewhere between 60 and 120 beats per minute, depending on their age.

Is their heart rate much higher than that? It could be an indication that a panic attack has set in.

Dizziness won’t usually set in right away when a child is experiencing a panic attack. But after they spend several minutes gasping for air and dealing with an elevated heart rate, it’s not uncommon for extreme dizziness to hit.

Once it does, your child might have a hard time keeping their balance and holding a conversation with you. If the dizziness gets to be bad enough, there is even a chance that your child might pass out.

Have your child sit down as soon as they tell you that they are starting to feel dizzy. The last thing you want is for them to pass out, fall to the floor, and injure themselves. That could make a bad situation even worse.

In the event that your child starts to get dizzy due to a panic attack, it won’t be long before nausea starts to get to them. That tends to come with the territory when it comes to a dizzy spell.

A little bit of nausea is normal during a panic attack, but if your child’s dizziness takes a huge toll on them, nausea could turn into vomiting. This can be terrifying to see, and if you haven’t done it already, it’ll send you and your child running for the emergency room.

Numbness in the Limbs

Is your child complaining about how they “can’t feel their arms or legs”?

This is yet another symptom that often sets in when panic attacks in children take place. It’s the result of your child hyperventilating and struggling to breathe.

When a child hyperventilates, the carbon dioxide levels in their blood dip way down. This can cause the aforementioned chest pain. It can also lead to numbness and a tingling feeling in a child’s limbs.

Once a child is able to breathe like normal again, they should regain feeling in their limbs and see the numbness subside. But they won’t be able to do this until their panic attack is over.

There are plenty of things that cause kids to be scared. Everything from the dark to scary movies can send kids running for the hills.

But the fear that’s associated with panic attacks in children is different. Kids will often feel scared for absolutely no reason and not know how to deal with their emotions in the moment.

There is little that you, as a parent, can do to alleviate the intense feelings of fear that your child experiences during a panic attack. But you can be aware of what might be taking place so that you can calm them down once their panic attack comes to an end.

You can also help your child obtain panic attack treatment so that you can try and get to the root of their problem and fix it.

If your child ever experiences a panic attack, you’ll be so glad when it’s all over. It can be painful for parents to sit and watch their children go through one.

But just because a panic attack is over doesn’t mean that you should move on without getting the proper medical care. Panic attacks in children will often come back and cause issues for kids in the future.

Talk to your child’s doctor about what you should do to treat panic attacks. Check out our blog for more tips on making sure your kids are as healthy as they can be.