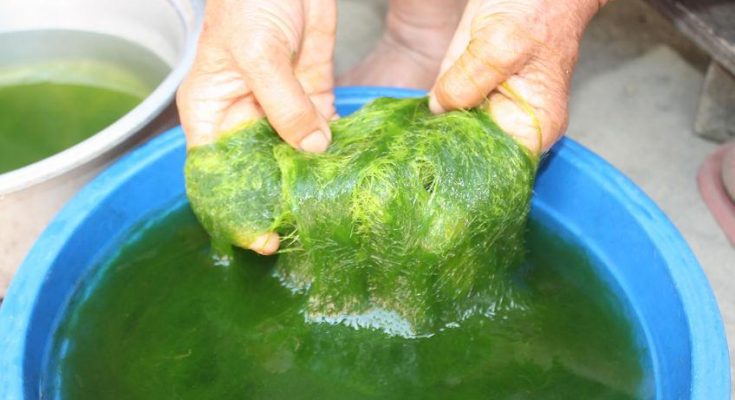 Anti-fouling paint can be very important for protecting the bottom of your boat, or some other object you own which is normally immersed in water most of the time. Without that anti-fouling coating, it will be very easy for marine organisms to attach themselves to the surface of your asset, and begin to degrade the material, as well as to slow down your boat, if that’s the object you own. So the question becomes, how do you remove algae and other troublesome substances without also taking off an expensive coating of anti-fouling paint? Here are some possibilities for you to consider when performing subsea pile cleaning.

Can I Remove Algae Without Stripping Paint?

When you become aware that you have algae growing on the bottom of your boat, or on some other surface which is immersed in water, it’s safe to say that whatever coating has been applied to that surface, has already lost some of its effectiveness. You can remove the algae or other materials which are growing on the surface, but you will always do at least some damage to the paint underneath.

Virtually all chemical bottom cleaners are acid-based, and that means they will attack whatever coating you have applied, but some cleaners are much more aggressive than others, so that it will be almost impossible to choose a cleaner which causes no damage. Keep in mind that it’s very likely that whatever anti-fouling type of coating you have applied has already been compromised to some degree, and your best bet would probably be to completely strip that off and apply a fresh coating.

However, if you can find a bottom cleaning product which has only a mild acid in its composition, you will be able to strip away all the algae and other material, and leave most of your anti-fouling coating intact. One product which seems to work very well with removing marine growth is known as Algex, and many boat owners and owners of other marine structures have reported fair success when using it.

This is an acid-based cleaner, but it uses a combination of different acids which are much less aggressive than some others in the industry, so it will cause far less harm to your surfaces. Remember that if you have significant growth on the bottom of your boat or other structure, whatever coating you had on there is no longer effective anyway, so you might as well completely replace it.

What is the Best Way to Do This?

If you’re going to apply anti-fouling coating to your boat or other structure, it’s a really good idea to first sand down the surface each year, so that you expose a new, more active section of the coating which you originally applied. The material in anti-fouling agents is a heavy metal which acts as a toxic biocide and kills off a number of different types of marine life which come in contact with it.

If something has grown over the surface, that will have reduced the effectiveness of the biocide, and a film may have formed over it which will allow marine life to attach itself to the surface. That’s why you need to send off this material and again expose an active surface of the biocide from the anti-fouling coating.

If you continue to apply one coat on top of another each year, about all you’ll be doing is adding much more weight to the bottom of your boat, and increasing your fuel costs because it will be harder to propel your boat through the water. Most paint manufacturers will tell you that you should paint right over previous years’ coatings, but that’s mostly so they can sell you more paint.

In terms of best practices, you’re always much better off to sand off the previous surface, because it has probably been rendered largely ineffective. If you still have most of the coating intact after sanding, then you don’t really have to do anything new. But if you have gaps in coverage, you will at least have to touch up some areas, and it may be necessary to completely re-coat the entire surface of your hull or other structure.

Sometimes you can easily remove dirt and grime from surfaces with a strong blast of water, and power-washing is often an effective technique which can be used to clean surfaces around the home and even objects like boats. However, sometimes stains and other attached debris can be pretty stubborn, and in those cases it may call for something a little more powerful, in which case you can add chemicals that will give the process a boost.

When it’s necessary to use chemicals, you can include a 5% solution of muriatic acid, which is pretty potent stuff, but it will clean off a great many surfaces. Be advised that it’s possible the color of the object being cleaned might change, and it might also cause burns if you’re exposed to it. For that reason, you should always wear protective eyewear and clothing when you’re cleaning something with muriatic acid.

Depending on the type of stain or growth you’re trying to remove, you might also want to use an alkaline concrete cleaner or an oxidizing cleaner, and in some cases paint strippers will also work very well. However when you bring in any of these heavy hitters which have some kind of chemical composition, you can pretty much count on stripping away any anti-fouling agent which has been coated on underneath.

Removing Algae From Your Vessel or Structure

There are several ways you can try to remove algae and other marine growths from your boat or other structure, and most of these methods will involve some level of damage to any anti-fouling agent you have painted on underneath the surface. Power-washing is probably the least destructive to the paint, but it may not remove all the growth. Sanding and repainting will be the most effective way of removing stubborn marine growth, but it will involve some time-consuming activity. To get best results, you should consider contacting the professionals at HydroTech Power Washing, and have a thorough job done that will give you peace of mind.