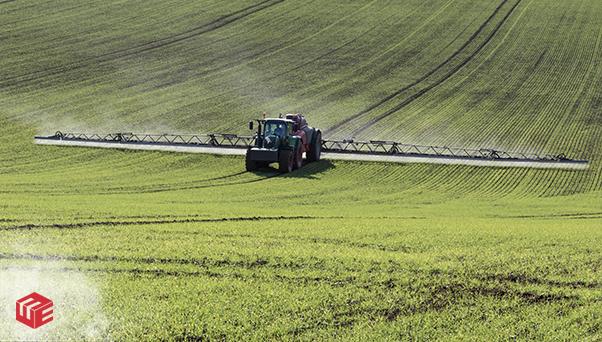 Every day starting at dawn, 2.5 to 3 million farmworkers labor in fields sopping with toxic pesticides to bring us fruits, vegetables and other agricultural products. Although farmworkers clearly provide invaluable and irreplaceable service to the nation’s food supply chain, they often earn low wages and endure many job-related hazards, long hours of hard work, and substandard working and living conditions.

According to the Centers for Disease Control and Prevention, agriculture is frequently ranked as one of the most dangerous industries in the nation. Some challenges faced by farmworkers that can be linked to their occupation include heat stress, infectious diseases, and pesticide exposure.

Risks at a Glance

More than one billion pounds of pesticides are applied annually to crops in the United States. This means agricultural workers are routinely exposed to high levels of toxic pesticides that cause cancer, birth defects and more, often bringing these chemicals home on their clothing.

Farmworkers can bring home pesticides on their clothes and skin and can spread them into the house and to family members. Children have a higher risk of negative outcomes if they are exposed to pesticides because it takes a smaller amount of pesticides to get them sick, their nervous, immune, digestive and other systems are still developing, their liver and kidneys are less able to detoxify and excrete these pollutants compared to adults, and their hand-to-mouth behavior puts them more at risk to accidentally ingest pesticides.

The immediate aftermath of acute pesticide poisoning can result in rashes, nausea, persistent vomiting, abdominal pain, diarrhea, and even death. In the long-term, pesticide exposure has been associated with an increased risk of neurological disorders such as Alzheimer’s, Parkinson’s, birth defects, attention deficit hyperactivity disorder, autism, organ diseases and system failures.

Another pesticide-related danger for agricultural workers is the limited information they are provided about the chemicals they are being exposed to. They may not be told what types of pesticides are being used at any given time, they may have little control overexposure and do not know the severity of the health effects from pesticide exposure. It is important that farmworkers have complete and accurate knowledge about pesticides. The risk they run if they don’t have accurate information is that they can put their and their family’s health in danger.

Paraquat is one of the most widely used herbicides; it is also the most toxic and has been responsible for thousands of deaths. While many of the fatalities are due to suicidal ingestions, a large number have occurred from accidentally drinking the herbicide from unlabeled beverage containers or food jars, especially among children.

Paraquat poisoning has no antidote or effective treatment if a sufficient amount of the chemical has been absorbed. Acute poisoning with Paraquat can cause severe injury to the eyes, skin, nose and throat, as well as damage to the liver, kidneys, and myocardium. These effects, though severe, are reversible, with death being from asphyxiation due to pulmonary fibrosis. It was initially thought that death from Paraquat could not occur from dermal absorption. However, deaths have been reported in farmers spraying dilute mixtures whose only exposure was through the skin. Paraquat is an epithelial toxin and a powerful irritant that can cause epistaxis and severe dystrophy. The mechanism of toxicity of Paraquat is believed to gradually damage the blood-brain barrier allowing toxic levels to accumulate in dopamine cells and thereby causing Parkinson’s disease – a degenerative disease that has no cure.

Manufactured by Syngenta – a renowned chemical company – as Gramoxone, Paraquat is in wide and growing use in the United States. Syngenta is based in Switzerland – one of the 32 countries where Paraquat is banned – yet the company produces and markets this dangerous chemical for sales in America.

Do the EPA’s Paraquat New Safety Measures Make Sure That the Basic, Life-Saving Questions Are Answered?

As required by the EPA’s Paraquat Dichloride Human Health Mitigation Decision, any person who intends to use the herbicide must be a certified applicator and to complete a training program before mixing, loading, and/or applying Paraquat. However, this begs the question: Do farmworkers can protect themselves on the job, and shield their families from take-home pesticide residue that can latch onto bodies or clothes?

PPE May Reduce Dermal Pesticides Exposure, but It Does Not Necessarily Eliminate It

According to research into pesticide exposure among horticultural workers, protective equipment fails to remove the risk of pesticide contamination. Even if they take the necessary preventive measures, some agricultural workers may still face chemical-related injuries and illnesses, as Paraquat is highly toxic, and using it on a regular basis unavoidably leads to exposure. For example, applicators using spray equipment mounted on their backs experience leaks that could get on clothing and/or skin.

Paraquat Lawsuits Are Now on the Rise

Companies that manufacture, distribute and sell Paraquat have known or should have known about the link between Paraquat and Parkinson’s disease, yet continued to distribute the herbicide without providing adequate warnings to users. The growing popularity and the direct gains expected from pesticide use perhaps override their manufacturer’s ambition to help safely feed the world while taking care of the planet.

Several recent court cases have found Paraquat makers liable for life-threatening illnesses among people who had extended exposure to the chemical, and there are thousands of similar lawsuits in progress.

In recent years, scientific studies have provided strong evidence linking occupational exposure to highly hazardous pesticides such as Paraquat to significantly increased risks of Parkinson’s disease. Individuals who match this description are entitled to compensation for harm, suffering, and loss through filing Paraquat lawsuits. Paraquat lawsuits are the most effective means for persons harmed by this dangerous substance to hold the manufacturers accountable.

“The ultimate answer is to use less toxic chemicals so that the public hazard from their misuse is greatly reduced”, as said by the biologist and conservationist Rachel Carson in “Silent Spring”, the book that was more than a study of the effects of synthetic pesticides, it spearheaded environmental activism. Yet, government agencies can be slow to limit the use of these toxic substances, hampered by pressure from pesticide manufacturers and their trade associations, who wish to avoid restrictions on their sales and profits. Delaying and derailing regulations leave the health of millions of farmworkers at risk.

Jonathan Sharp is the CFO and Director of Claims at the Environmental Litigation Group P.C., a law firm founded in 1990 in Birmingham, Alabama, dedicated to standing up for injured individuals and families harmed by large corporations in order to recover the utmost amount of compensation.