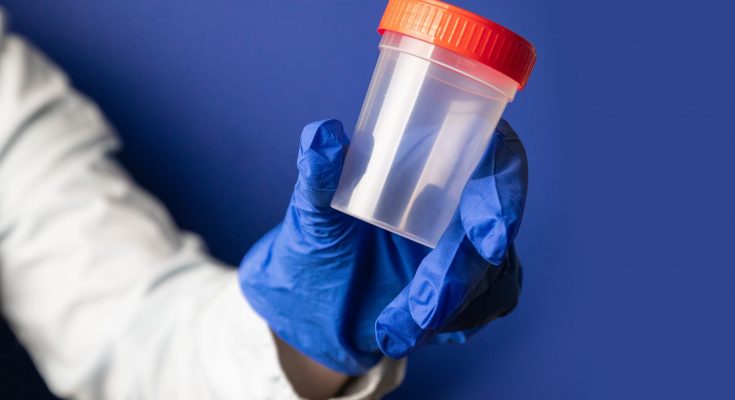 As much as the Internet can tell you, only a doctor or a healthcare professional can accurately determine and administer the appropriate treatment for sexually transmitted diseases (STD). If you feel like you contracted an STI, visit a doctor to get an analysis. This is the most surefire way to ensure that you get the right information and the right diagnosis and treatment. That said, there are also home testing kits you can use to get tested, and if you do come up with any positive results, again, speaking to a healthcare professional is the ultimate way.

What does STD testing and treatment involve?

Treatment usually involves prescription medication in most cases, but this depends entirely on the type of infection you have. There could also be cases that require surgery or more invasive treatments. If you have chlamydia, for instance, taking antibiotics is the most effective way to cure it. But before jumping to antibiotics, you have to figure out if you have Chlamydia in the first place. People catch the bacteria Chlamydia trachomatis by having all types of unprotected sex including two or more people. Most people do not have symptoms when they catch this disease, this is why you have to consider chlamydia testing options whenever you have doubts. If you take the test on time, Chlamydia can be cured by antibiotics. However, when herpes is concerned, it’s something that can’t be cured, but can be managed through antiviral medication.

Some less aggressive forms of STDs can be reversed with better lifestyle choices, sexual hygiene, over-the-counter prescription, and even home remedies on top of medical prescription to reduce the symptoms, expedite recovery, and most importantly, prevent future occurrences of the infection.

Treatment is a case-by-case basis, and a doctor will usually adjust treatment according to the level of severity, as well as the person’s general health. Untreated STDs have a dire consequence, as well as a high risk of transitory bacteria to others, which is why early and accurate treatment is essential.

What are the treatments available for STDs?

Different clinics provide testing for various types of STDs. Usually, free STD clinics offer testing for all kinds, and treatments vary depending on the STD you have, as well as the severity level. Here’s a brief guideline on the current treatments available:

This type of STD is caused by bacterial infections such as syphilis, chlamydia, and gonorrhea. Using the right antibiotics, these infections can be cured, and the doctor will usually decide on the length of treatment based on your resistance rates for the antibiotics.

Resistance rates are a consequence of people failing to take their antibiotics as prescribed, and this is among the common problems in gonorrhea infections worldwide. Usually, in the case of gonorrhea, the doctor retests the patient after a treatment plan has been completed just to see if the bacteria are still present.

Antibiotics are usually administered to treat bacterial STDs, and it’s usually given through a single injection or a course of pills over a cycle. Sometimes, a doctor would even prescribe topical creams to be applied directly to the affected area.

Antibiotics prescribed depend on the bacteria responsible for the infection. You’d often be given Rocephin, Factive or MetroCream, Clindagel, and even Penicillin. Bacterial vaginosis isn’t considered an STD, but it’s still a prevalent bacterial infection that occurs with bacterial STDs.

STDs that stem from viruses are such as human papillomavirus or HPV virus, herpes, and HIV. For these types of cases, a medical professional usually treats it with antiretroviral or antiviral medications. Viral STDs don’t have cures, but can be managed.

HIV and herpes are considered as life-long infections, but with more research conducted, there’s hope that it can be curable. Take, for example, Hepatitis C, which was considered incurable until now, thanks to new developments in medicine.

Viral STDs such as HPV are usually not treated unless they show symptoms. When it comes to HPV, most infections go away within a year or two on their own, but symptoms such as cervical dysplasia and genital warts need treatment.

Just like bacterial STDs, viral STDs also have their list of prescription treatments, from Zovirax to Valtrex for herpes, to Condylox and Veregen for HPV and HIV & AIDs, the medication given depends on the stage of the disease. These prescriptions are such as Fuzeon, Ziagen, Kaletra, and Vitekta.

While some treatments for STDs are only available via prescription, you can still get your hands on over-the-counter (OTC) remedies. One of these OTC remedies is Abreva, which helps shorten the herpes outbreak. There are also oral pain relievers such as Tylenol and Avil, and topical pain relievers for any herpes flare-up.

For HIV & Aids, the OTC medications include acetaminophen and ibuprofen, which relieves headaches and body aches, while topical creams with capsaicin in them ease peripheral neuropathy pain.

Be sure to speak to your doctor before taking any OTC medications and remedies. Also, if you’re taking any antiviral medication, there could be a heightened risk of bone density, which is why you may need vitamin D and calcium for better bone protection.

Using home remedies and changing your habits can help in reducing the symptoms and effects of some of these STDs. Before you take on any home remedies, you must consult your doctor. Home remedies alone may not be enough to eradicate or lessen these infections, and in most cases, it’s just a supplementary treatment.

That said, doing things like following a healthy diet, getting more exercise, reducing stress, and avoiding tobacco and alcohol are some of the changes you can do in your lifestyle to make you keep feeling your best and reduce any potential outbreaks, especially from viral STDs.

Some of the home remedies that have been used before are:

Often, in more severe cases, medical and surgical procedures and treatment are prescribed to treat viral STDs. This includes cryotherapy (freezing) and electrocautery (burning), as well as some of the treatments in HPV genital wart removal.

Should you have viral STD, you need to speak to your doctor before you take any forms of alternative medicine, such as herbal medicines or nutritional supplements. This is to ensure that whatever you consume doesn’t interfere with the medication prescribed to you by the doctor, or worse, cause any complications or prevent the absorption of medication to your body.

There are a few complementary treatments that have been used for treating certain strains of viral STDs. These include:

STDs that are neither bacterial or viral are usually caused by fungi, infestation, and parasites. This is fairly common, as well as also less complicated to treat. These fungi-related STDs can also be treated by prescription drugs either taken orally or topically. You can also treat a fungal STD by changing your hygiene practices, and also cleaning household items such as bedsheets, pillows, throws, towels, and blankets in order to remove these parasites.

To treat parasitic infections, doctors may prescribe medications such as Flagyl, Lindane lotion or shampoo, as well as Eurax and Elimite.

OTC creams have been found to be effective and are often used to alleviate the symptoms of trichomoniasis, as well as scabies. Permethrin-based shampoos can help eradicate pubic lice. Ibuprofen and acetaminophen, popular over-the-counter pain relievers, have also been used to reduce pain and scabies inflammation.

The methods described here are among the most popular and safest when it comes to treating STDs. However, keeping in mind that prevention is better than cure and practicing safe sex is the most effective form of preventing STDs from spreading, whether it’s to protect yourself or your partner from contracting any infections.

Never try to treat yourself for an STD using the information you find on the Internet. This includes any self-help remedies, medication purchased online, and so on. You shouldn’t use a prescription used to treat other ailments for STDs, either. Get your doctor’s OK before doing or attempting anything medically. Take your medications as directed and finish them according to the treatment’s course.