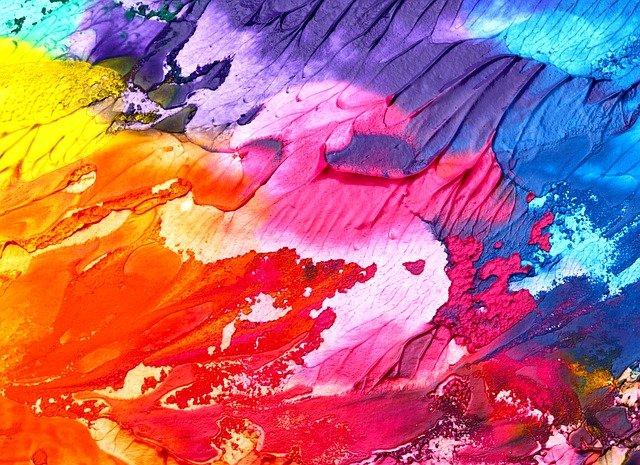 While going back to history, it is incredible to find how different styles of art and design movements have brought so much difference in society. Today also we can feel the impact of it.

You must know that these movements may have occurred 100 years ago or 30 years ago and to understand each of them in-depth you need to go through the art period timeline. There was a revolution in the art world due to famous artists like Picasso and Van Gogh and these movements are proof of it.

So, let us throw some light on the fundamental art movements.

The beginning of art

The first paintings which humans created were somewhere around 40,000 years back. It was a Paleolithic Era and during this time humans made drawings under rocks and in caves, probably for recording their life story.

However, the official art period timeline started from the Romanesque Era.

Whether you are a designer or enjoy the work of artists from Western history, studying these movements is worthwhile.

Let us explore the different eras in detail as all these periods are in store with tremendous information.

In Europe, Christianity was rising and ministers in the Church wanted to share the values about the Bible among the masses. Thus, in this era painting was chosen as the alternative method.

Developed from Romanesque art in the 12th century AD, Gothic art was quite famous in France. It paved the way for Gothic architecture. In this era, human figures were given emphasis.

The era is known for artists like Leonardo da Vinci, Raphael, Titian, and Michelangelo. It gave birth to naturalism and humanism. There was a lot of significance given to the three-dimensional perspective.

This period developed from the late Renaissance. The European art during this era was termed Kitsch because Mannerism exaggerated the art style of high Renaissance art. Therefore you can find that the compositions were asymmetrical.

The paintings in this era continued the exaggeration of the mannerism era, which consisted of magnificent scenes in the art form. There was more usage of gold and marble to depict the prestige of kings and princes.

Rococo paintings were developed in 18th Century Paris and featured art forms having soft colors showing scenes of nature, love, light entertainment, and amorous encounters. The word “rococo” is derived from the term rocaille, which in French means shell or rock.

Similar to the Renaissance period, Classicism was inspired by Greek and Roman art. In this era, art forms followed strict tones, showing patriotism. There were two-dimensional colors and serious-style human figures.

The art style in the Romanticism period was opposite to the strict Classicism era. However, both these eras evolved parallelly. The paintings during the Romanticism era had a lot of emotions and sentiments.

This era was a reaction to the paintings formed during Romanticism. The art style showed both good and evil. Painters showed reality in which ordinary people were working in normal surroundings.

The Impressionist Era (ca. second half of the 19th Century)

Impressionism is believed to be a radical art movement, during which artists started embracing modernity. The era is well known for artists like Vincent van Gough, who created the impression of the light or object according to his imagination.

The Symbolism era was a movement during which artists shared ideas using symbols and the themes revolved around death or sin.

It was the era of having an ornamental style of art in which the paintings showed a lot of playfulness. The artist of this period, Gustav Klimt created paintings with soft lines, human forms in a different character, and the addition of floral background.

During this era, artists “expressed” psychological experiences instead of physical facts. It started during the post-war Weimar Republic when art was becoming intense and moving towards the political side.

This was the period known for artists like Pablo Picasso and Georges Braque who created art in the form of geometric shapes and fragments. Various future art styles were influenced by this period.

Futurism originated in Milan in 1909 and its founder was Italian poet Filippo Tommaso Marinetti whose most famous work was known as Manifesto of Futurism. The era was more focused on social movement rather than artistic style.

This was an anti-war art movement that evolved during the First World War in Zurich. It showed a negative reaction to the horrors of war. The art created by dada artists was nonsensical and represented illogic’s of traditions and rules.

The art in this era was characterized as dream-like visuals as artists during this time painted what they saw in their dreams. Melting Watch, the famous painting by artist Salvador Dali is part of this era.

The New Objectivity was developed in Germany which was focused on the objective world and had themes based on social critique. It had an art style completely in contrast to what was there during the Expressionism era.

The artists in this era were majorly based in New York City who created action paintings using buckets of paint rather than a brush. Marc Tobey and Jackson Pollock were some of the well-known artists of this era.

This era believed in the idea that ‘Art is Everything’ and so artists incorporated objects like newspapers and cans. Clear lines and uniform blocks were used in the art style during this period.

With Berlin as the main hub, this era portrayed art style with vivid colors and showed the big city life.

To conclude, the art period timeline is like a relay race for artists in which one era passed on its creativity to the next. We believe the above article would give you a good insight into Western art history.