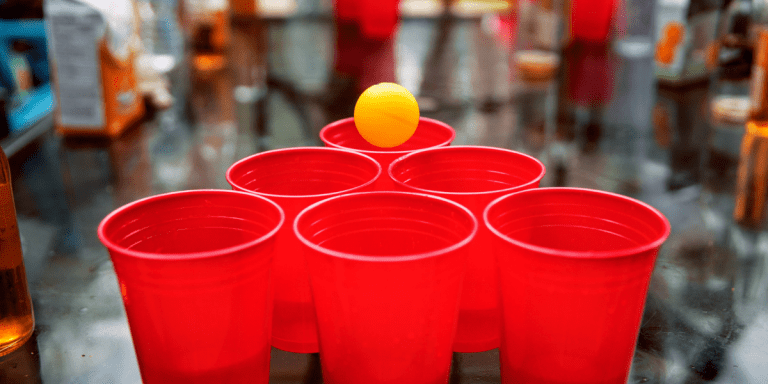 Usually, one way to relieve stress and hang out with friends is to do a weekend party. A weekend party is the best way to bring people together or break the ice with an old friend. But only having a party doesn’t make your weekend fun and exciting. You need to add a specific flavor to it, like Weekend Party Games, where it will be easier to bond with people.

People like to remove all the burden and pressure of their life through a party. A party is one the best decisions for these problems, but having a successful party involves party games. If you are the host of a party, then you want to make it a success. Here are some of the suggestions for you to make your party happening and exciting.

What makes it different from other party games is it is funny and hilarious. Telephone Pictionary brings laughter and joy, which creates a good bond between people. Here, every person playing the game is given a piece of paper. Have someone write down an amusing word or famous person (or something funny and unique), close it, and pass it to the next person.

Finally, the players then read out their original expressions to remind the rest of the group what happened to them. You’ll most likely discover that it’s hilarious, insensible, and different, bringing a good laugh to every individual out there.

Head up is a fun and hilarious word guessing game from Ellen DeGeneres show where you will find plenty of variety and fun in guessing celebrities, singing, to silly ascent. Do you want to play the game? First, you need to download the Head’s up app. Then, an individual will select a category and puts it like a headband on their glorious blow, and here come the words,

Now the player team will have to describe the word without speaking and guess what has a time limit. When the player guesses correctly, they nod the phone forward and go on to the next word. The one who guesses most in the shortest time wins the game.

Who am I is a 20 question game where you get to know about a group of people and mingle with them. Write a name for each player and write it on a piece of paper. Don’t let anyone see the name written in the paper. The name can be of people you know, celebrities, friends, legendary characters, and each player’s back or forehead.

The game starts by sticking the name on each person’s forehead. Each person will be asked about 20 yes or no questions to determine who he/she is. The one who can guess fast is the winner. You can put punishment to make it enjoyable. This game is exceptionally amusing because each player begins by recounting what they know about themselves before moving on to the next topic.

Now, another classic is Beer Pong. You may have known about this game? But if not, Beer pong is an all-time favorite where you have to throw a ping pong ball in your opponent’s cup, causing them to drink contents. Many people use alcoholic drinks for drink contents, but you can also use water or soft drinks to make your game fun and enjoyable.

Place six cups in a triangle shape on either end of a kitchen table, countertop, or ping pong table. Try to put the ball in the cup; if you can score, your opposing team has to eat the drink contents, and the cup is removed from the table. The winner is the team who is the first to destroy any of the opponent’s cups. Isn’t it interesting?

Mystery Word is an excellent game to play at the outset of a dinner party. This game is simple but yet fun to start a party. Generally, people love to play the game in gatherings, dinners, and party events. All must place their name in one pot and a nonsensical phrase, title, or sentence in the other.

Each person at the table then takes a name and a phrase from their respective pots and has to work the phrase into dialogue with the person they’ve selected without being called out on it. The first person who says the word is the winner. Mystery Word will help to keep the conversation flowing between two or more people.

Cards Against Humanity is one of the classic and adult party games where the rules follow a straightforward ‘fill in the blank’ style. Every person deals ten white cards, which act as ‘fill-in-the-blank options. Then one black card is drawn, which is blank and that the participants must fill up.

After that, each player selects one of their white cards, which they think best fills the gap, and positions it face down on a table. The person who drew black cards reads the sentence aloud, filling in the gaps with various choices each time and selecting the funniest as their round winner. The person who wins the most rounds is the winner of the game.

7. Never Have I ever

The question such as which of you has spent your time in jail? Or fight with someone? In this game, you use ways to reveal your pal’s deepest, darkest, and embarrassing secrets, but be careful. You might forget and spill your secrets too. Enjoy your and your companion’s embarrassing secrets to make memories.

Do you like Meme? Do you constantly upload memes to your group chat? Then, this game is a must for you. The pop-culture card game aims to play with friends and family to see who can make the funniest memes. One player puts a picture card on the easel, while the other players use their (usually lewd) caption cards. The person with the funniest memes wins the game.

Catching up with your loved ones and friends brings out nostalgic moments. If you cannot meet with them frequently, host a weekend gathering or party. Games are a must for a weekend party because it increases laughter, fun, excitement, communication and breaks out all the ice with your dear ones. So what are you waiting for? Catch up with them through parties and games.