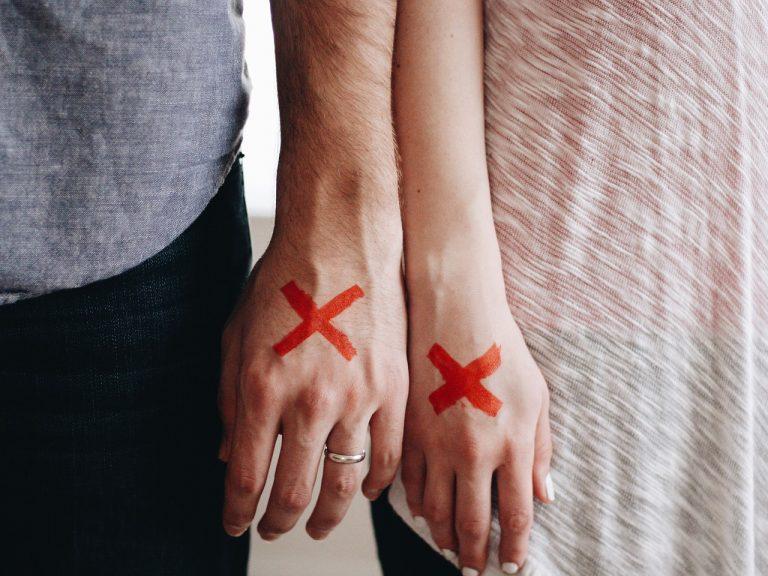 Ever since Kelly Clarkson and Brandon Blackstock began dating in 2012, the former appeared to have found her “forever after.”

Thus it came as a shock to many, including her friends, when Kelly announced in June 2020 that she was divorcing Brandon, her husband of seven years, and the father of her children, River Rose, and Remington Alexander.

While her fans continue to come to terms with the news of the divorce, below is a timeline of their romance and how it got to this point.

Brandon and Kelly first met a little over a decade ago in 2006 during a rehearsal for the County Music Awards.

While Brandon was there to perform a duet of the country band, Rascal Flatts’ “What Hurts the Most,” Kelly was to play Cyndi Lauper’s “Time After Time.”

Even though Kelly felt an instant attraction to him, she couldn’t act on it as Brandon was still with his then-wife, Melissa Ashworth.

The pair, however, met again at the 2012 Super Bowl, and since Brandon was single at that time, somebody made a move.

The two publicly confirmed that they were an item at a party in Tennessee on May 31, 2012. Kelly used every opportunity she had to gush about how happy she was with her newfound love.

The only snag was that Brandon was making her write so many happy songs.

While they enjoyed being “boyfriend and girlfriend,” that phase of their journey didn’t last very long as they got engaged less than a year – ten months to be exact – after they began dating.

After she shared the good news with her fans via social media, the singer-songwriter showed off more of her happiness in the music video for her song “Tie It Up” in 2013.

Brandon has popped the question with a yellow canary diamond that was hard to miss.

Instead of having a star-studded outdoor wedding like she originally wanted, Kelly and Brandon opted to elope when the former realized how tedious planning a lavish wedding was.

The 38-year-old later noted that between keeping up with her work engagements and taking up the role of stepmom-to-be to Brandon’s children – Savannah and Seth – they decided that eloping was their best choice.

After they let go of the original wedding plans, Brandon and Kelly officially eloped in October 2013 – an event that she announced to her fans and followers after it occurred.

The pair had gotten married at the Blackberry Farms in Tennessee, a location that the “Since U Been Gone” crooner referred to as “the most beautiful place ever!”

Even though her new husband came with the two children from his previous relationship, the duo didn’t waste any time in expanding their family.

In fact, less than a year after they eloped, the couple welcomed their first child together, River Rose Blackstock.

As at the time of the birth, Kelly tweeted:

“Our baby girl River Rose Blackstock arrived on June 12th! Thank you everyone for all of your well wishes! Brandon and I are on cloud 9!! :)”

Later in August 2015, the star had mistakenly announced her second pregnancy as she performed in front of a sold-out crowd at the Los Angeles’ Staples Center.

That slight snag didn’t remove the excitement she felt when she welcomed her second child, a son whom they named Remington Alexander, as she tweeted in 2016 that:

“Our little baby boy has arrived!! Remington Alexander Blackstock was born 4/12/16 & he is healthy & we couldn’t be happier or more in love!”

Shortly after they celebrated their fourth marriage anniversary, Kelly reportedly told her fans that her husband was the first person that she had ever gotten sexually attracted to.

The “My Life Would Suck Without You” hitmaker said that until she met her man, she used to think she was asexual.

As much as their relationship had changed and developed over the years, Brandon and Kelly did their best to keep the fire burning.

For example, during the final night of Kelly’s 2019 “Meaning of Life” tour, she performed her emotional hit “Piece by Piece” – a song that addressed her loving relationship with her man, as well as her challenging one with her father.

As Kelly passionately sang the song, Brandon made his way onstage, took over from his wife’s regular guitarist, and waited until his wife turned around.

When Kelly eventually caught sight of him, she became so overwhelmed with emotion that she stopped singing and started tearing up.

After tearfully telling the crowd, “this is my husband,” the mother of two resumed her performance and serenaded her husband before she ended the song with a kiss.

MARCH 2020: SPENDING TIME TOGETHER DURING THE QUARANTINE

Due to the novel coronavirus pandemic, millions of people, including celebrities, were subjected to a stay-at-home order.

The order led Kelly to spend time with her family as she filmed remote episodes of her talk show, “The Kelly Clarkson Show,” from their Montana ranch.

A proud ranch owner, the singer-songwriter claimed that:

“It’s a nice getaway for our family. It’s something Brandon and I have dreamed about since we were both kids. This is what we would call home.”

After nearly seven years of marriage, Kelly filed for divorce from Brandon – a move that not only shocked fans and close friends but also saddened those that they knew their love story.

The talk show host made the filing in Los Angeles on June 4, according to court documents obtained by news outlets.

While there was little or no signs of trouble between the pair, Kelly put her LA home on the market for almost $10 million in May.

Up until they decided to split, Brandon was Kelly’s manager, who also served as an executive producer on her talk show.