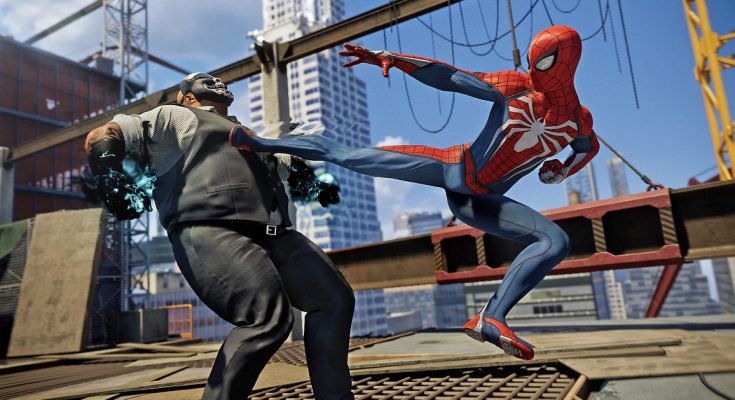 Whether you own a PS4, there are video games that you need to play- For a striking gameplay experience.  Detailed graphics, precisions, and realism are their topmost components that every gamer need. Fast forward to 2019 here are the top five games that will glue you to your seat.

If you are looking for an ultimate best game 2019 for your PS4, you should go for God of War. With 10/10 ratings in Polygon and IGN, this game is surely a deal breaker for the gaming industry.  There is a great difference between best video games and masterpieces- And for God of war, it’s truly a masterpiece. It can inspire, and with its best scenic effects and visuals, you are surely going to live a life through playing the game.

The story opens with Kratos chopping a tree, which he will use for the burial of his wife’s pyre. He is later joined by his son Atreus, a cruel young boy whose life is surrounded by grief. Not long thereafter, Kratos and Atreus start a journey that takes them through different adventures coupled with wars, conflicts, love, puzzles, and emotional moments their true and hidden characters. Besides the graphics, visual upgrades, missions, side characters, and area design make this game a special one.

For those who enjoy swinging in the city’s skyscrapers, Spiderman is here for you. Released in 2018, this game entails a series of acrobatic movements that are intuitive and exhilarating. The game shots are in a mythical New York City and involve protecting the city. For instance, you will find missions like apprehending carjackers ay Broadway or check on some thieves breaking into a jewellery store in Diamond district.

The games intuitive design also features criminal hideouts, old Spidey backpacks and mini-environmental crises that you have to solve. Playing Spiderman takes you through different locations via its missions and side-activities, which brings out different characters and skills of the protagonist.

The non-lethal superhero puts many people behind bars in this story.  His main interest is apprehending the criminals- And not killing them- so if you are the war type, you should move aside. The movements, graphics, swinging and running are all exciting, making this video game top notch. There are also numerous gadgets, Spiderman suits with their associated powers and skills to level up makes this game a progression. Besides, you will also enjoy the various milestone such as movement-based and stealth challenges, which makes the game more exciting.

If you love the monster tales, then Horizon Zero dawn video game is for you. Both critics and lovers acclaim it as the best game 2019. The large monsters prepared for great fights makes the game exhilarating. Combined with a flowing story and unique combat scenes, the game brings out an action-horror fantasy at a go.

The storyline is about Aloy, who is the main protagonist in the story. She is a charming character that brings out a more personal perspective of the storyline. As she embarks on her journey, she encounters battles, herbivores, and robotic beasts, who presents death threats to her at different stages of her journey. The protagonist only uses four weapons-upgradable bows and elemental-infused arrows. Ropecaster and trip caster against her enemies. Though these weapons have great names, they are elementally slow and the enemies could easily catch her unaware.

The game also has a beautiful landscape, combat and special combat effects make it one of the top games to play. Besides you, will enjoy a memorable gaming experience taking out the various creatures on the careful stealth missions in the gameplay.

Rockstar’s ‘Red dead redemption2’ features an adventurous tale where you will encounter different wild animals– the most dangerous are the deer and elk. I mean they could just attack you for no reason.  You will find creepy, unusual and interesting eggs and- many secrets too.  Some of the discoveries you will make playing this game include UFOs, swamp ghosts, vampires, ghost train and time travel.

The gameplay, sound-design, world building and tone that comes with this video game make it outstanding. You will also enjoy the intricate object detailing in the story. Each town has its unique structures, soundtracks and atmosphere increases its realism.  The decaying corpses to and realistic animal hierarchies brings more realism into the game.

Overall, the hunting, characters- Sheriff, random street beggar, Tilly and all other characters have amazing personalities and skills- Very likable and will make you want to play the game more.  The graphics and animations itch the blues- for starters, you will find crystal blue rivers and swaying trees in a forest.  The epilogue is a major seller for the game and is one of the reasons making the video game a must-play. The game has a top-notch make in almost all aspects that make it a top choice for video gamers.

For battle video games fans, Fortnite video game is another one worth checking. The game features the traditional military simulations. Its genre is a battle royale with over 100 players continuously dropping to their field to gather weapons and become the last man standing.  You will also enjoy skydiving and dropping into a large and beautiful paradise where you can do your ‘things.’

The map of the fortnight is very small and you can easily run to the random centre of the spot you will easily reach it. The islands are also large with each featuring its different city with unique structures- giant office districts with skyscrapers, suburbs of houses and many more. Each city also encompasses different locations where you can find guns and explosive for the different wars.

Starting a war in the game is easier-you can place a well-aimed shot or just shoot randomly. You can also carry over the building system from saving the world- and excavate anything in the ground for building or rebuilding structures. Overall, the game keeps everything simple-from visual effects, graphics, and buildings that make it enjoyable for everyone.

Playing the top video games on PS4 will make your gameplay more fun and exciting. You should also consider getting a PS4 headset, as this will vastly improve your experience. As it is, games connect us to real lives and finding ones that are more realistic bridges the gap between our personalities and the characters of our players in video games.