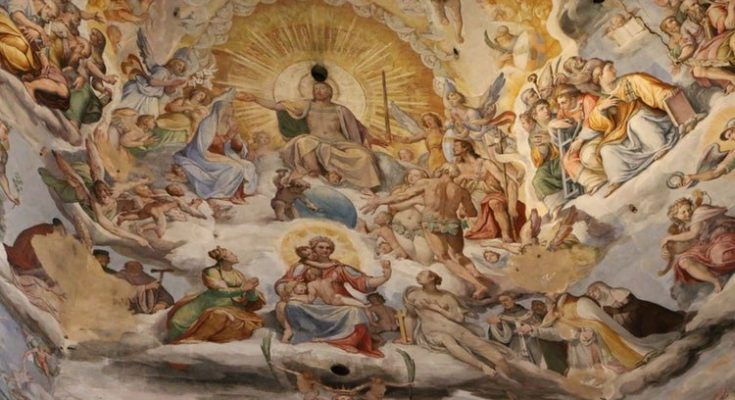 To this very day the famous renaissance paintings are some of the most recognizable, revered and intricate pieces of art ever made. And yes, there are many famous renaissance art paintings out there. Not just the Mona Lisa. Seriously, I’ve seen the Mona Lisa and she’s great, but there are so much more to mention. As a college student I used to miss my art classes – it was boring, and instead of reading and analyzing all that art literature I was just texting “can you do my homework now?” to my smarter fellow students. However, as the time passed by and I grew older, I came to love and really understand art – and especially renaissance paintings. The Renaissance as a cultural movement

The Renaissance marked the emergence of Western civilization from the Middle Ages into the modern era.

And by utilizing techniques such as lighting, atmospheric definition, anatomy, and foreshortening they were able to make three dimensional forms appear much more realistically in the two dimensional space of a painting.

Artists like Da Vinci and Michelangelo excelled at representing human forms in a realism that had not been experienced before. But who are the most famous renaissance paintings?

The Birth of Venus by Sandro Botticelli The Birth of Venus has become one of the most famous works of the Renaissance and a lasting symbol of feminine grace and beauty. Venus is in fact an Italian Renaissance ideal: blonde, pale-skinned, voluptuous.

Botticelli has picked out highlights in her hair with gold leaf and has emphasized the femininity of her body.

In the Birth of Venus, Venus’ body is however, anatomically improbable, with elongated neck and torso. Her pose is impossible: although she stands in a classical stance, her weight is shifted too far over the left leg for the pose to be held.

Moreover, were she actually to stand on the edge of the shell (which cannot be identified as real), it would certainly tip over. But despite it all… It’s one of the most beautiful and famous renaissance paintings don’t you think?

The Last Judgment by Michelangelo The Last Judgement by Michelangelo covers the wall behind the altar in the Sistine Chapel. When executing his “Last Judgement” it would seem that Michelangelo had been given artistic licence to paint scenes, not only from the Bible, but also from mythology.

Throughout the painting the dominant color is that of human flesh against the blue sky, with only a few touches of brilliant drapery to echo faintly the splendors of the Sistine Ceiling. The dead rising from their graves still preserve the colors of the earth.

The whole section, moreover, has darkened considerably from the smoke of the candles at the altar. Quite possibly one of the most famous renaissance paintings.

The Creation of Adam by Michelangelo The most famous section of the Sistine Chapel ceiling is Michelangelo’s Creation of Adam. It differs from typical Creation scenes painted up until that time.

Here, two figures dominate the scene: God on the right, and Adam on the left. God is shown inside a floating nebulous form made up of drapery and other figures.

The painting also shows several hallmarks of Michelangelo’s painting style: the lounging position of both Adam and God, the use of bodies which are both muscular, and the painting of figures who come across as works of sculpture. It is good to remember that

Michelangelo was, after all, a sculptor. Painting was not his primary area, but this is one of the most beloved and famous renaissance paintings. The woman depicted is Lisa Gherardini, i.e. “Mona” Lisa – the wife of the noble Florentine merchant Francesco del Giocondo (thus the term “Gioconda” is also used). But did you know that the painting is truly priceless?

The Mona Lisa cannot be bought or sold according to French heritage law. As part of the Louvre collection, “Mona Lisa” belongs to the public, and by popular agreement, their hearts belong to her. Probably one of the most famous renaissance paintings of all. Leonardo Da Vinci’s “Last Supper”, was made with tempera and oil on a gypsum preparation instead of the technique commonly used in the fresco period.

The subject of the Last Supper is Christ’s final meal with his apostles before Judas identifies Christ to the authorities who arrest him. The Last Supper (a Passover Seder), is remembered for two events:

Christ says to his apostles “One of you will betray me,” and the apostles react, each according to his own personality. The altarpiece was commissioned in 1512 by Pope Julius II for the church of San Sisto, Piacenza. The canvas was one of the last Madonnas painted by the artist. Giorgio Vasari called it “a truly rare and extraordinary work”.

Relocated to Dresden from 1754, the well-known painting was particularly influential in Germany, and after World War II, it was relocated to Moscow for a decade before returned to Germany. It is now a master piece of the Gemäldegalerie Alte Meister.

The School of Athens by Raphael The School of Athens is a depiction of philosophy. The scene takes place in classical times, as both the architecture and the garments indicate.

Raphael groups the solemn figures of thinkers and philosophers together in a large, grandiose architectural framework. This framework is characterized by a high dome, a vault with ceiling and pilasters.

It is probably inspired by late Roman architecture or – as most critics believe – by Bramante’s project for the new St Peter’s. Ginevra de’ Benci is one of the first known three-quarter-view portraits in Italian art. She eyes the viewer directly. Born into a wealthy Florentine family, Ginevra de’ Benci was married to Luigi Niccolini in 1474 at the age of sixteen.

It was a customary practice to have a likeness painted on just such an occasion.

Recently, the humanist Bernardo Bembo has been identified as a possible patron, since Bembo and Ginevra, both married to others, were known to have had a platonic affair, an accepted convention at the time.

Titian was one of the most important Renaissance artists, and his works entered the most prestigious private and public art collections in the world. Among them there was Cardinal Scipione Borghese’s art collection.

Nobody knows for certain what the meaning of Sacred and profane love is, but its mystery makes it even more fascinating. The Assumption of the Virgin was commissioned by the Franciscan basilica of Santa Maria Gloriosa dei Frari in Venice. Titian here depicts Virgin Mary’s ascent to heaven.

She rises to heaven on a lofty cloud, held up by cupids. Virgin Mary looks up at God, who waits for her and welcomes her with open arms.  His depiction of the event seems to radiate an aura of grandeur, which is especially evident in the majestic gold of heaven’s clouds and the big, energetic gestures of Virgin Mary, God, and the apostles below.

With the advent of services such as Mavenart, you can now get your own Renaissance portraits, at the click of a mouse.

No wonder Titian is very recognized for his ability to convey light through color don’t you think?.