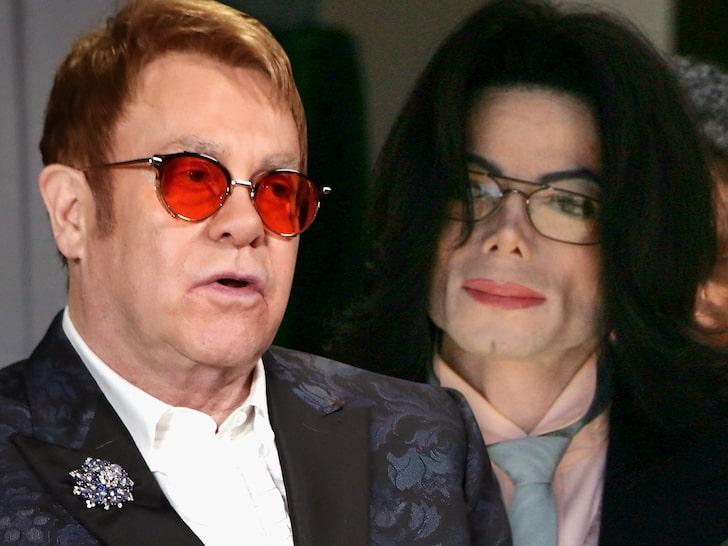 2019 has been a busy year for Elton John. The singer is publishing his first memoir, simply titled Me.

In an interview with Weekend Edition, Elton revealed he’s ready to look back and he has a lot to say.

The first thing the singer revealed is how having children changed him and the course of his life.

“It all changed with having children,” John told NPR. “Ten years ago I had nothing planned for the rest of my life except making music and touring, and then we had two fabulous little boys. And as much as I love playing, I want to be with my boys now. This is a new part of my life.”

Over the years, Sir Elton John has been candid about his struggles with addiction, but now he decided to dive deeper revealing more details in his book.

During an interview with NBC’s Harry Smith, the singer talked about the very beginnings.

“I saw someone doing cocaine and I said, ‘Well, what is he doing?’ and he said, ‘Well, it makes you feel free. And I thought, ‘Hmm, I was always on the outside looking in as far as, like, school and I was never a member of the gang, or whatever. So, I thought, ‘I’m going to try that.”

The comments about Michael Jackson

Elton John says Michael Jackson came off as “genuinely mentally ill” late in life, which led him to believe the king of pop had gone off the deep end.

These are some pretty controversial claims Elton made which immediately caught the attention of media.

In his book he writes: “I’d known Michael since he was 13 or 14 … He was just the most adorable kid you could imagine. But at some point in the intervening years, he started sequestering himself away from the world, and away from reality the way Elvis Presley did. […] God knows what was going on in his head, and God knows what prescription drugs he was being pumped full of, but every time I saw him in his later years I came away thinking the poor guy had totally lost his marbles. I don’t mean that in the light-hearted way. He was genuinely mentally ill, a disturbing person to be around.”

Michael Jackson died in 2009 at the age of 50. The singer died of acute propofol and benzodiazepine intoxication at his home on North Carolwood Drive in the Holmby Hills neighborhood of Los Angeles. Since then his name has been dragged back into the news with claims of sexual abuse and other allegations.

Elton on Ellen and George Bush

Elton John also shared his opinion about the recent encounter between Ellen and George Bush. While it seemed like everyone was criticizing Ellen, Elton expressed his support.

The British singer told NPR on Monday that he admired Ellen for “very eloquently” standing by her friendship with the former president, 73, despite their political differences.