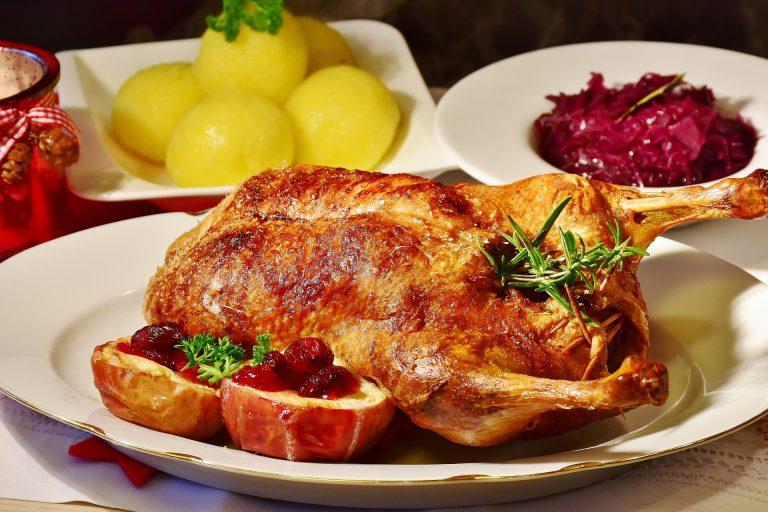 If you’re new to the convection oven, then some of its functions may confuse you. For instance, you may not know when it’s best to use the convection bake or convection roast setting.

In food language, baking and roasting aren’t really that much different. Both involve an open pan, which is usually inside an oven. Roasting is when one cooks vegetables and meats in an open pan, while baking is the method used for “cooking” cookies, cakes, and pies.

In convection, each function brings certain elements to the cooking process, which the others can’t. For this reason, it’s important to adequately educate yourself on the basics of the baking and roasting settings on your convection oven. This way, you can roast and bake perfectly using the appliance.

How Does a Convection Oven Work?

To put it simply, a convection oven has fans and an exhaust system that a traditional oven doesn’t. These parts are responsible for circulating air over and around your food, then venting it back out. Thus, hot air envelopes your food and lets it cook quickly and more evenly.

Which Convection Setting Should You Use?

Why Use Convection Setting?

There are plenty of reasons to take advantage of the convection setting, especially if you’re a bit of a culinary perfectionist.

In a convection oven, hot air doesn’t just surround the food; it blows directly into it, speeding up the cooking process. It is said to cook 25% quicker than a traditional oven.

In a traditional oven, the air is a bit humid since it has no outlet for moisture. In a convection oven, the atmosphere is drier, leading to the faster caramelization of sugar during the roasting process. This is what results in the browner exterior and moist interior of meats and vegetables.

When cooking with traditional ovens, the food may have hot spots, specifically the part exposed to where the oven’s heating element is located. On the contrary, convection oven fans will move the hot air around to even out temperature imbalances, leading to an evenly cooked food.

Since a convection oven allows you to cook food more quickly, and typically at a lower temperature, it’s considered slightly more energy efficient than a conventional oven.

When Is It Best to Use the Convection Setting?

Sometimes, your recipe will call for an oven setting upgrade. If you’re ever on the following culinary missions, going convection can give you the best results.

You can create the best-tasting roasted foods through convection cooking. The setting cooks food faster and more evenly.

Convection lets you bake more cookies at a time compared to the regular setting. That is because you don’t have to rotate the trays part way through the baking process.

Foods that you need to cover with a lid or a foil, like a casserole dish or a braise, don’t depend on moisture to cook well. That said, you might as well cook them in convection so that they’ll cook faster.

Toasting or dehydrating food entails removing moisture from it as fast as possible. For this reason, cooking would be more efficient using convection.

When Shouldn’t You Use the Convection Setting?

If you’re creating a delicate culinary creation that starts as batter and sets while in the oven, then convection might not be the best choice. Hot air moving over and around these types of food can create imbalanced results. Steer clear of convection when making the following:

As far as bread is concerned, though, it is up to you. Convection creates consistent browning and a great crust, but it may also dry out the bread’s interior.

For the most part, your decision on which setting to use would depend on what you’re trying to accomplish. Are you roasting meats and vegetables or baking pies and pastries? If you aren’t doing either and are cooking food that requires moisture to cook well, you should opt for the regular setting.

The convection oven you choose can also play a significant part in how well it cooks the food. For this reason, you’ll want to do some research.

Check out this review on two of the top-rated products in the market today. This way, it’ll be easier to decide which product is best suited for your kitchen needs.