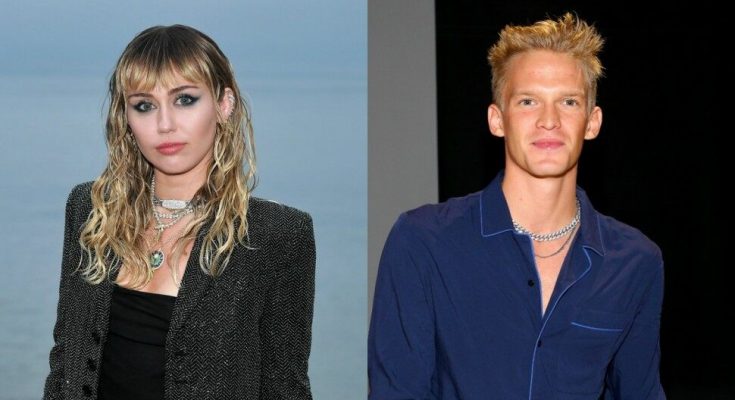 Miley Cyrus broke the internet with the news about her split from Liam Hemsworth. At the same time, everyone was talking about her and Kaitlynn Carter. People first saw photos of them kissing before they even found out she is separated from Liam. Now, she has done it again. A week after she broke up with Kaitlynn, Miley is moving on, yet again.

The internet can’t get enough of the drama in Miley’s personal life right now. Just a couple of days ago, things got even more heated when Cody Simpson entered the picture.

First, TMZ released a video of Cyrus having a “make out” session with Surfboard singer Simpson in an LA grocery store. Then, E News followed the story reporting: “On Thursday afternoon, the “Slide Away” singer was spotted with Cody at a Los Angeles grocery store.”

This didn’t come as a surprise considering their friendship goes way back to 2015. In an interview from that time, Cody said: “Miley is one of my best friends and she helps with some of that transitional stuff—trying to escape your childhood. She’s super open-minded and I’m working on becoming more like that.” And, to make things even cuter, Simpson’s childhood crush was Miley Cyrus. “I knew all the words to her songs, I’m not gonna lie. I’m not ashamed about it, at all,” he revealed in a 2012 interview with Fuse when asked who his childhood celebrity crush was.

The video of the two of them kissing went viral and soon after Cyrus and Simpson moved their “relationship” on social media.

Unfortunately, people were quick to judge her for her choices insulting her for going from one fling to another. The “Slide Away” singer fired back writing:

“Men (especially successful ones) are RARELY slut-shamed. They move on from one beautiful young woman to the next MOST times without consequence. They are usually referred to as “legends”, “heart throbs”, “G”, “Ladies Man”, etc…. where women are called sluts/whores! I am trying to just THRIVE/survive in a “mans” world…If we can’t beat em, join em! If our president can “grab em by the pussy….” can’t I just have a kiss and an açai bowl?!?!”

“I refuse to recluse and “date” from home cause A. That’s not fun B. Extremely uncomfortable/puts me in a vulnerable position …. i would like to share an activity with someone I am dating and not be stuck at home with pretty much nothing to do but “Netflix and chill”

After she shut down the people that judged her, Cody shared a cute story of him kissing Miley on the forehead. Apparently this was after she made him breakfast. So, all in all, it seems like the two of them are not bothered by all the attention, and enjoy their time together. 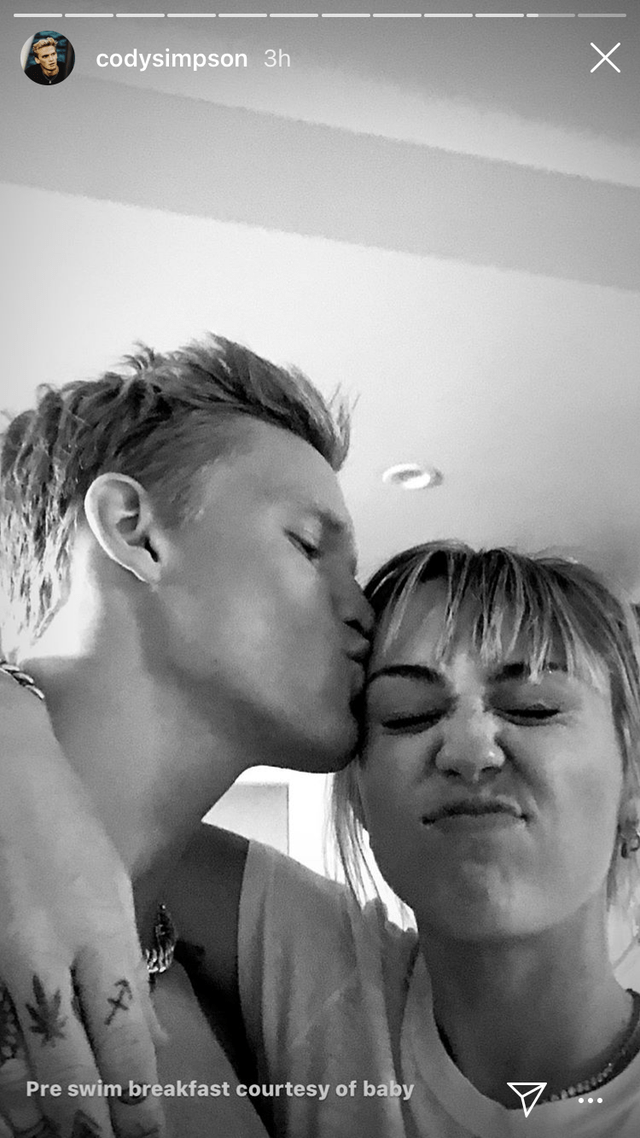