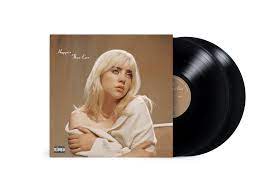 In 2015, the world was introduced to Billie Eilish’s first track “Ocean Waves” on the website SoundCloud. In less than a year, that track built so much momentum it was listed as one of the top streamed songs during that time and remained at the top of the list for weeks. Shortly after
Ocean Waves” topped the Soundcloud charts, Billie Eilish began receiving offers from various labels in the industry.

There are many factors that make Billie’s debut on the music scene very special. First of all, Billie Eilish’s unique sound is something unlike what we have heard before. Her music blends several genres together. There are hints of EDM, Pop, Trance, and jazz found in her songs. Each song tells a story and exudes the emotions felt by the songwriter.

After the mega-success of Billie Eilish’s first album, her fans are waiting in anticipation for the next masterpiece to drop. Billie Eilish recently releases the first track “Your Power” from the new album.

This track is already getting rave reviews with this powerful song. The lyrics depict a past relationship the artist has had and the power that was over her. The music video for this track shows an emotional outpour while the songstress is on the cliff of a mountain. Many people on Twitter have already created memes with their reaction to hearing this song for the first time.

One of the best items to purchase at a concert is the performer or band swag that you can buy at a show. With there being no live events in the past year because of the pandemic, many artists have added their up-to-date swag to their website. With the new album dropping in just a few months, Billie Eilish’s website already is full of options for the fans.

Check out the following ‘Happier Than Ever’ theme items, available for purchase on Billie Eilish’s website today.

If you are a vinyl record enthusiast, this is the memorabilia for you. Listen to Billie Eilish’s rhythmic sounds on vinyl.

The Billie Eilish photobook contains photos and lyrics from the new ‘Happier Than Ever’ album. This memorabilia will give you the opportunity to see the visuals that Billie has paired with the music. This is a collector’s item for sure.

The Deluxe Box Set includes a satin bandana, socks, CD Photobook, Poster, and 2 Lithographs. With this set, you will get to wear the items while listening looking at the ‘Happier Than Ever’ Photobook. Enjoy her new album and feel the sensuality of satin.

Visit Billie Eilish’s website for the most up-to-date clothing and apparel options. With a new album comes new apparel art options. There are apparel options for both women and men, ranging in sizes from small to extra large.

Billie Eilish Coachella bundle and merch can be found on the Billie Eilish website. These items are sure to sell out quickly once the album drops in July. Pre-order your Billie Eilish goods now.