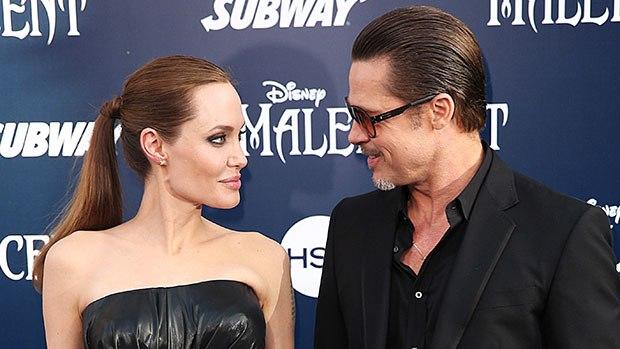 Angelina Jolie never wanted to get married and she says she will never marry again in the new issue of Us Weekly.

On Wednesday, the US Magazine revealed that a close source to the actress said that Jolie has no plans to ever walk down the aisle again and she never wanted to tie the knot in the first place. Apparently, Angelina felt like Brad Pitt pressured her to walk down the aisle.

Angelina Jolie and Brad Pitt were together for nine years before marrying in 2014 in France. Their wedding was small and intimate with only their six kids in attendance, though the photos were shared with the world through People.

The couple met during the set for Mr. & Mrs. Smith and they hit it off really well. So well, that Pitt left his then-girlfriend Jenifer Aniston.

Their relationship was close and really strong. Brad Pitt even adopted Angelina’s kids and became their father legally. The two have six kids together. They share Maddox, 18, Pax, 15, Zahara, 14, Shiloh, 13, and twins Knox and Vivienne, 11. Shiloh and the twins are their biological children.

Unfortunately, after two years of marriage, and more than ten years together, the actors called it quits.

Bard Pitt opened up and reflected about their relationship while discussing his new movie Ad Astra last month. The actor stated: “I would be exploring it whether there was a script that allowed that or not. A breakup of a family is certainly an eye-opener that as one — and I’m speaking in general again — but as one needs to understand, I had to understand my own culpability in that, and what can I do better. Because I don’t want to go on like this.”

Since their split, the couple has been fighting in court over the custody of their children. Now it seems like both are ready to leave that to the past and work to leave all the animosity behind them, for the sake of their children.

Pitt is happy to co-parent with Jolie.

Unfortunately, the relationship between Maddox and Brad Pitt is still strained. Maddox has left for college and apparently Pit still hasn’t visited him. Is it because Maddox doesn’t really see himself as Brad’s son?

On the other hand, Jolie spoke how proud she is of Maddox. The actress looks very happy with her children, and where she is at the moment.

The family was seen together on Jolie’s premiere of her movie, Maleficent: Mistress of Evil. Five of the kids (Maddox was not in attendance, as he’s off at college) were accompanying their mother on the red carpet.

According to sources, Angelina is happy with her kids, being single, and she’s not planning on changing that status soon, while marriage is off the picture altogether.

The actress was previously married to Johnny Lee Miller in March 1996, but the marriage only lasted about one year. She then wed Billy Bob Thornton in May 2000, but they split just two years later in 2002, the Hollywood Life reports.

It’s not hard to understand how Jolie has finally found peace alone with her children.