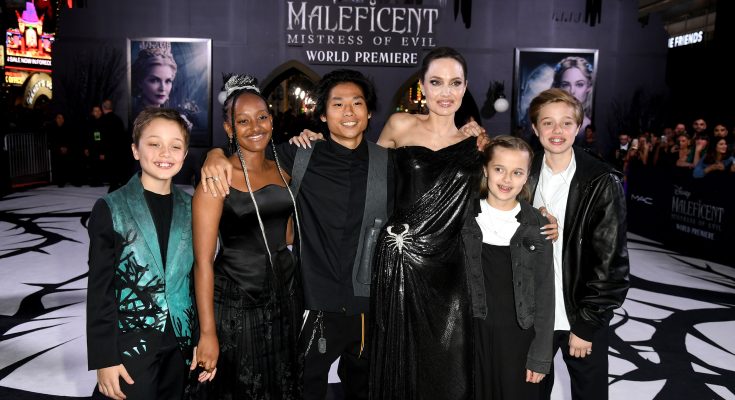 If you’re a Disney fan then you must know by now Maleficent: Mistress of Evil comes out this week. Angelina Jolie put on her horns once again to replay the famous evil mistress. And, this period she went through a lot of interviews promoting the movie. During some of them, the actress opened up about her struggles and how her personal life affected her career.

After four years, Maleficent: Mistress of Evil is the first acting role for Angelina Jolie. She shared that with everything going on it wasn’t easy to find the strength to play that strong character.

“It was a tough time,” Jolie told PEOPLE. “I’d been coming off a few years of difficulty, and I was not feeling very strong. In fact, I was feeling pretty broken. It took me a moment to feel the strength of [Maleficent] again.”

Fortunately, Angelina found her inner strength and returned on the screen. We can’t wait to see her.

When asked, where does she finds strength for everything she does, the actress said her inner strength comes from the love of her six children.

This is probably the reason why at the Los Angeles premiere of her newest movie, her children were next to her all the time. And, while they were all supporting their mother and hung around her during most of the shooting, they didn’t want to appear on the screen.

Angelina revealed that she tried, but none of the children are interested in acting.

“I tried,” Jolie says. “Viv still can’t believe I made her a princess. None of my kids want to be actors. [They’re into] business, humanitarian affairs, things like that. Nobody was interested!”

Jolie’s life after the divorce

In 2016 the internet was swamp with the news of Angelina Jolie and Brad Pitt separation. The power-couple was together for a decade and share six children together.

There were a lot of rumors about the reasons for their separation and the divorce procedure didn’t go smoothly and privately.

Recently the actress started to open up about that period.

“I felt a deep and genuine sadness, I was hurt,” Angelina Jolie said of her split from Brad Pitt.

For the French magazine, Madame Figaro, the 44-year-old actress said her separation was “complicated” and that she didn’t recognize herself anymore. During the interview, Jolie said she felt smaller, almost insignificant, even if it wasn’t necessarily obvious.

“All these things settle in you and remind you of how lucky you are of being alive. the chance to reconnect with humility and insignificance has helped her appreciate the good things in life,” Jolie added. “I don’t know what my fate holds but what I am convinced of is that I am in a period of transition, like a return to my roots, a return to myself.”