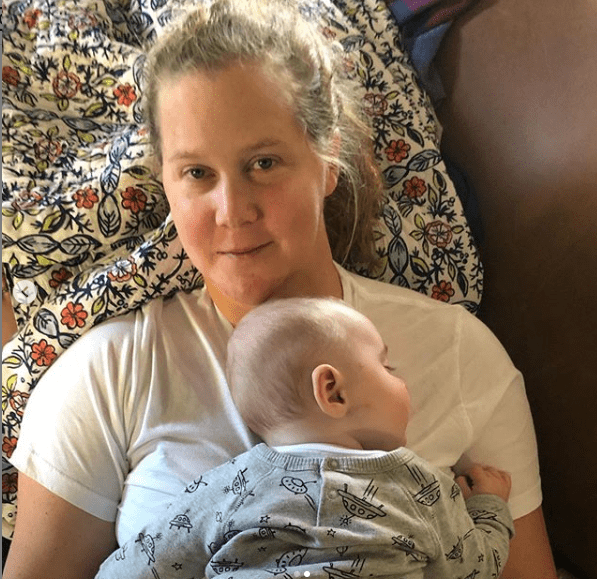 The comedian recently had a baby and enjoyed some time off, taking care of him and learning how to be a great mom. And, now that the time is up, and she has to go back to work, she feels worried.

The actress shared an emotional Instagram post, 2 days ago, in which she reflected how she feels about going back to work. In the post, Amy writes: “5 months today and like all moms, I love him so much it hurts. I’m feeling strong and good and like I’m still a human being with interests and ambitions and goals I’m excited to reach.”

“It’s felt good to be back at work. I was so worried about it and was afraid to go back after he was 3 months old. A couple of days I’ve cried from missing him,” the “Trainwreck” actress continued.

She finished her caption adressing the fans: “But it’s mostly good to be back and the breaks energize me to be a better mom and appreciate our time even more. I have it a lot easier than many people but I wanted to share my experience. 🥰 what was your going back to work experience?”

Schumer wants to have no regrets and feels good. Although, admits it was hard and she cried during the process.

But, this isn’t the first time the actress worked after she had the baby. In fact, when Gene Attell Fischer, her baby, was only 3 weeks old when she first did a stand-up. Amy Schumer gave birth on May 5th, while on May 19th she did a stand-up set in New York City.

Some of her fans reacted really strongly and mom-shamed the actress for not waiting longer. When Schumer shared a moment from her set at the Manhattan comedy club the Comedy Cellar on Instagram, saying “I’m back!”, fans were shocked.

One fan wrote: “Already???? That’s insane!!! And inhumane. Contract or not you need to be allowed at least 6 weeks for maternity.” “No! Take a break!” another person commented.

As a true comedian, the actress shared another post after that, with the caption: “Sending out love to the moms shaming me for doing standup last night! #tinystairs #schumerpumprules pic by @mofischhh”

Sending out love to the moms shaming me for doing standup last night! #tinystairs #schumerpumprules pic by @mofischhh

This is not the first time Amy to post a funny and unflattering photo of herself. The actress truly doesn’t care what others think about her and continues to make us smile.

Just four days ago, the “I Feel Pretty” actress posted a picture of herself on the toilet with a shocked look on her face captioning it: “#tbt the day I found out I was pregnant in @jessseinfeld bathroom”

Here’s another photo of Amy Schumer which she shared on her Instagram.  She and her and new baby son Gene getting some cuddle time in before the comedian heads back to work.