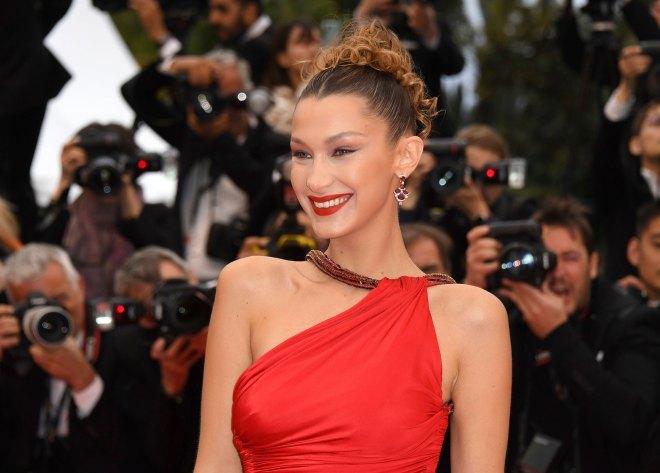 Mirror, mirror on the wall, who’s the fairest of them all? Don’t we all want to know? Well, even if you don’t Dr. Julian De Silva, a London-based celebrity facial plastic surgeon, revealed that she was the chosen one according to the Greek Golden Ratio of Beauty Phi.

On Wednesday, October 16, Dr. Julian De Silva had an interview with Harper’s Bazaar where he claimed, Bella was the winner among today’s biggest stars. The celebrities were evaluated based on the Greek Golden Ratio of Beauty Phi.

The Greek Golden Ratio of Beauty Phi is actually a number – 1.61803399. This “golden” number, 1.61803399, represented by the Greek letter Phi, is known as the Golden Ratio, Golden Number, Golden Proportion, Golden Mean, Golden Section, Divine Proportion and Divine Section. What’s intriguing is the extensive appearance of Phi throughout the human form, in the face, body, fingers, teeth and even our DNA, and the impact that this has on our perceptions of human beauty. Some people argue that beauty can be defined as how closely the proportions of facial and body dimensions come to Phi. 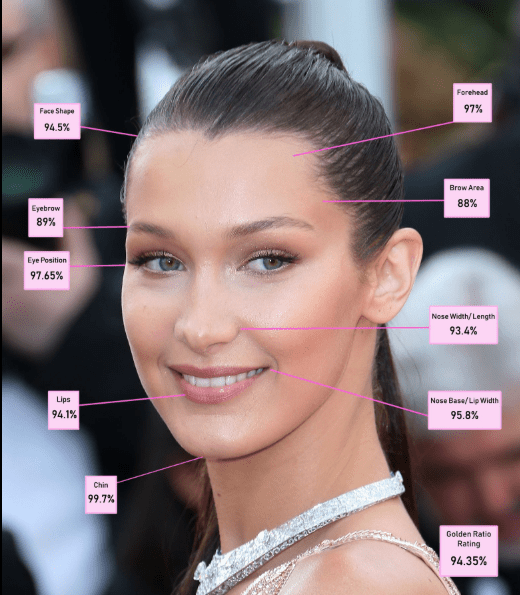 So, it seems like Bella Hadid’s face is close to ‘Physical Perfection’ based on Phi.

Dr. Julian De Silva is a plastic surgeon who uses a combination of modern computerized mapping techniques with an ancient measurement of physical perfection to help plan patients’ surgery.

The doctor wanted to demonstrate his technique, so he evaluated the faces of today’s celebrities. It turns out that Bella’s face was 94.35 percent accurate to the ‘golden ratio’. “Bella Hadid was the clear winner when all elements of the face were measured for physical perfection,” the doctor said.

He added, “She had the highest overall reading for her chin which, with a score of 99.7 percent, is only 0.3 percent away from being the perfect shape.”

Well, it seems like Beyoncé took the second place, Amber Heard the third, Ariana Grande the fourth and Taylor Swift the fifth.

Also, high on the list were Kate Moss and Cara Delevingne.

Dr. Silva talked more about his research and told  Harper’s Bazaar: “These brand new computer mapping techniques allow us to solve some of the mysteries of what it is that makes someone physically beautiful and the technology is useful when planning patients’ surgery.”

Now, the only thing left to argue is how valid his method is? We believe we can all agree that symmetry is not the only thing that makes someone beautiful or attractive. I mean, let’s face it. So many celebrities that have perceived flaws are considered unique and attractive by millions of people.

We can even say that people with slight quirks in the public eye are celebrated. And, that’s a good thing we guess. So, who’s the most beautiful celebrity in your eye?