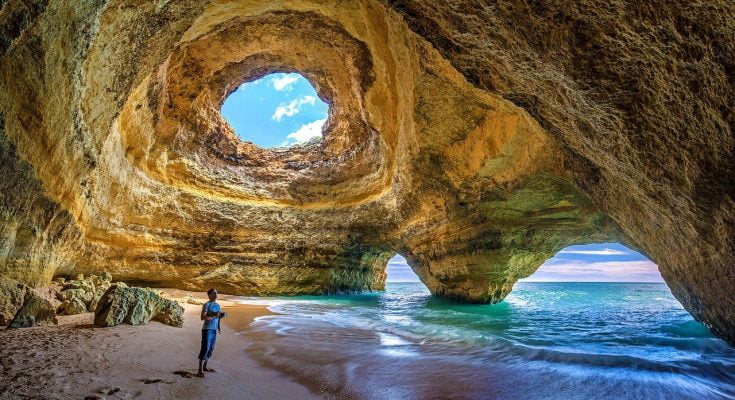 The Algarve is a fantastic place to go on holidays and is historically set up for families. So, what should you do when you take a trip to this fantastic area?

Tavira Island is a skinny barrier island located a few hundred meters seaward of Tavira. Boats run to Tavira Island from multiple points on the mainland, including Tavira marina and Quatro Águas. There is also a bridge to the island at Santa Luzia. Tavira Island is served by a seasonal tourist train in the summer.

Even by the world-class standards of the Algarve, Tavira Island’s Blue Flag beaches are something special. They’re distinctive and delicious as well as exceptionally spacious. All told, the island’s beaches run for 11 kilometers.

You can find plenty of posters advertising short sea voyages at virtually all of the Algarve’s major marinas. Deep sea fishing charters are popular, but one trip that’s really worth taking is a dolphin-spotting tour. The ocean around the Algarve is practically teeming with common and bottlenose dolphins. This makes it easy to head out and meet them on a boat. The dolphins, because of their exceptional intelligence and curiosity, enjoy these expeditions as much as the tourists. Your boat can easily become the focus of an entire pod of dolphins – up to 50 of the creatures. For the very best experience, look for tour companies that send a marine biologist along with you to provide scientific insights.

The historical core of Lagos is a splendid tourist destination. The old town is still largely surrounded by the fortifications built around the smaller city in the 1500s. These sit on top of even older walls built during the city’s Moorish period. Lagos was the capital and central metropolis of the Algarve from the 16th to the 18th century. The Old Town has a splendid museum that lays out the city’s extensive history and illustrates it with artifacts preserved across millennia.

Outside of the pure historical attractions, the Old Town has plenty of other draws. Wandering the narrow, cobbled streets turns up endless points of interest. Examples include the fine azulejero-encrusted church of Santo António, a jewel of baroque design, and the Lagos slave market, a reminder of the city’s dark time at the center of the European slave trade.

Lagos isn’t all about the past too, the area has a range of great things to do and there are plenty of ways to get out and about on an adventure. A guided tour of the coast, via kayak Lagos can be a great way to explore the natural beauty, coast and caves the area is well known for.

The Arco Da Vila is a noteworthy neoclassical structure built to replace one of Faro’s ancient Moorish gateways. Commissioned by the Bishop of Faro (Francisco Gomes de Avelar) in 1812, the gate was designed by Francisco Xavier Fabri, a noted Italian architect. The well-preserved gate is a riot of neoclassical details, including a belfry (complete with stork’s nest), balustrade, clock, and a beautiful marble statue of Thomas Aquinas. Pay close attention to the interior of the gate; as you pass through it, you can see the faint traces of the structure’s original stonework from its much older, Moorish incarnation. Traversing the Arco Da Vila puts you in the footsteps of millennia of visitors – this was once the city’s primary entrance.

This fort, which crowns a promontory close to Lagoa, actually predates the Moors’ eighth-century arrival in the region. Today it exists largely in ruins, as it was demolished in the 1800s. The structure that currently stands on the site is a terracotta-roofed hermitage with a lengthy pedigree of its own. The isolated setting and the building’s clean, whitewashed walls make a beautiful tableau. This is the perfect vantage point for surveying the ocean and the nearby beaches at Praia Nova and Praia da Senhora da Rocha.

Moving inland from the Algarve’s celebrated coast, you’ll find no shortage of land-locked attractions. The Algarve’s northern border with Alentejo is secured by the Serra de Monchique mountain range, and the region offers some spectacular sights. This range is also the home of southern Portugal’s highest peak, the 900-meter tall Pico da Foia.

Monchique is the best place in the region for outdoor adventures in the cooler seasons. The slopes around the peaks are covered with strawberry trees. Not far from the main town on Monchique, you can find the ruins of a convent from the 17th century. The town itself is well worth a visit, and its sights are distinguished by the brightly-colored windows and doors set into the community’s ancient whitewashed walls.

Prior to the 1960s, the Algarve had little to do with the game of golf. Things have changed a great deal in the subsequent decades! Now, the Algarve is one of Europe’s foremost golfing destinations. The Algarve is notable for the sheer density and variety of its golfing opportunities. The region packs 42 courses into 35 different clubs. No matter where you stay in the Algarve, there’s a golf course nearby.

Some of the region’s most outstanding courses are Palmares (near Lagos), Oceanico (Vilamoura), Quinta da Ria, and Quinta do Lago, which hosts two courses featuring innovative design work.

Family vacations often demand the inclusion of a waterpark on the itinerary. Here, too, the Algarve does not disappoint. It has several water parks that stand up well in comparison to any other part of Europe.

Portugal’s largest water park – and one of the largest on the continent – is located in Estômbar. The sprawling facility offers up 16 different slides and nearly two hectares of open sunbathing lawns.

Quarteira boasts the Aquashow Park, a must-visit for older children and thrill-seekers of all ages. The park’s challenging slides include FreeFall, which at 32 meters is Europe’s highest water slide.