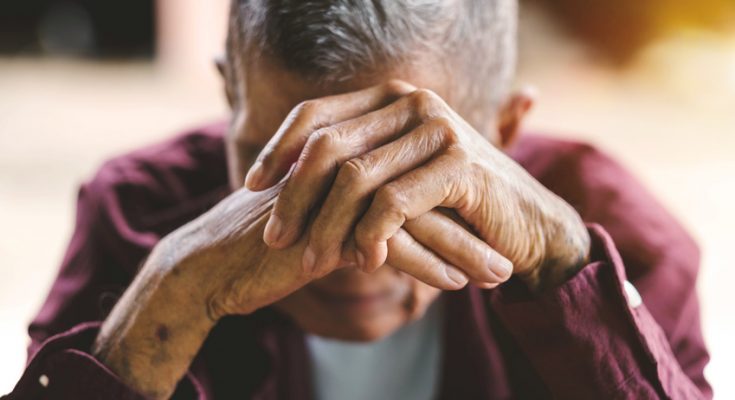 As more and more elderly individuals are coming forward with their stories of suffering from elder abuse, it is important to be able to quickly identify the different types of elder abuse so that you can help put an end to it before it gets worse. According to the National Council on Aging, nearly one in ten Americans over the age of sixty have experienced some form of elder abuse. Sadly, recent studies have also shown that only one out of every fourteen cases of elder abuse are reported, so that figure may be even higher.

One common type of elder abuse is bed sores. Bed sores can develop due to neglect when an elderly person is residing in a nursing home and is not receiving proper care. In most cases, bed sores and associated conditions, such as infections resulting from the open wounds are completely preventable if the elderly patient is getting adequate medical care.

Bed sores are typically caused by patient immobility. Elderly patients are particularly susceptible to developing bed sores if they are unable to move on their own or are non-ambulatory. Bed sores are seen in elderly residents in nursing homes, as well as in patients in hospital settings. These develop due to an injury to underlying skin tissue caused by prolonged pressure on a particular body part. These occur most commonly on a patient’s back, tailbone, buttocks, or hips, though bed sores may show up on other areas of the body.

Another type of elder abuse is severe dehydration. This form of elder abuse is particularly common in nursing home and assisted living facilities. Dehydration occurs when there is an excessive loss of water in the body to the extent that it disrupts the body’s normal functions. Essentially, a person becomes dehydrated when they lose more fluids than they are taking in. As the human body is in a constant state of losing water, these fluids need to be replaced. If the fluids are not replaced as they leave the body, then the body will not have enough water to perform necessary bodily functions.

If an elderly person becomes severely dehydrated, there can be significant consequences for their health. Severe hydration can lead to life-threatening consequences, such as brain swelling, seizures, or kidney failure. Signs and symptoms of severe dehydration include dry mouth, decreased urination, lack of sweating, low blood pressure, confusion, delirium, and becoming unconscious.

Infections are another form of elder abuse, and these can cause serious long-term injuries or even death. These tend to occur as a consequence of other forms of abuse and neglect. For example, an elderly person may suffer a severe infection due to untreated bed sores. When an elderly person suffers an infection of any kind, it can be much more serious for them than it would be for someone younger with a stronger immune system. There are many different kinds of infections, including urinary tract infections, skin infections, and gastrointestinal infections. If an elderly individual gets an infection, treatment is required right away to help cure the illness before it gets worse and has more serious consequences.

Other forms of elder abuse include physical and emotional abuse. Physical abuse involves any form of unwanted physical contact, such as unnecessary restraints, hitting, pushing, or shoving. If you are concerned that a loved one has been subjected to physical abuse, aside from speaking to them about it, you can also look for signs like bruising, marks from restraints, lacerations, burns, and broken bones or sprains.

Sometimes, elders face emotional abuse while residing in nursing homes or long-term care facilities. Emotional abuse can include things like threats, manipulation, humiliation, engaging in demeaning behavior, and isolating the elderly person from friends and family. When you have reason to believe your loved one may be experiencing emotional abuse, you should look carefully for some common indicators, which include the following:

Another form of elder abuse is sexual abuse. This includes any unwanted sexual contactand also includes situations where the elderly person is unable to actually consent to the sexual contact. It most frequently occurs in nursing homes or long-term care facilities. Elderly women tend to be more likely than men to suffer from sexual abuse. The risk for both genders also increases with age. There are additional risk factors associated with sexual abuse, which include physical or mental disability, neglect from caregivers or family, and elderly individuals who are socially isolated from loved ones.

Elder abuse comes in many forms, and it is very difficult to watch a loved one go through such a traumatic experience. In cases where elder abuse and neglect occurs in nursing homes or long-term care facilities, these places may be negligently at fault for the abuse. Contact us at The Peck Law Group if you or a loved one has been subjected to elder abuse or neglect. Though nothing can change what happened, our attorneys will fight for your right to legal compensation to help you or your loved one begin to heal during this difficult time.