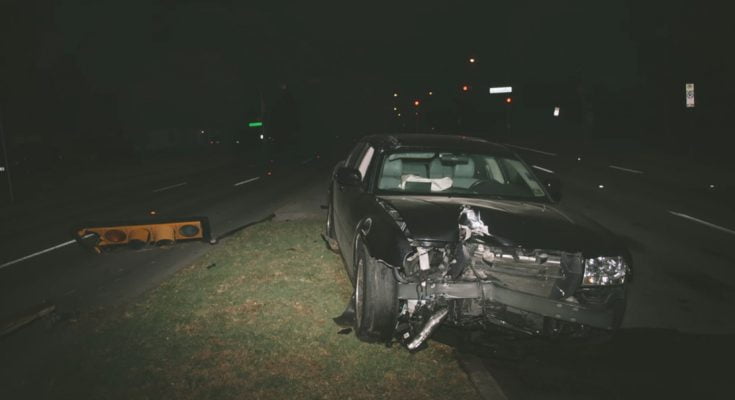 A car accident can come out of nowhere and wreak havoc on the life of the average person. Now you have to contend with insurance, another person, and possibly even the police. The simple fact is that what you do immediately after an accident can often be much more important than what you did leading up to it. Every single day people give up their innocence and admit fault too quickly or dig themselves in an even bigger hole after an at-fault accident. The accident itself concerns itself with the physical world, but the rules are different in the legal world. Just remember: what you say can and will be held against you. Being prepared for an accident is a skill in and of itself, not everyone is able to keep their cool and follow protocol after the crash & bang of two cars colliding. However, now is the time to be keeping a cool head and looking out for your best interests at all times.

This is exactly what you need to do after a car accident:

Do not leave the scene

No matter how minor the accident, your first impulse should not be to slam it into drive and take off for home. In most jurisdictions it is a serious offense to leave the scene of an accident before everything has been figured out with regards to who will be paying for what and whether or not the police have all of the information they need. Not only that, if you leave immediately you passed up your chance to collect your own evidence.

Move the cars out of traffic

If possible, put your four-ways on and begin to move the vehicles out of the roadway. This way you’ll have your privacy to assess damage and gain your footing before continuing while not getting in anyone else’s way. If your car is immobilized in the middle of a thoroughfare you should call a tow truck immediately to move the vehicles involved.

Even if you don’t think it is necessary, you should call the police and have them arrive at the scene of the accident. This way a police report is made about the incident which serves as an unbiased and sober assessment of what occurred on that day. Also, the police might end up doing some follow-up investigating that could help your case.

This is the part where you whip out your cell phone and take meticulous photos of any damage to the vehicle and physical injuries sustained. These form an important record of what damage needs to be fixed and just how intense the accident itself was. The damage left on a vehicle can also be inspected forensically to help determine who was at fault for the accident, so make sure the pictures are as clear as possible and tell the full story of the accident.

Now you should collect the information of everybody involved in the accident and any witnesses at the scene. Things like names, addresses, and phone numbers should be obtained, but a phone number will suffice in place of an address should someone be reluctant to give up that information. Ask to see the other driver’s insurance card and make a note of their policy number. Also, make sure to get the police report number from any police officers on the scene so you can have access to it at a later date.

This step is usually two-fold. First, you need to go to your nearest collision center and report the accident to the government and give your version of events. Often times they will have you create a drawing of the accident accompanied with a small description of the events. Once you’re finished up at the collision center it is imperative that you report the accident to your insurance company. Do this as quickly as you can ensure that you receive the benefits you’re entitled to under your policy.

The adrenaline of the accident might have you completely unaware of a fractured bone or other injury so you should take yourself to the emergency room as quickly as possible. Pain relating to injuries from car accidents often occurs a day or two after the accident after you’ve calmed down and slept once or twice. The doctors will make sure that your spine is in working condition and that you haven’t suffered any concussions. Going to the emergency room as quickly as you can might end up saving you years of chronic pain or even having to need a wheelchair if your spine suffers a delayed injury.

Keep all accident-related documents together

The final step once you’ve returned home is to make a diligently kept file that contains everything relating to the accident that you’ve received. This included pictures of the accident to your insurance policy at the time as well as any medical bills relating to treatment of any injuries that were a direct result of the crash. Some courts in busy cities such as New York are constantly filled up with cases, any New York Work injury lawyer will want you to have all of your documents together so they can quickly submit them all. In New York courts, the judges appreciate a well-put together case and it is likely to help you out. Even if you don’t live in such a bustling metropolis, it doesn’t hurt your case one bit. This way you minimize the risk of losing important documents that could prove or disprove your culpability as well as keep everything nice and organized should the police, an attorney, or your insurance company asks for it.

There you have it, a beginning to end guide on what to do if you ever suffers an unfortunate accident. Getting in a car crash is extremely stressful, there’s no doubt about that, but it isn’t the end of the world and sticking to this list helps insulate you from anything worse happening afterwards. Once the accident is over, it is more or less up to the insurance company to decide what happens next. Should the other driver be found to be at fault, your insurance will more than likely pay out everything you are entitled to. If you are at fault for the accident, your insurance company is going to be a lot less generous. Ultimately, the best we can all hope for is that nobody was hurt and that everyone’s lives can return to normal as quickly as possible.