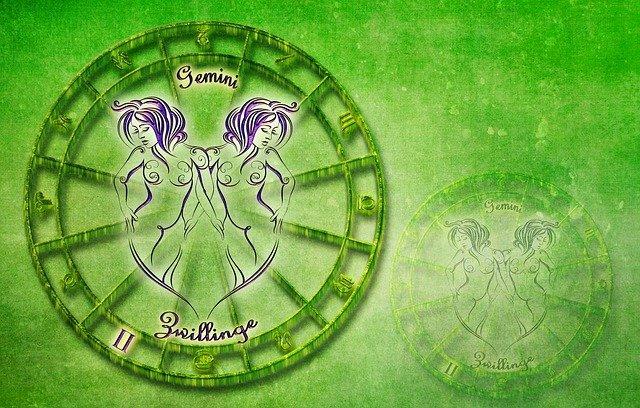 If you’re a Gemini, you’re in good company. According to psychic mediums, individuals with this star sign tend to be social, popular and charming. This might explain why some of Hollywood’s biggest stars were born under Gemini. These are our favorite seven celebs who came into the world between May 21 and June 21.

Aly Raisman, a gold-medal Olympic gymnast for the U.S. team, was born on May 25, 1994. Since retiring from professional gymnastics after competing in the 2016 Games, she has embarked on a career as an advocate for young women and appeared on the popular TV series Dancing With the Stars.

None other than Captain America counts himself as a Gemini. Chris Evans was born on June 13, 1981, and started his film career in Not Another Teen Movie before joining the Marvel Cinematic Universe with 2005’s Fantastic Four as the Human Torch. Evans first starred as Captain America in 2011 and has also acted on Broadway.

Born June 4, 1975, Angelina Jolie displays classic Gemini traits as she effortlessly transitions from actress to director, humanitarian to mom. For today’s audience, Jolie is most recognizable as Disney’s Evil Queen Maleficent. She has also been honored by the United Nations and countless other organization for her human rights work.

As the oldest person on our list, Sir Ian McKellan was born on May 25, 1939. Over this British actor’s 60-year career, he has received a Tony, a Golden Globe and seven Lawrence Olivier awards. You probably picture him as Gandalf in the Lord of the Rings or Magneto in X-Men, two of his most iconic roles.

This Gemini has a long acting career that has earned her two Golden Globes and an Academy Award. Born in Israel on June 9, 1981, Portman first shone on screen as a child actress in 1994’s The Professional. While she has appeared mostly in smaller films in recent years, she also signed a production deal with Apple+ in March 2021.

Born June 3, 1967, Anderson Cooper is a political commentator who has had his own show on CNN for more than 20 years. Cooper is an 18-time Emmy Award winner as well as one of the first highly visible LGBTQ news anchors. He became the first openly gay person to serve as presidential debate moderator during the 2016 U.S. election.

While she earned widespread recognition for her Academy Award winning role in 2011’s The Help, Octavia Spencer has been a working actress since appearing in A Time to Kill in 1996. More recently, you’ve seen her in Hidden Figures, Ma or The Shape of Water. Born May 25, 1970, Spencer was the second Black actress to get two consecutive Academy Award nominations and the first to do so after winning an Oscar.

Explore your Gemini traits and learn more about how your astrological sign influences all aspects of your life. Request your free natal chart from California Psychics today if you’re looking for the best psychic reader online to guide your future.