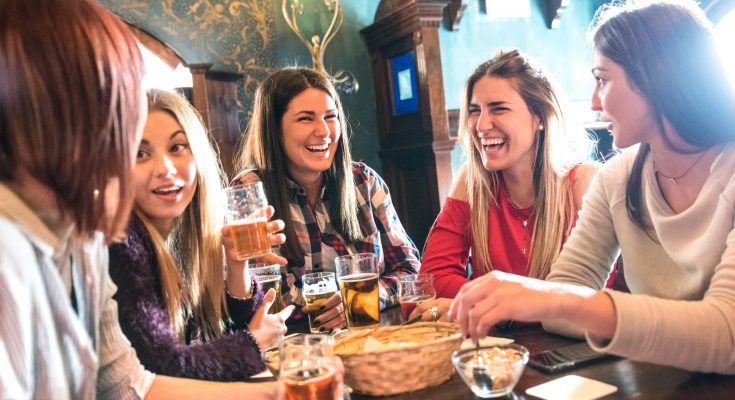 A great beer should be delicious on its own. Enjoy it along with the right type of food, and you will take the experience to a whole new level.

Many people enjoy pairing particular types of wine with appetizers, courses, and entire meals. Beer is every bit as versatile and can complement foods of many kinds just as well.

Despite this, many beer fans never try to choose foods that will make their favourite brews sing. Start out with any of the six following options, and you will discover some entirely new ways to enjoy beer.

One of the reasons why pizza is so popular is that it is such a fun, casual-feeling food to eat. A simple pizza topped with tomatoes and cheese should go great with many of the highest-rated beers at sites like Alcohol Professor.

Add some more assertive toppings, and things become more interesting. Fans of anchovy-laden pizza often find that a crisp Pilsner does a great job of cleansing the palate between bites.

Light, refreshing beers like that tend to work well with particularly substantial sorts of pizza, too. It might be difficult to finish even a single slice of Chicago-style deep-dish pizza, but a light, sparkling hefeweizen will make the heavy lifting easier.

There is probably no more popular beer pairing than a hamburger served with a side of fries. While the world-famous hamburger probably originated in the United States, its name rightly suggests an affinity with the beer-loving nation of Germany.

Many beer fans reflexively reach for a lager when a burger is to be served, and that is never a bad choice. Try a porter along with a hamburger that includes toppings like mushrooms or aged cheese to emphasize the depth of flavour.

Fans of sushi and sashimi often praise their delicacy of flavour and texture. Some assume that beer would overwhelm all that subtlety, but that does not have to be the case at all.

In the sushi-obsessed country of Japan, in fact, diners regularly enjoy beer with raw fish. In most cases, that will mean cracking upon a can of something like Kirin Ichiban, a beer that is light and retiring enough to let uncooked seafood speak for itself.

Many health-conscious people default to cooking up some skinless chicken breast when no other dinner ideas come to mind. That can quickly get boring, but the right beer will make things more interesting.

The funky flavours of a naturally fermented farmhouse Saison, for instance, will happily make up for a chicken breast’s lack of personality. Other beers that are light enough not to overpower chicken but still have plenty of character will work just as well.

Many people love the spicy but comforting flavours of the fusion cuisine known as “Tex-Mex.” Try a Mexican beer such as Negra Modelo or an adjunct-based lager-like Lone Star the next time you sit down to some queso, chips, and brown-sauce enchiladas.

Many beers feature plenty of the low-key sweetness typical of malted barley. Beers like stouts that balance this with roasted flavours instead of bitter hops often make great dessert-time companions.

These six types of food suit many excellent beers very well. Some of them are even perfect to enjoy with the kinds of everyday brews that some enthusiasts look down upon. Whatever your favourite beer, there are plenty of ways to use food to make it even more enjoyable.