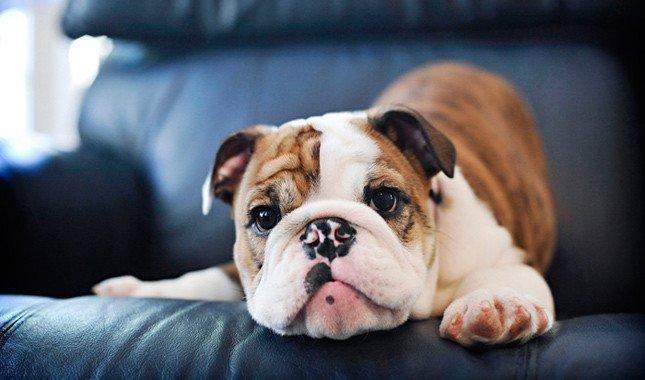 When it comes to Bulldogs, people often believe that these breed of dogs are aggressive, unfriendly, and not able to maintain, but what would you say if you heard that bulldogs are one of the sweetest dog breeds on Earth? Unbelievable! Bulldogs are also known as British or English Bulldogs, and they have different functions for humankind. Bulldogs are of medium size, but that does not mean that they are not agile and faster than most breeds. Also, bulldogs look funny to most people because they have wrinkled faces with pushed-in faces. Bulldogs are some of the most popular kinds of dogs in the world, and the ranked 4th on the list of most popular dogs in the United States of America in early 2016, this analysis was supplied by the Kennel Club in the USA.

Bulldogs originated from England, as they were commonly used as pets for the high class. Bulldogs are usually weighty, which makes them very good for protection against bad people and events. The lifespan of this breed of dogs ranges from 8 to 12 years, after which they either die from natural causes or get sick. Many believe that bulldogs have a National value to the English people because they are seen as icons to the Americans because they signify agility, bravery, and determination. In all, bulldogs are capable of sustaining demanding environments as they have survival traits and know how to protect what they love. Some bulldogs are overly protective of their owners which is why it seems like they are harsh and brutal, especially to outsiders. However, there are few unknown things about bulldogs that are amazing and overwhelming.

Bulldogs love to sleep as well as human beings love too, and they can be the best cuddle Buddies in the world if you let them. They sleep so soundly and are very cute because that is the only time that they ever let their guard down. It doesn’t matter what time of the day it is; bulldogs sleep almost throughout. The best things about this are their sleeping positions; especially when they are pretending not to be asleep, they unknowingly fall asleep in cute and funny positions.

How would you like your dog to be calm always and not be the barking dog everyone talks about on the street? Well, bulldogs are the kinds of breeds who do not bark all the time; instead, they spend their time playing or sleeping, which is when they have the time to snoring.

They Are Fun To Be With

Unlike some breeds of dogs that are harsh and make people uncomfortable around them, bulldogs are fun dogs to be with as they always want to emulate what you are doing and sometimes run around you till you fall only to lick you. They understand too well when it is time to get into the party groove, and they never disappoint. Also, one of the ways you can have so much fun with them, is to have cute bulldog stickers all over the house during a party.

They Assist A lot

Bulldogs only have to study you to know what you would need at every second or minute of the day, and this is why they can be easily communicated with. They love assisting whenever they can, and have fun while doing so.

They Are Almost Humans

Bulldogs unlike some breeds of dogs show you when they are hurt without being aggressive about it. At this time, they either want to be cuddled or played with.