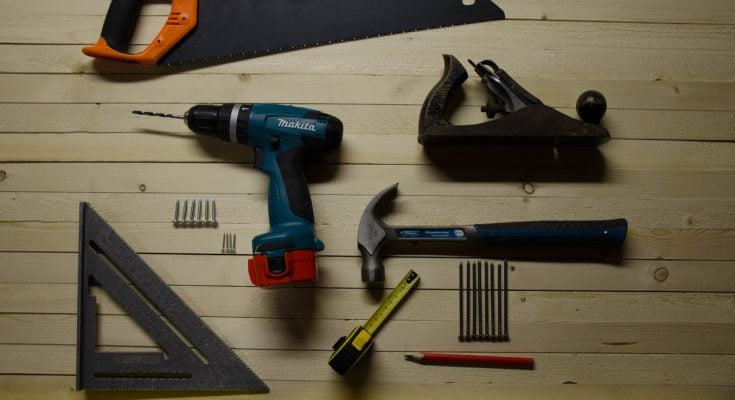 You might have recently seen a study from an American alarm company that claims ‘Millennial dads’ have terrible DIY skills. The study claimed that men who apparently should be able to use a drill or stepladder actually own neither, to the eternal shame of their parents, who the study tells us are far superior in the handiness stakes.

As with a lot of these studies, the aim is to make the people ‘studied’ feel bad about their failures, and millennials are often the target of criticism and ridicule for supposedly making the world worse, one tiny failure at a time.

Here are five reasons why, even if you genuinely can’t hold a spirit level straight that you should never feel bad for lacking traditional DIY skills.

The study in question pitted intergenerational dads against each other. Millennial dads Vs their Boomer dads, excluding women from the DIY conversation completely. Not only is that unfair to both men and women, putting undue pressure on the former, while effectively ignoring the latter, it skews the findings. A lot of households will rely on the handy skills of women, from single-parent homes to traditional families where the mom is simply better with a wrench than her partner. There are even same sex couples where both women can quite easily out-DIY the average dad.

The concept of handiness is evolving

It’s been a long time since ‘handiness’ only applied to people who knew how to use a drill or owned a set of wrenches. A study from the UK found that the concept of ‘DIY’ and ‘handiness’ is evolving due to the proliferation of technology. So-called ‘digital DIY’ is catching up to traditional DIY and jobs such as fixing a router, installing smart devices in the home and backing up data are considered to be as useful, and sometimes more useful than traditional DIY tasks like installing a washing machine or hanging wallpaper. And what’s more, it is older people that view these skills most positively. So you may actually be good at DIY anyway. If family members have asked you to fix a virus riddled-computer, reset the modem or install a smart bulb, you can add ‘good at DIY, thanks’ to your resumé.

If DIYs were really something everyone should be able to do, why are there so many professionals going to trade school to learn the skills to do it for us? And according to a 2013 survey by Manpower, skilled tradespeople such as electricians and plumbers are in high demand because they are scarce. The money is good, so if it’s easy as these studies claim, why aren’t people filling these jobs? Maybe because it’s hard.

The housing market is partially to blame

OK, so maybe there’s a difference between putting up a shelf and fixing the faulty wiring. Shouldn’t everyone be able to at least make basic repairs around the house? Well, have you seen any recent statistics for home ownership? More people are renting now than at any point in the last 50 years. More than a third of American households are rentals, so that’s more than a third of people who either can’t, or would need permission from their landlord to carry out even minor repairs. So with the best will in the world, that’s one in three folks (probably higher among millennials who are over-represented in the rental sector) who isn’t actually allowed to get good at DIY.