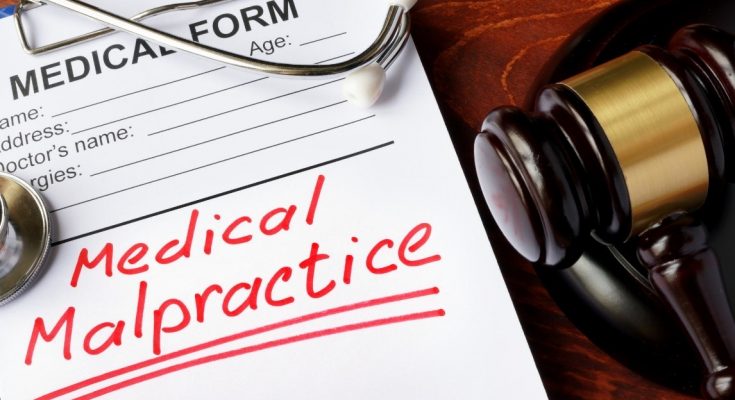 This leads to injuries, worsening of patients’ conditions, or even death.

However, before you call your attorney, you need to know what qualifies as medical malpractice. For you to actually have a case, you need to sufficiently prove that your injury or condition’s worsening was a result of your doctor’s negligence.

In this piece, we’ll look at what qualifies for medical malpractice so you can know whether you have a solid case in your hands.

Read on to find out the basics of medical malpractice and if you’re a victim of it.

What Is Medical malpractice?

Medical malpractice occurs when a patient is injured, or their condition worsens because of a healthcare expert’s negligence. What qualifies as malpractice varies from state to state, but some scenarios apply across the board.

Before you take your matter to court, it’s a good idea to get all your facts right.

When Should I Initiate a Malpractice Lawsuit?

The law doesn’t consider every mistake by your doctor or a medical practitioner as medical malpractice.

Most diagnoses, for instance, don’t count as medical malpractice, because even the most experienced doctors aren’t immune to mistakes.

A malpractice proceeding is very lengthy and costly. As such, it makes sense to approach the court only if you have a solid case in your hands. In doing so, you save a lot of time and money, and you increase the chances of a favorable ruling.

Here’s are three signs that you should file a medical malpractice lawsuit in court:

The Doctor Was Negligent

To have a viable case, you must show that the injury you sustained wouldn’t have happened had the doctor not been negligent. So less than stellar service from your doctor doesn’t count as medical malpractice.

You must prove beyond a doubt that the doctor wasn’t reasonably skillful in the administration of their duties. That’s why you need a medical expert in most of these hearings to confirm whether the doctor deviated from the usual “standards of care.”

There Was a Doctor-Patient Relationship in Place

This means that you must prove that you hired the doctor and that the doctor agreed to give you medical services.

The doctor must have actually treated you for you to initiate the proceedings against them.

You can’t base your lawsuit on anecdotal evidence or file a lawsuit on someone’s behalf. It’s very easy to prove you had a physician-patient relationship with the doctor you’re suing. Anything from medical records to prescriptions is proof that the doctor rendered medical services to you.

It might be difficult proving your case if the doctor didn’t treat you directly. For instance, if the doctor gave instructions about your treatment to a resident doctor. You may still have a case, but not a very strong one at that.

The Negligence Led to the Injury

Most malpractice cases involve patients with injuries, or patients that are already sick.

Because of this, you need to be clear about what exactly the doctor did to exacerbate the injury or the condition. You should also demonstrate that the doctor’s actions worsened the situation.

For example, the doctor’s treatment must directly link to your injury or condition. You can’t sue for someone who succumbed to illness instead of the treatment. That is, unless the doctor didn’t issue the treatment as per the correct procedure.

Once you can directly link the injury or death to the doctor’s negligence, then you can successfully sue for medical malpractice.

The medical expert also comes into play to show how the doctor’s negligence amounted to the worsening of the patient’s situation.

The Malpractice Led to Significant Damages

Sometimes you don’t need to sustain injuries or worsening of your condition to sue for malpractice.

Cummings law can help you sue for malpractice if the doctor’s actions were detrimental to the patient’s physical, mental, or economic situation. Here are a few instances where you can also sue for medical malpractice.

Malpractice proceedings are unlike your usual court cases. There are a few additional requirements that you should be aware of before the hearing.

Some of the special requirements include:

Proper Healthcare Is Your Legal Right

You deserve proper healthcare from any medical practitioner you hire to attend to your injury or illness. If you think you’re a victim of medical malpractice, you should consider filing a malpractice lawsuit.

Now that you know what counts as malpractice, all you need now is the right law firm to represent you in court.

Be sure to check out our other pieces for more informative reads.