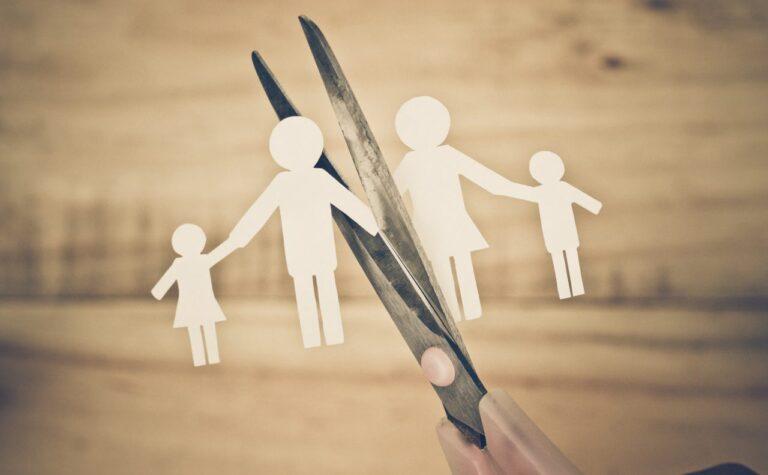 Going through the process of divorce is not only painful but depressing and costly to manage. Couples, at times, go through the extremes of doing things that they should have avoided to save themselves from future regrets, which could impact negatively.

Whereas one is facing it hard, it’s essential to think about the future and look for ways to manage the divorce process is a lesser painful and cost-effective manner. After all, it will be far better if all these bitter moments are handled more efficiently. As such, there are some things that one should never do during a divorce to contain a painful situation, and some of these are;

As you prepare for divorce, it’s paramount to set some money aside to cater for court fees and other expenses that relate to the facilitation of the entire process.

Always confirm that there are copies of each of the documents that may be required during the asset settlement process. Since these need finances, do not forget to have some cash to avoid disappointments when there is nothing to assist in the completion of such. The documents include insurance policies, title deeds, bank statements all that the court will demand during the court attendance, and hearing.

If children are used during the marriage break up process, it ends up hurting them to the extent that as they grow up, they will leave a rejected and frustrated life. At one time or another, they will not be ready to give you full support when you are in need when they remember how they were innocently involved in your divorce plans which should not have been the case.

In any case, the judges hardly rule in ones favor if they find out that one is manipulating the children.

In many instances, couples assume that any additional debt that is incurred during the divorce process will be divided equally amongst themselves. However, this is not the case. The moment the process of ending the marriage takes off, each person becomes responsible for his or her financial obligations, and as such, one should avoid making such a mistake. It only becomes ones own financial burden at the end of the day.

Out of bitterness, people often report to the Spouse’s office and share out their private lives to their bosses. This hardly turns out well and could lead to termination of your ex. It’s therefore wise to keep off family issues away from the office; after all, if the Ex offers support to the family, then there will be no support after termination, and both of you end up suffering.

5.       Never report false accusations about child abuse by your Spouse

This is one of the mistakes that people who are separating often make. Victimizing your Ex on the ground that they are abusing the children so that you could win the case does not end up well and especially if the process of separation has already begun. In most cases, the court terms this as a false allegation which cannot be used to determine the case.

At times, a person becomes very bitter such that he or she is not able to control the emotions. They go out telling every person about their break up plans which may not have been necessary. In any case, people celebrate when they hear of one’s downfall and with this in mind, choose whom to share with about such plans to avoid embarrassment.

Whereas these are the people that we all run to when we have problems, watch out getting advice for them. The reason behind this is because they will feel your emotions and may not act in the right manner and even mislead you. It’s critical that one should keep off from any legal or financial advice from family. The only role they should play is the emotional part of it. Men often find themselves in situation where they are unable to share and not show emotions even with family without the fear of being judged but they should join mens group where they have open and honest environment without judgement or any advice.

An attorney will offer legal advice according to the weight of the divorce case. At times, you may not handle it by yourself, and with this in mind, there is a need to get professional counsel, and this will only come from a competent lawyer. In the event the issues are contentious, the lawyer will be in a position to represent your issues in a court of law in a presentable and acceptable manner before the judges.

If you are not using an online divorce service, then it is vital to seek the services of an attorney however simple the case may seem.

Let’s take an instance of a Facebook post where one can update the status page about your arrogant Spouse; In the event, one of the Ex’s friend gets into contact with such information, they may print the evidence and present it to the judge.

This will end up working against you, including obtaining the child’s support if you become the child custodian.

10.   Do not fight while living under one roof.

As you continue waiting for the divorce proceedings, while still living in the same house, avoid fighting each other. Some couples engage in physical fights, and if this is reported to the courts, one can be given full authority over the house and leave you with nothing. It’s, therefore to play it safe and maintain peace until the decree is made.

11.   Do not engage in a new relationship during the annulment process.

Couples make a mistake of indulging themselves into a romantic relationship in a bid to manage their emotions and hurts, However, during the divorce process, one should avoid being in another relationship to be able to make sober decisions that are not dictated by the current situation.  Remember that even though you are no longer living together, the court will only declare you separated after the decree is made and as such, the EX spouse can use the relationship to his or her advantage during the divorce settlement process.

12.   Never refuse to communicate with your Spouse.

People make mistakes of going numb to your Spouse. Usually, the communication should be maintained about the divorce process. This could reduce the costs involved in engaging a third party to make decisions on your behalf, which could have been avoided if communication was managed.

The essence of understanding the do and don’ts of divorce matters. It offers to help you know when to do it right or when to avoid issues that could hurt in the future. With these points in mind, one can know how to overcome the hurdles that come along with marriage breakups and get solutions more quickly.